This Custom Royal Enfield Classic 500 Has Built Some Muscle 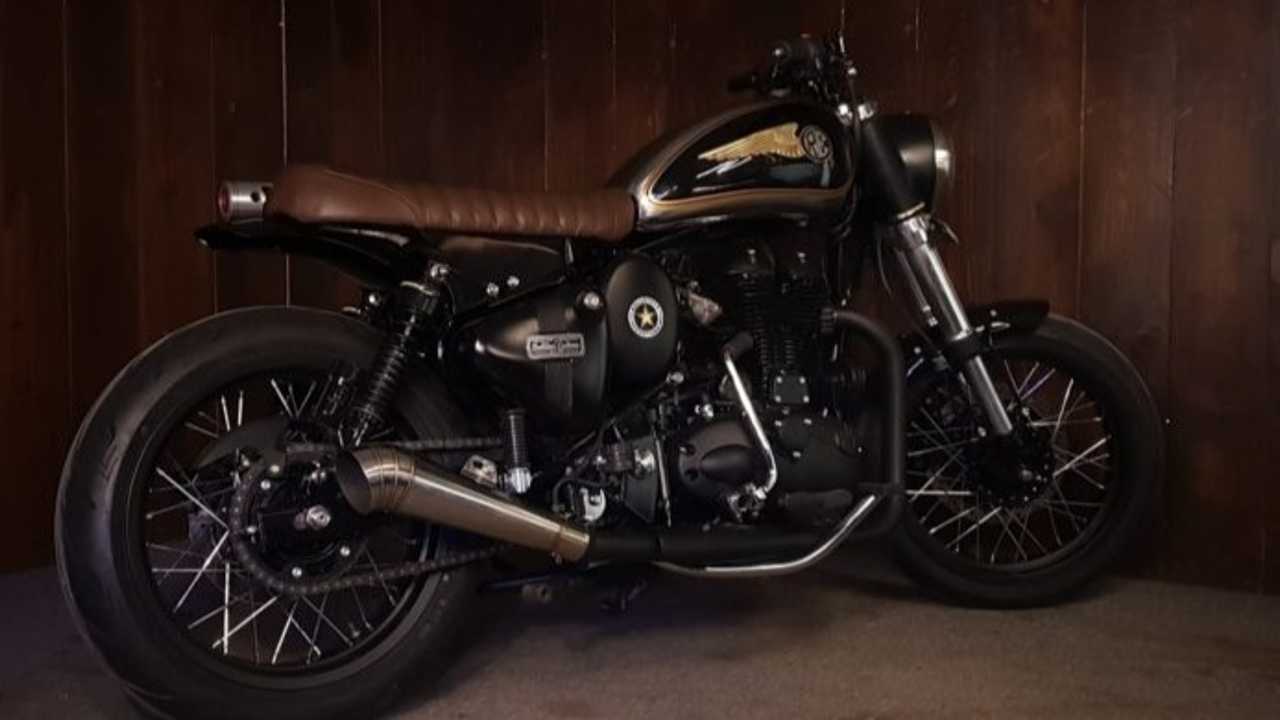 A brat-style makeover for this retro machine.

Royal Enfield has fast become one of the most popular motorcycle manufacturers across Asia. In Europe and the U.S., the Indian motorcycle manufacturer has made its presence felt, thanks largely in part to its hotshot 650 twins, the Continental GT and Interceptor 650. The company also has a fleet of other impressive motorcycles, all of which are loved for their charming simplicity and bulletproof construction.

Another reason why Enfields are so popular is because of their styling. I've talked about how the whole classic-styling exercise is definitely more than just a fad, and Royal Enfield is a living, breathing example of this. Apart from being gorgeous out of the box, RE's machines make for the perfect blank canvas for motorcycle builders to unleash their artistic potential. Such is the case with this custom brat-style bike we have here today.

If you hadn't read the title of this story, it would be hard to tell that underneath this bike's muscular exterior resides the tame and docile Royal Enfield Classic 500. Built by popular Indian custom motorcycle shop, Bulleteer customs, this bike has undergone quite the makeover consisting of loads of bespoke parts. For starters, the folks at Bulleteer have swapped out the stock halogen headlight in favor of a more modern full-LED unit adorned with a brushed steel rim. To beef up the front end even further, a set of inverted forks has been fitted, while a custom front fender was fabricated out of sheet metal.

The bike also gets a new fuel tank which is slightly larger and beefier than the stock unit. To top it all off, a custom brown leather saddle with a cropped tail was crafted, to give the bike a compact aesthetic. The Classic 500's standard 18-inch rims were swapped out for smaller but wider 17-inch units, with sportbike tires wrapped on both ends. As far performance is concerned, Bulleteer Customs has left the 499cc, air-cooled, single-cylinder engine found in the Royal Enfield Classic 500 largely untouched. That said, this custom brat-style machine pumps out a docile 27 horsepower, via its rudimentary five-speed transmission.