Is it a small big bike, or a big small bike?

We’ve known that Harley-Davidson has plans of rolling out a 300cc cruiser in the not-too-distant future as part of its ‘Rewire’ strategy for some time now. We also know that said 300cc cruiser is being co-developed by Chinese motorcycle manufacturer, Qianjiang Motor (QJ Motor). Now, while China-U.S. relations are not something I want to talk about, this new bike certainly is.

As it would appear, the baby Harley seems to be coming even closer to reality. Previously, we only had the concept art to show just what the American-Chinese venture had in store for us. This time around, we have an actual photo from type-approval documents filed by QJ Motor for the SRV300. Now, while this bike bears the QJ branding, I’m almost certain that this bike will be the basis for the upcoming entry-level Harley-Davidson positioned for the Asian market.

Interestingly, the new bike features a V-twin engine. Now, given the fact that it bears a displacement of just 296 cubes, this means that this could be the cutest and most compact V-twin to wear the Harley badge. On top of this, we can see that the overall design of the SRV300 draws heavy inspiration from some of the MoCo’s bigger bikes, such as the Sportster Iron 883, and the now-defunct Street 750. While not producing as much grunt as its bigger half-siblings, the SRV300 pumps out a decent 30 horsepower—plenty powerful for the folks over in Asia.

As it would turn out, the partnership between Harley-Davidson and Qianjiang Motor seems to be going strong, with no signs of slowing down. Indeed, the Asian market is a good place for Harley-Davidson to increase its sales volumes, thanks to a growing economy, which translates to increased buying power within the middle class. While a cult following for H-D’s big bikes does exist in multiple Asian countries, the MoCo stands the chance to grow its brand even further by tapping into the mid-tier segment, and positioning its smaller bikes as aspirational products to first-time big bike riders. 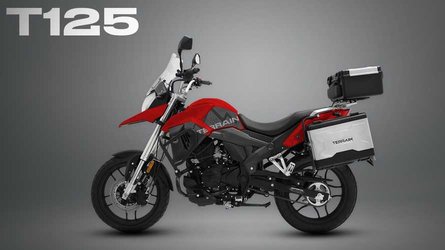 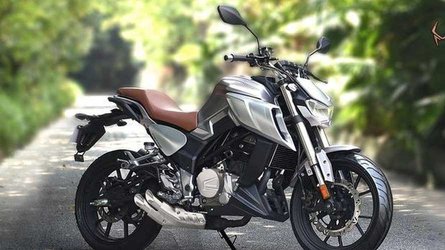 The Senke SK400 Could Be Storming The Global Market Soon