The Senke SK400 Could Be Storming The Global Market Soon

It comes with a parallel-twin from CFMoto.

Love them or hate them, there's no denying the big Chinese elephant in the motorcycle industry. With bikes from China taking the world by storm thanks to their decent componentry and extremely affordable price tags, more and more people have embraced the two-wheeled lifestyle. Popular name brands such as Benelli and CFMoto find their roots in China. In fact, industry giants like Harley-Davidson and KTM have partnered with Chinese manufacturers.

That said, more and more players from China are seeking to enter the global motorcycle market. Latest of which could be Senke, with its newest naked bike, the SK400. Featuring a sharp streetfighter aesthetic similar to that of its smaller sibling, the SK250, the Senke SK400 doesn't seem to be impersonating any notable character in the mainstream motorcycle world.  While there are some similarities in terms of styling with the Kawasaki Z400, it's clear to see that the Senke SK400 isn't a blatant rip-off of the Japanese naked bike.

The Senke SK400 will feature similar styling as its smaller sibling, the SK250.

Diving into the tech side, we find a CFMoto engine—a 378cc parallel-twin engine, to be exact. Borrowed from its fellow Chinese manufacturer, this engine is rated for 36 horsepower, and has a top speed limited to around 90 miles per hour. It's interesting to note that this engine seems to be a different variation than that found on the CFMoto 400 NK, which features a slightly higher displacement of 400.4cc, and a power output of 42 ponies.

Other than the engine, the Senke SK400 is equipped with ABS as standard, and features pretty basic tech. While Senke has not revealed any plans of launching the SK400 outside of mainland China at the moment, I won't be surprised to see this naked bike make its way to other markets in Asia, Australia, and possibly even Europe under different brand names.

Made In China, Is It Really That Bad?: 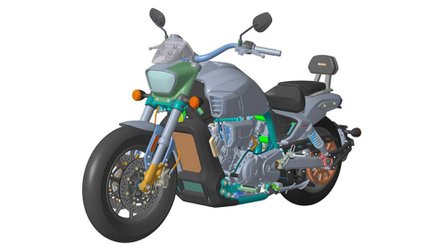 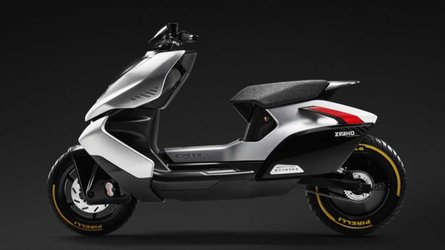