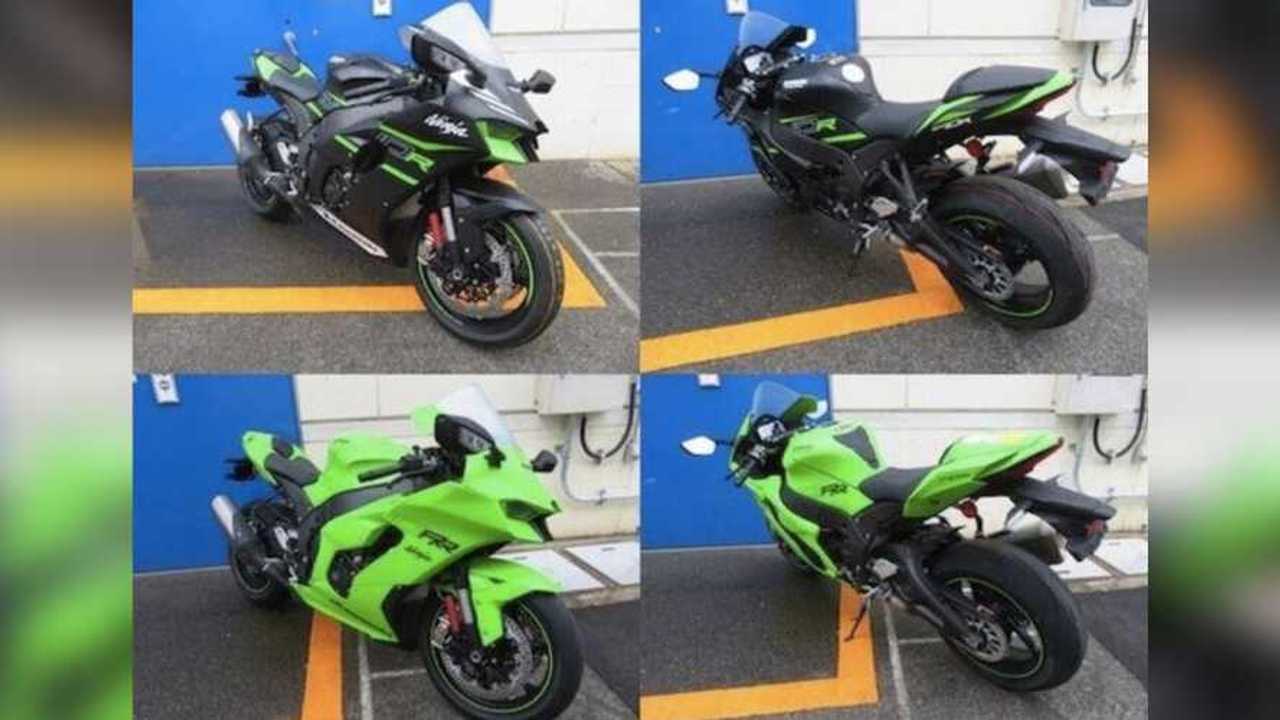 A leak from the Land Down Under.

When Kawasaki announced that it would unveil six new bikes on November 23, 2020, we took a closer look at what is missing from the 2021 and went over some rumored models we had documented. Our list included a KLR650 replacement (wishful thinking), a KLX250, and possibly even a Ninja H2 with adaptive cruise control.

The most likely supposition we had was regarding the Ninja ZX-10R. Though Kawasaki announced its 2021 street lineup, the ZX was conspicuously missing from the announcement. Considering the bike also needed some form of an update to make it Euro 5 compliant, our assumption was that Team Green also took the opportunity to upgrade the design. That would warrant a proper unveiling. We also suspected the ZX-10RR to tag along and receive similar updates.

We now have the confirmation that both a new 10R and 10RR are on their way after pictures of what looks like the overhauled versions of the two liter-sized sportbikes were spotted in Australia.  We can expect the bikes in the pictures to be the ones we’ll see on stage in a few weeks.

From a design standpoint, the two bikes borrow a few stylistic cues from the Ninja H2 with the dramatic front end—though the SX SE’s air ducts and projector cluster is replaced by a dual headlight design. The fairing looks more streamlined, made from a single piece instead of the outgoing model-year’s combination of glossy and matte plastics. The fuel tank’s exaggerated shape almost looks like a mushroom, larger at the top and narrower at the knees. Based on the pictures, it doesn’t look like Kawasaki touched the frame (though materials might have been altered).

Several publications have also got their hands on documents from the Australian Department of Infrastructure, Transport, Cities and Regional Development that give us a glimpse at the updated bikes’ specs. According to the documents, the 2021 ZX-10R will produce 200 horsepower at 13,200rpm (versus the same peak power at 13,500rpm for the current model) while the ZX-10RR will reach its peak 201 hp output at 14,000rpm instead of 13,500.

In the U.S., according to NHTSA documents found by Motorcycle.com, the 10R is going to be rated at 186 hp which is the same output as the 2020 model.

By the looks of it, the changes aren’t quite as dramatic as we anticipated—though that new look suits the bike very well if you ask us. We’ll probably get the full rundown on November 23.