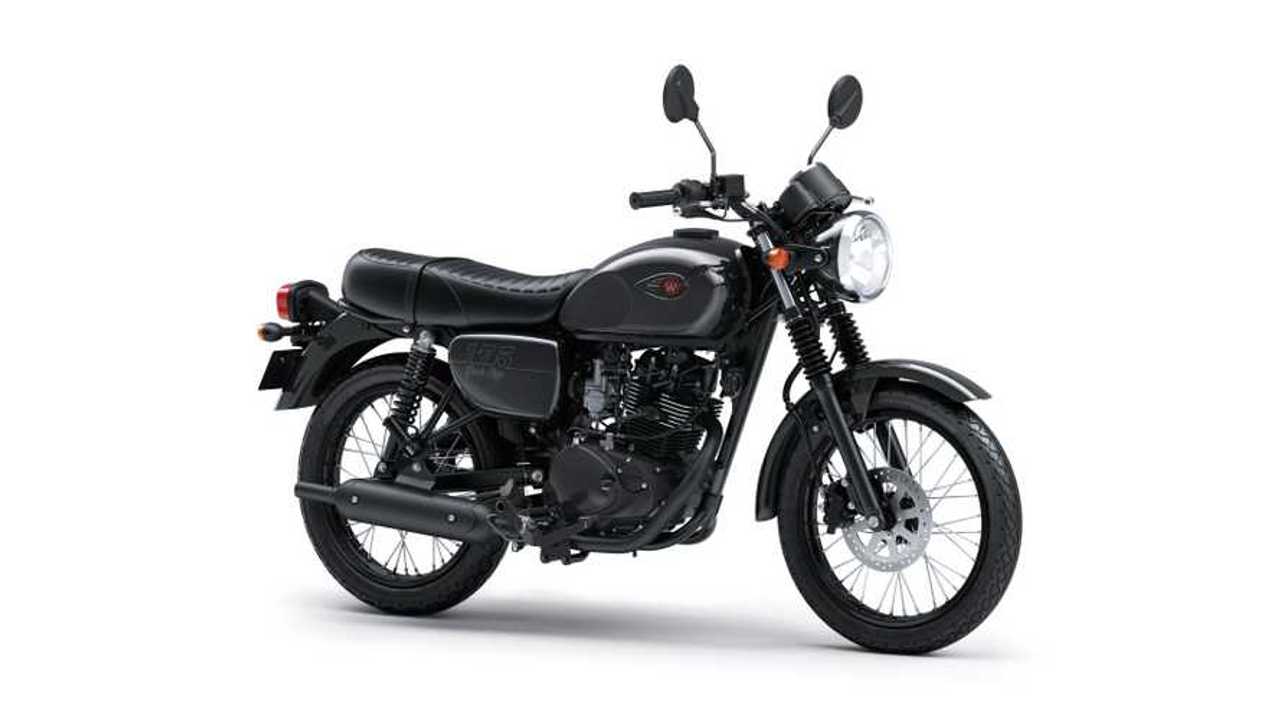 The littlest W will enter a new market.

In North America, we only get the W800, the largest of Kawasaki's W range. Elsewhere in the world, such as Thailand and Indonesia, it has a little brother, the W175. This is a smaller retro bike that looks like a heck of a lot of fun. That fun will now be coming to India in 2021.

The W175 looks very much like the simple bikes of the 1970s and 1980s, in part because it is still that simple. It has all the classic styling elements like a round headlight, an analog gauge cluster, a teardrop fuel tank, wire-spoked wheels, and a pea-shooter exhaust. The W175's engine is a 177cc single-cylinder, air-cooled, producing just 13 horsepower and just under 10 foot-pounds of torque, with a 5-speed transmission. Think of it as an upsized retro Z125, even though it has little in common with that model mechanically. A closer comparison would be the Kymco Spade, which also has a retro look about it.

Perhaps the W175 isn't sold here because it's too similar in size and performance to the Z125. In India, though, it will compete with comparable Royal Enfield and Jawa models. Kawasaki would likely import it in pieces, then assemble it in India to keep costs down. The Indian version may also get fuel injection to meet BS6 emission standards.

The Indian version of the W175 is expected to cost around Rs. 1.4 lakh, or about $1,920 US. Performance-wise, it won't keep up with the Royal Enfield Bullet 350, Jawa Forty Two, and the revived Honda CB350, but it will cost less, becoming the most affordable retro-styled bike of this type available in India.

I love little bikes like this. Out of the options currently available in North America, I would seriously consider the Kymco Spade over the Honda Grom and Z125, in part because I prefer its retro styling. If Kawasaki brought the W175 here, though, it would probably jump to the top of my little bike list.