Honda Revives The CB350 To Fight Royal Enfield On Its Turf

Your daily dose of nostalgia.

The Honda CB series is one of the best-known lines of products in motorcycle history. Honda continues to make CB to this day while the 60s and 70s models are regulars of the used markets and auction scene. While CB by name, models including CB650R or CB500X are clearly an evolution of the original CBs rather than an homage. In fact, Honda is one of the only bike makers that hasn’t played its nostalgia card.

That was until now. Honda launched the all-new H’ness CB350 in India and we’re getting blasted by the past. 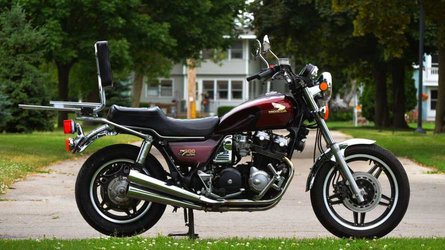 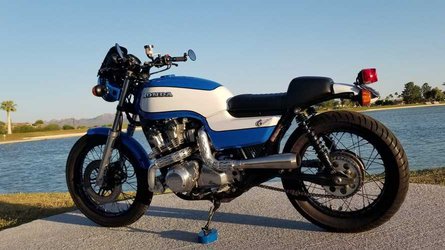 This Turbo 1979 Honda CB750 Is Not Your Average Cafe Racer

With the promise to go after Royal Enfield in the neo-classic segment and rumors suggesting the bike to beat the likes of the Bullet 350 would be the Rebel 300, we were starting to think that Honda wasn’t taking this whole competition thing very seriously.

It sounded like the brand that leans on the more conservative end of the spectrum was going to rehash an existing model and attempt to convince people that a bike like the Rebel had the chops to measure up to Enfield on its turf.

Thankfully, the rumors were wrong, and Honda finally decided to play its nostalgia card. Team Red revived the CB350 for the Indian market. That's more like it. Sadly, the gaudy name Highness, spelled H’Ness, stuck. We couldn’t have it all.

The design has all the classic flare required to attempt to take a chomp at Enfield’s share of the market. It looks like the original CB350 was never discontinued and evolved through the decades instead, which is pretty much what Enfield is all about.

Perhaps most interestingly, early rumors suggested that the new model would likely be based on the Rebel. We learn today, however, that it runs instead on a new 348cc single, mated with a five-speed gearbox and rated at 20 horsepower and 22 lb-ft of torque. The new bike also comes with an LED headlight, Bluetooth connectivity, a digital/analog instrument cluster, a telescopic fork at the front, dual rear shocks at the back, and traction control. That sounds like some serious equipment for the entry-level segment, and it is.

Where Honda messed up its illusion is in the price tag. Royal Enfields are so popular thanks to their affordable price tag. For instance, a Bullet 350 goes for Rs 1.3 Lakh, or roughly $1,760. Local media expects the H’ness CB350 price tag to start at around the Rs 1.9 Lakh mark or around $2,575, a steep premium for the local market.

Bookings for the new model are now open and the bike should land in the showrooms in the upcoming weeks.