Big plan, but what bikes will come from this?

Honda might be India’s second-largest maker of two-wheeled vehicles (behind only Hero MotoCorp), but since when is anyone content to be second? Being number two means there’s room to grow, and it sets a challenge. Honda India owes much of its success to the Activa scooter’s popularity—but its motorcycles in the market have some catching up to do.

Enter the India-only (for now, anyway) Honda Hornet 2.0. It’s small, and practical for commuting—but still exciting. Is it the jolt in the arm that HMSI needs? Since it only came out in August, 2020 and I’m writing this in September, 2020, that remains to be seen—but it’s definitely one step in a new direction.

It’s far from the only thing Honda India has up its sleeve for the market, though. Up until the Jawa brand was reborn, Royal Enfield was pretty much on its own island, as the only OEM putting out the kind of retro-y bigger bikes that are the company’s calling card worldwide. If you’re the only one in your niche, you kind of win by default. Honda wants to change that.

“We do not have that kind of India-oriented fun bike. We have several big bikes selling in India in limited quantities. Of course, we must study this kind of new category. Sooner than later you can see an answer on this,” HMSI president, CEO, and managing director Atsushi Ogata told Moneycontrol.

That quote points in a certain direction without giving away too much information. Additional sources suggested that Honda may be thinking along the lines of a Ducati Scrambler competitor. At this point, it’s just hearsay, with nothing concrete or on the record to back it up—but that hardly means we can’t start thinking about what that might look like.

While Honda India is of course thinking about what kinds of motorcycles will best suit that market, we also can’t help but wonder if any new models introduced to compete with the modern retro appeal of Royal Enfield or the Ducati Scrambler family might eventually find their way to the rest of the world. Only time will tell what, if anything, comes of this—but we’ll stay tuned and look forward to learning more. 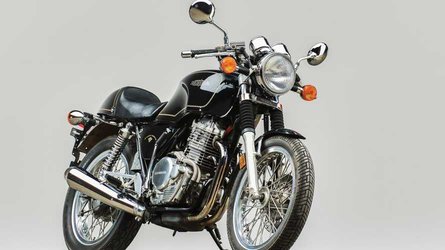 The Honda GB500 Was A Retro Bike Ahead Of Its Time
⠀ 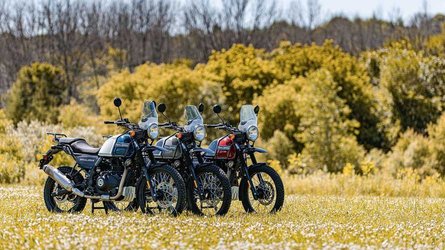 Updated New 2021 Royal Enfield Himalayan Coming To The U.S.
By: Janaki Jitchotvisut
++
++
Got a tip for us? Email: tips@rideapart.com