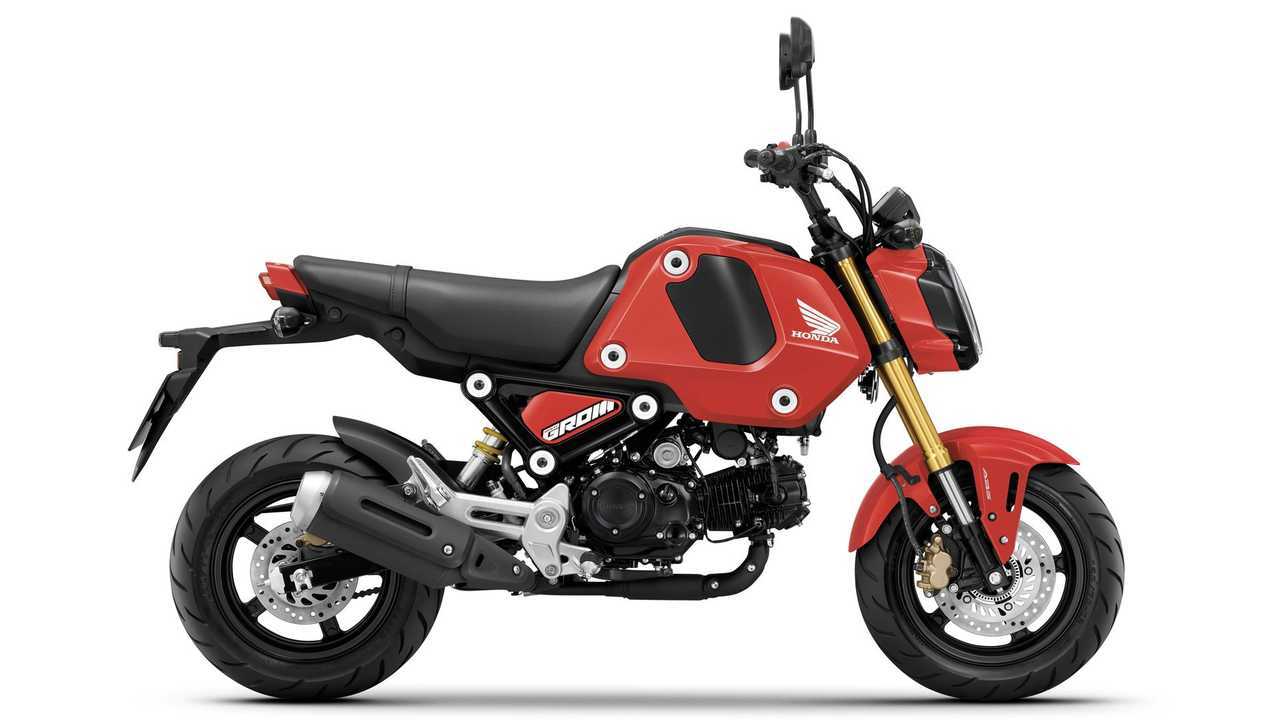 One of the latest Team Red-related rumors suggested that the little Grom was next in line to get its Euro 5 update and potentially receive a design upgrade in the process. Japanese outlet Young Machine shared an image of what looked like the thoroughly redesigned miniature naked.

While some rumors take weeks and even months to be confirmed—if at all—this one was a quick turn-around. From a fuzzy leaked picture, the new Grom is now a reality. Honda unveiled the 2021 model-year in Europe and North America should be next.

While in the U.S. (and the rest of the world), we know the bike as the Grom, it was actually selling as the MSX125 in Europe. That now changed as Honda standardized the bike’s naming convention worldwide by adding Grom to the model’s European nomenclature.

The changes for 2021 are significant, the most obvious of which is the design. The bike receives a new octagonal headlight with the flashers now sitting on top of the head cluster. The side panels are also new with larger, stand-alone fuel tank covers and small triangular side plate look-alikes. A new flat saddle sits on top of the frame while the chassis itself remains unchanged. The overall effect is more minimalistic and even, dare we say a little retro.

More interestingly, the new Grom is now easily customizable thanks to the quick-release body panels—that’s what the six screws with contrasting washers are for. We can assume that Honda is going to offer a selection of fun-colored body panels that future owners will be able to swap themselves.

The 2021 Grom runs on an updated 125cc single rated at 9.6 horsepower and 7.74 lb-ft of torque, now paired with a five-gear transmission, up from four. Everything else from the 12-inch wheels to the 31mm inverted fork suspension to the 30-inch saddle height is the same as the previous model year. Based on the information available on the Honda U.K. website, the bike weighs in at 227 pounds, which is two pounds lighter than the 2020 model. Honda has yet to announce European pricing and availability.

Considering that on this side of the pond, the 2020 model-year is still featured on the Honda website, we think it’s safe to assume that the updated 2021 Grom shown in Europe will come our way shortly.