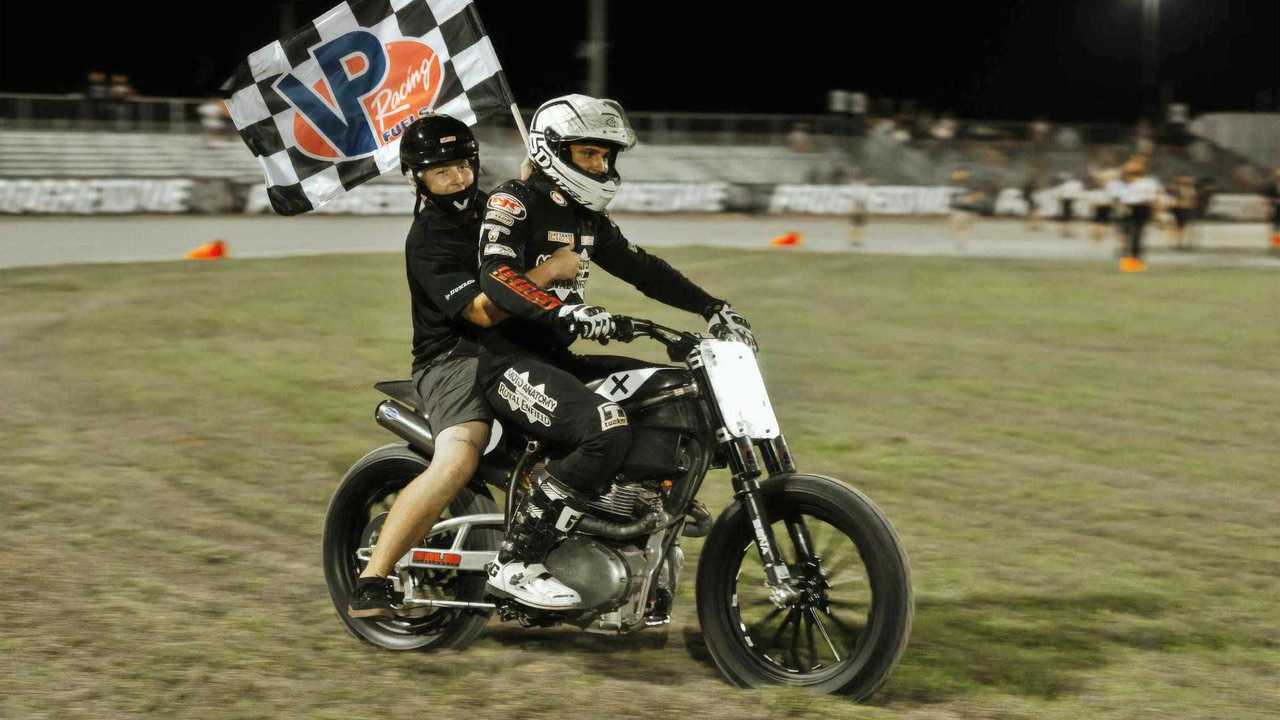 Great things ahead after the team's first year in the sport.

Winning is always the goal—but if you’re gonna do it for the first time, why not make it as dramatic an event as possible? American Flat Track just saw its first-ever Royal Enfield win at the Daytona finale in October, 2020.The winning bike was ably piloted across the finish line by the Moto Anatomy team’s Johnny Lewis.

This first-ever Production Twins class win marks an important point in Royal Enfield’s history. Not only is it the OEM’s first-ever AFT win, it’s also their first-ever factory racing competition win. That’s kind of a big deal, and one Enfield and Lewis are happy to celebrate.

Enfield wasn’t even expecting to win in its first season, so it’s an especially nice surprise to have already done so. Doing it at the finale almost feels like an exclamation point of added drama, too—especially since Lewis dominated the field by leading the entire race from start to finish. He rode the lone Enfield in the pack, against Yamaha MT-07s, a slew of Kawasaki Ninja 650s, and a couple of Harley-Davidson XG750Rs.

"Just over a year ago we decided to go flat track racing in AFT," said Adrian Sellers, Head of Royal Enfield Customs.

"The goal for our first year was to learn and work towards competitive results. We couldn't have imagined that we would win a race, and the result at Daytona I is overwhelming. We've had an incredible season of development, and the team has given its all to finding the solutions that got us over the line. Whatever happens at tomorrow's race, we'll go into the off-season and next year fueled by the knowledge that we can win."

How long will we have to wait to see what Enfield can do for the 2021 season? AFT hasn’t announced its 2021 calendar yet. However, if things work in similar fashion to 2019, next year’s race calendar will probably be unveiled some time in November, 2020. While the 2020 season was shortened due to the global pandemic, it’s unclear what effects, if any, will be felt in 2021.

Royal Enfield's Build Train Race Program Is Taking On Road Racing
++
Got a tip for us? Email: tips@rideapart.com