What Happens When A Ducati Panigale Meets An Italjet Dragster? 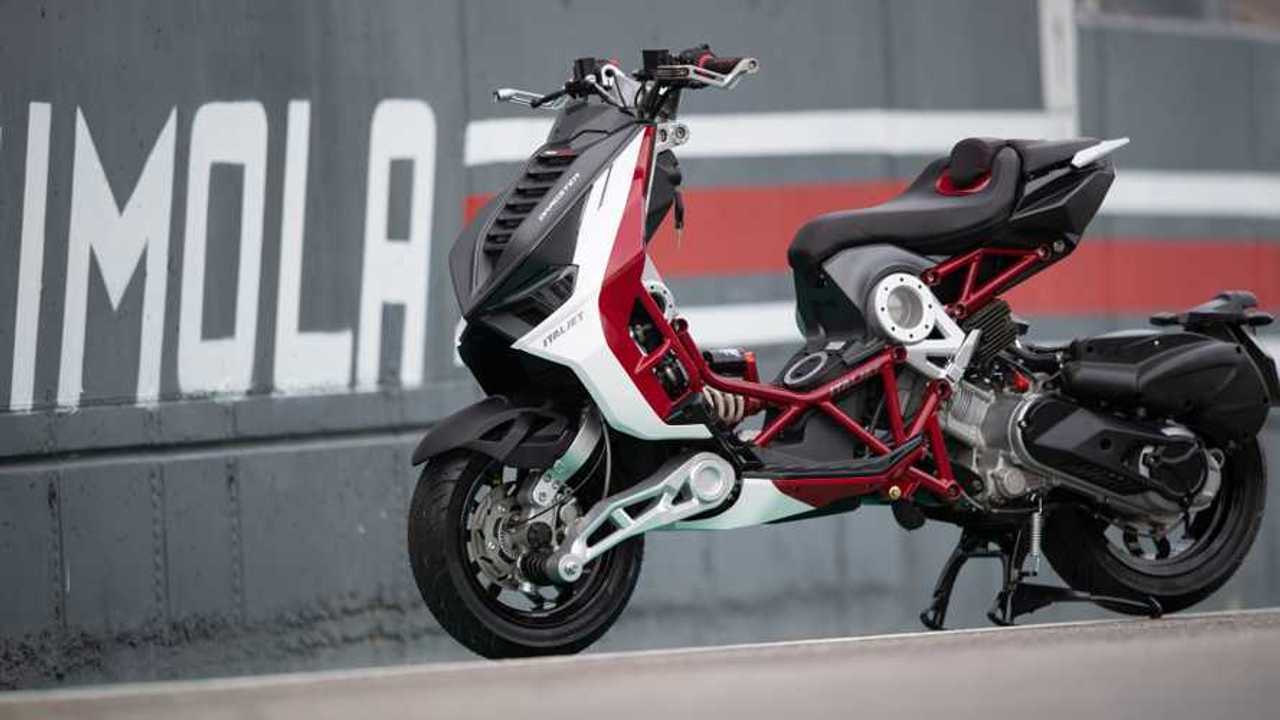 Only on digital paper ... for now.

Ducati is no stranger to teaming up with non-motorcycle companies for certain branding opportunities. Take the Ducati-branded Lenovo laptop unveiled at CES 2020, for example, or its collaboration with e-bike maker Thok on the MIG-RR. With recent collaborations like those in mind, it’s not so difficult to imagine Ducati teaming up with Italian scooter-maker Italjet on a one-of-a-kind scooter.

Designer Kar Lee envisioned what might come of such a collaboration in a recent post on his Instagramaccount. You may remember his take on a streetfighter version of the Honda CBR1000RR-R SP from earlier this year—and rest assured, he’s been keeping busy.

The verdict: If Jeff Goldblum stuck a Panigale and an Italjet Dragster in his telepods and smashed them together, he'd easily end up with the KarDesign Panigale V2 Scooter. The front end is pure Panigale, while the derrière is decidedly Dragster.

While even casual Ducati fans might be aware that its home base is in Bologna, it’s worth noting that Italjet is based there as well. In fact, Google Maps tells me the two factories are only about half an hour away from each other—folks, they’re practically neighbors. That doesn’t mean they’re under any particular obligation to team up, of course, but it does mean that geography isn’t a problem.

The bigger potential issue, to my mind, is this: The Dragster redesign is essentially a naked scooter. As such, it is absolutely proud of its frame, suspension, and all the other unique underpinnings that make it stand out. Meanwhile, engines aside, Panigales are all about their sleek and aerodynamic bodywork. Setting aside the obvious differences between superbikes and sporty scooters, they’re two fundamentally different purposes and concepts.

If a design like this ever came to market, would you want to buy it, or at least ride it? Or do you think it would end up costing much more than many people would want to spend on a scooter?