How Much Do You Want This Honda Streetfighter CB1000RR Concept To Be Real? 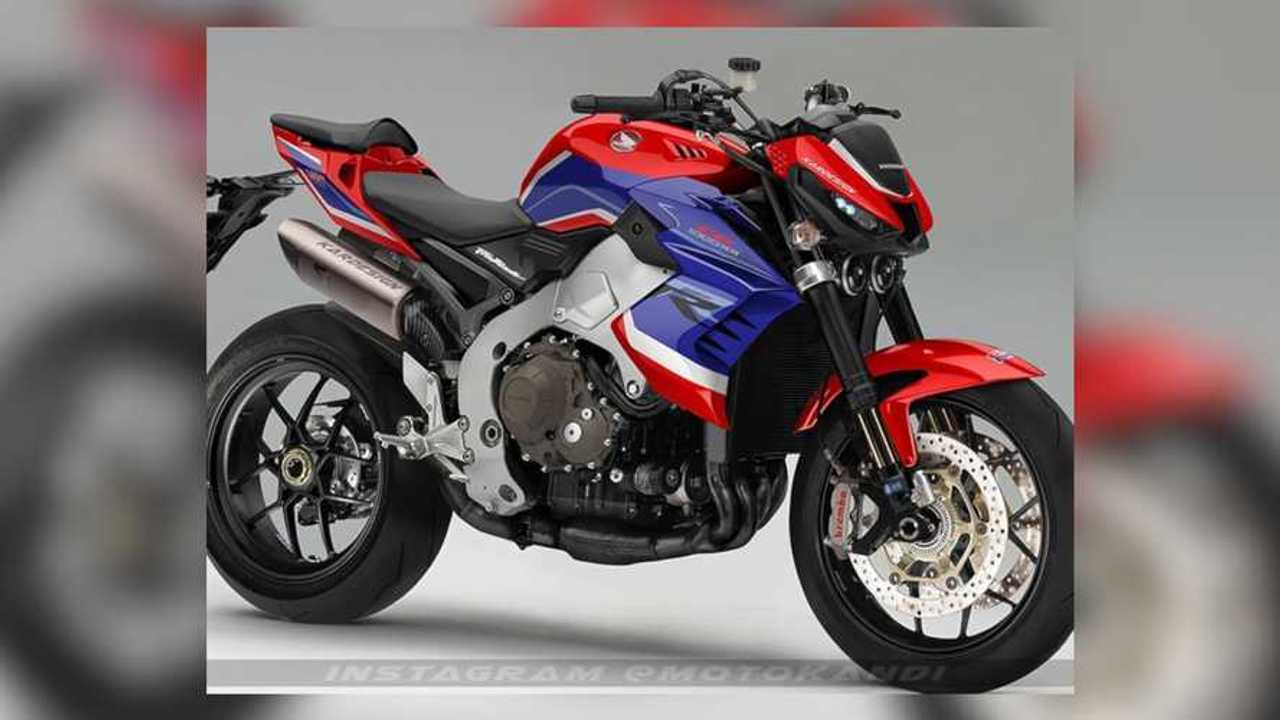 Takin' it to the street.

What would the hotly anticipated Honda CBR1000RR-R Fireblade SP look like as a streetfighter? First-rate imagination miner Kardesign Koncepts is back at it with his latest extrapolation, the CB1000RR. It’s so mean-looking, you guys! I mean, I know, if you say the word “streetfighter” to anyone, they’re not expecting snuggly puppies and kittens galore, but still.

To be absolutely clear, there’s zero word from Honda that it’s even considering a CB1000RR of any type, let alone one that looks like this. What’s fascinating about this design is that it somehow looks tough like that one friend you have who runs and bicycles everywhere, and does Iron Man competitions and marathons just for fun. Not like a bodybuilding street brawler, but more like a lithe, agile scrapper who could still probably take you in a fight.

From Page To Showroom:

Kardesign Koncepts put together two versions of this CB1000RR design, with one in Honda Racing Corporation tricolor and one that’s red, with black and white accents. I’ll always be a fan of most HRC liveries on Honda’s bikes, but that red one looks considerably meaner than the HRC one. It’s a great example of how even small changes can sometimes make a gigantic difference in how something looks.

There appear to be two different versions of the red CB1000RR concept design. One has the same high-mounted exhaust pipe as the HRC tricolor, while the other has a lower, more incognito one. The high-mount design ends in a silver can, while the lower one is blacked out. Its placement makes it flow much more smoothly into the blacked-out engine, headers, and radiator. Additionally, the one with the lower pipe looks more streamlined and ready to pounce, like a subtly menacing big cat.

What do you think about this CB1000RR concept? Would you want one if someone made this bike a reality? Which exhaust routing and color do you prefer?