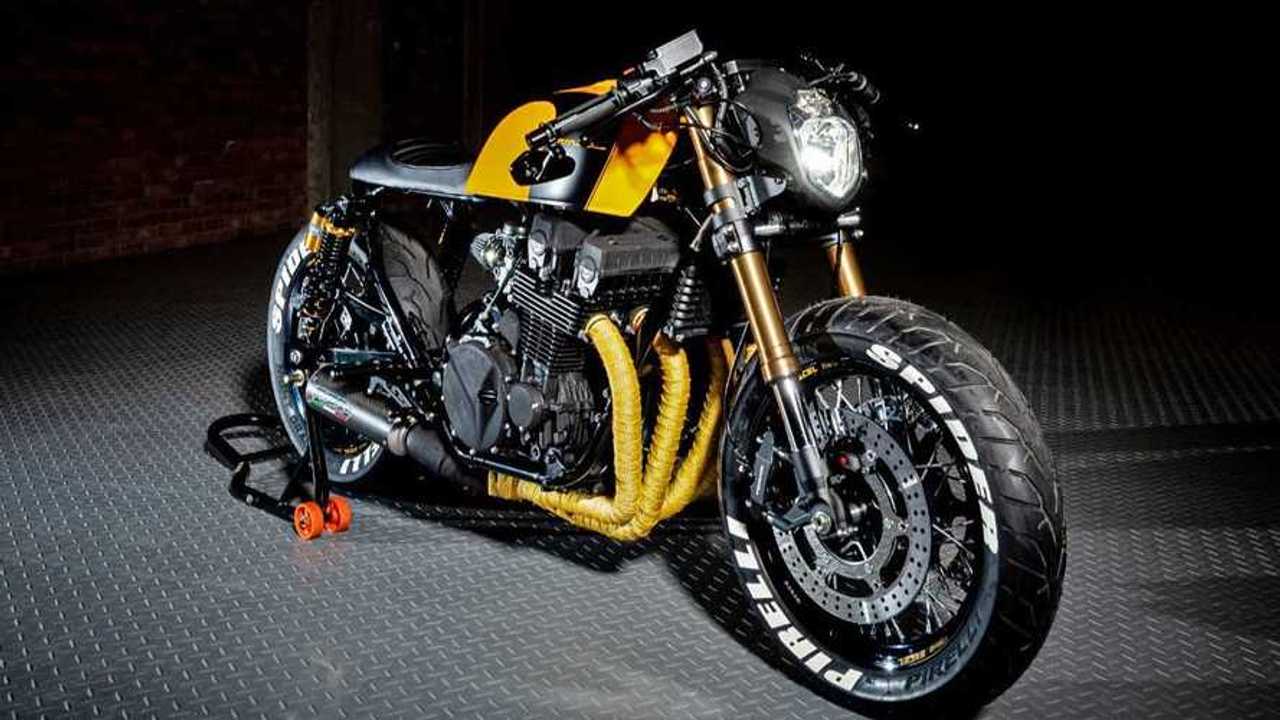 I feel my spider sense tingling.

Krzysztof Rogalinski, also known as KrisBiker, is a self-taught a Polish motorcycle builder with a penchant for head turning custom builds. Having quite a repertoire of builds under his belt, his latest creation is surprisingly his first cafe racer. Dubbed 'The Spider', this bike started life as a Honda CB750 F2 from the mid nineties. Unfortunately during its time, the bike wasn't exactly a showstopper. Understandably, the CB50 F2 had humungous shoes to fill, after the 1970s Honda CB750 Four—one of the most iconic motorcycles in history.

Nonetheless, KrisBiker sought out to make something special of the rather lackluster CB750 F2. Starting off with a custom fuel tank, a unit from a 1970s Honda CB550F was sourced to give the bike a resemblance to its more iconic predecessors. To achieve an aggressive aesthetic, KrisBiker ensured that the fuel tank and seat assembly sat parallel to the road for that unmistakable cafe racer look. Of course, adding to this was is a snipped tail section and a hornet-tail seat that joins seamlessly with the fuel tank. As such, the upper half of the bike looks extremely sleek and compact.

Perhaps one of the biggest challenges of the whole build was the conversion to spoked wheels. Although a seemingly simple job, sourcing a set of spoked wheels for a motorcycle originally designed with alloy wheels can be quite an arduous task. In KrisBiker's case, it took him a whole month of R&D to source and build the bike's wheel set. Adding to the challenge was the fact that a Suzuki GSXR600 front end was retrofitted onto the bike to give it a slightly modern, high performance look and feel. Of course, fitting the front end of a supersport will undoubtedly result in improved handling. To compliment the uprated front suspension, a set of Öhlins rear shocks were mounted, and lowered the bikes rear end by 15mm.

Rounding things off are some ergonomic updates to the motorcycle. A pair of aggressive, low sling clip-ons from Accel were fitted, as well as rear-set foot pegs. To give the engine more pizzazz, a custom 4-into-1 exhaust system with a GPR muffler fitted to the end was fabricated. To top it all off, the bike was finished in a sharp yellow and black color scheme—giving it a venomous aura that strongly compliment's the motorcycle's aggressive stance and styling.