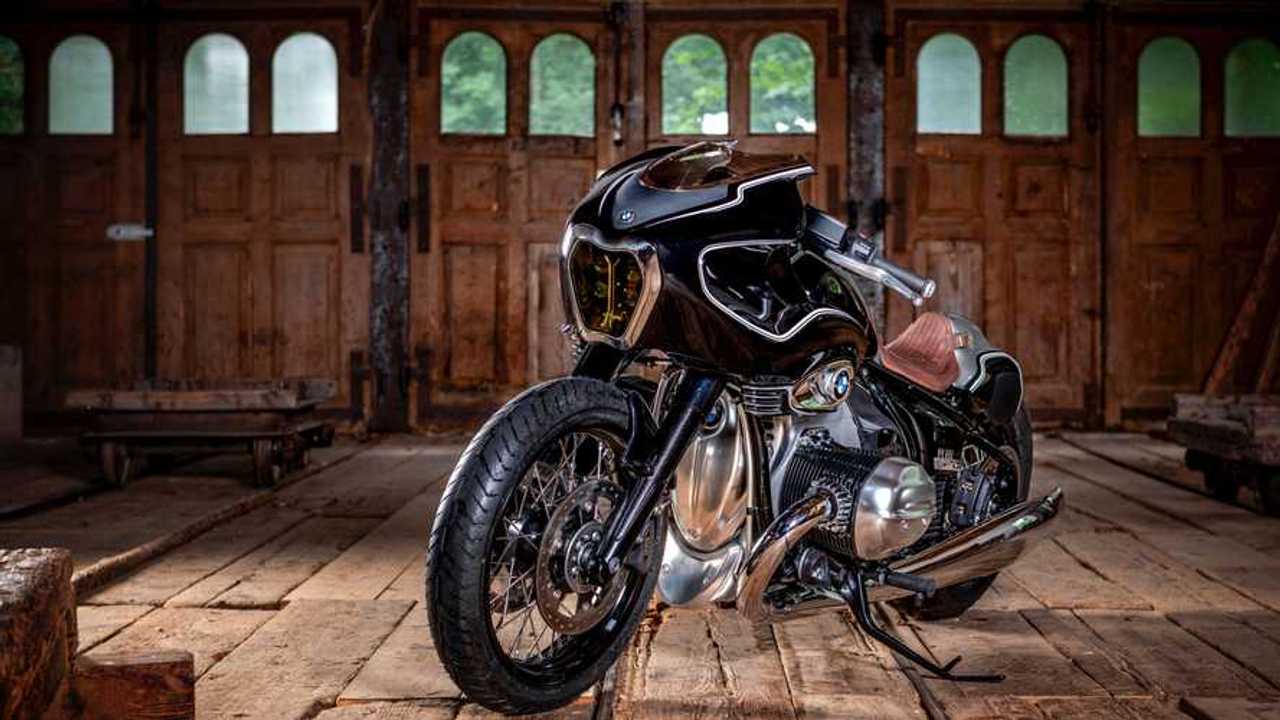 Is this custom BMW R 18 screaming at you, or staring at you? Both points of view are possible upon first viewing the Blechmann R 18, which Austrian customizer Bernhard Naumann—aka Blechmann—put together for BMW Motorrad.

This isn’t the first time Blechmann has teamed up with BMW—and you wouldn’t immediately look at his last BMW custom, the R nineT-based Giggerl, and go “oh, that’s clearly the same shop.” Each of these two Blechmann builds is strikingly unique, with personalities all their own.

The way that front fairing cradles the headlight just so puts me in mind of a extremely stylized, more mischievous, darker Loki wearing his horned helmet. Modern bikes don’t really have figureheads as a general design feature, but it’s easy to anthropomorphize this assembly into becoming one.

Traveling back along the spine, that fairing flows back into a narrowed, streamlined tank with knee cutouts. It swoops back into a sumptuous brown leather solo saddle that looks like the kind you climb in, not on. The tail hump swoops gracefully down, then abruptly stops—leaving the rear tire exposed, and further emphasizing the narrowness of the tip of the saddle, where it meets the tank.

Upon repeated viewing, you note that the front fairing is so commanding, you may even have completely overlooked that Boxer engine the first time around. That’s kind of an amazing feat, when you consider how prominent and inescapable a design feature it is. I’m not sure what kind of design sorcery Blechmann worked here, but it apparently did its job.

“My work begins by removing parts of the original version until a white canvas remains. As the construction progresses, the design develops. I call this 'rapid-prototyping-Blechmann-style',” Naumann said. Overall, he and his team took around 450 hours to complete all work on this custom take on the R 18. The finished object is sleek, elegant, and looks totally capable of being the monster parents tell their children about at night. That’s hardly a bad thing, by the way.

Custom Shop Elevates Harley Sportster To Futuristic Café Racer
++
Got a tip for us? Email: tips@rideapart.com