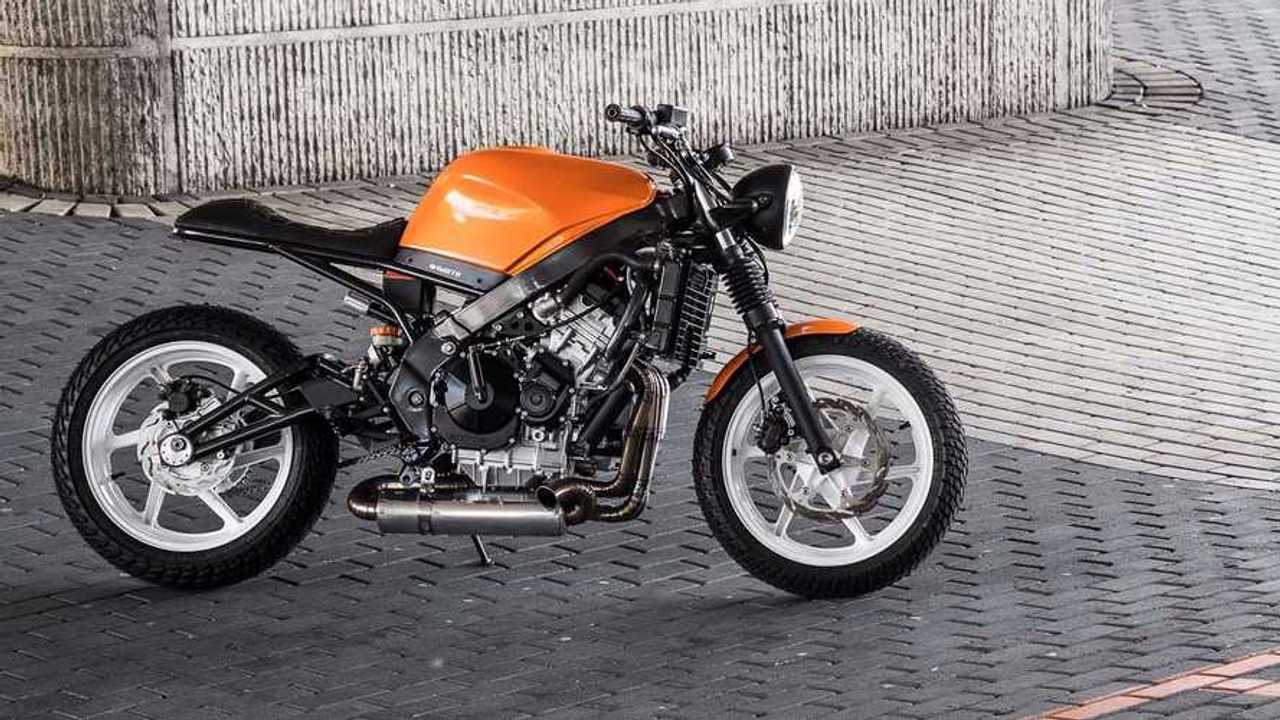 The design is simple yet effective.

When thinking about custom motorcycles, oftentimes, the bikes that come to mind are classic bikes from the sixties through the eighties. Usually cruisers or standard bikes that were designed to look good, and sometimes perform better too. However, in the slew of custom bikes out there, custom sportbikes always seem to catch my attention. There's something about the aggressive stance that sportbikes are inherently bestowed—the illusion of being hunched over, ready to attack its prey. When the fairings are removed, as is the case for a lot of these customs, the exposed engine which screams of power and performance takes centerstage.

This is exactly what Wido of WiMoto, a custom shop based in the Netherlands, has done to this 1992 Honda CBR600 F2. Having been craving for a custom bike capable of impressive performance, this CBR600 F2 was built to both look good and deliver neck breaking performance, be it on the street or on the track. At first glance, the bike looks as if it was designed as a naked street bike from the get go. This makes it hard to believe that this bike once wore full fairings that hid all of its high performance components.

After stripping the sportbike of all its plastic fairings, Wido and his team at WiMoto set out to clean up the frame of all the mounting points for the fairings. After several hours of grinding, cutting, then filling and repainting, they had a clean frame ready to be flaunted to the world. They then proceeded to do a complete rewire of the bike's electricals, situating all the wirings behind the frame and underneath the tank. This gives the bike an extremely clean look.

To give the bike a touch of modernity, Wido swapped out the original halogen lights with a full LED lighting system. LED indicators sit next to a round headlight, while the taillight was integrated into the subframe achieving an aggressive looking, and incredibly streamlined rear end. To top it all off, the bike was finished in a vibrant orange color scheme with complimenting white wheels to give it a retro racer vibe.