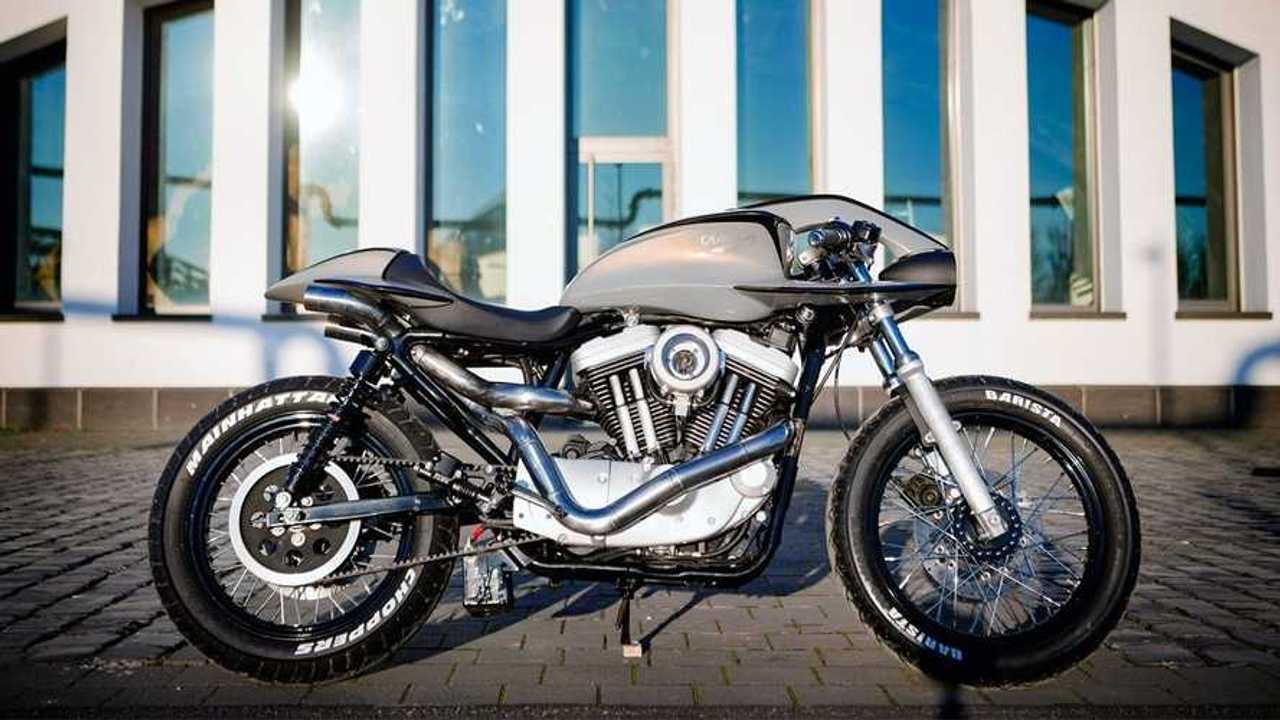 Harley-Davidson's Sportster is one of the most versatile platforms on the market. Are you into scramblers? A Sportster can do that. Prefer a street tracker instead? Yup, that’s right in its wheelhouse. When a builder has a project in mind, chances are a Sportster can handle it—even when that project is a futuristic café racer.

Based in Frankfurt, Germany, Mainhattan Choppers specializes in Hogs from Panheads up to Twin Cams. To help attract new customers, the custom shop set out to develop a production kit for the ever-popular Sporty. First, the band of builders had to create a prototype that would serve as a template for the kit and command attention. Enter the BAR!STA.

The café racer style was born out of riders darting between London coffee shops in the early 1960s and Mainhattan Choppers decided to pay homage to the style with the clever build-name. Aside from that connection, the BAR!STA doesn’t call caffeine to mind unless your coffee binges lead to visions of space-age architecture or the T100 from Terminator 2.

Once a donor Harley-Davidson Sporster 1200 arrived at the workshop, the crew enlisted the help of industry veteran Ian Alderton. As a previous member of Honda Europe’s R&D team and a current custom connoisseur, Alderton helped the team develop the build’s bodywork and implement a pipeline for the kit’s production.

Set atop the 1,203cc air-cooled engine, the sophisticated shape and finish of the bodywork sharply contrasts with the agriculture design and behavior of the Sportster’s motor. Despite the juxtaposition, the snaking exhaust pipes tie the two halves together. To finish off the build, the team laid down a silver/black two-toned paint job on the tank and tail section.

The standard kit will start at €10,200 ($12,174 USD), with different exhaust, handlebar, wheel and accessory combinations falling into neo-classic, futuristic-modern, or retro-elegance versions. While the kit is more than the MSRP on a brand new 2020 Iron 1200 ($9,999), you’re unlikely to find another Sportster like it.

Days Of Future Past: