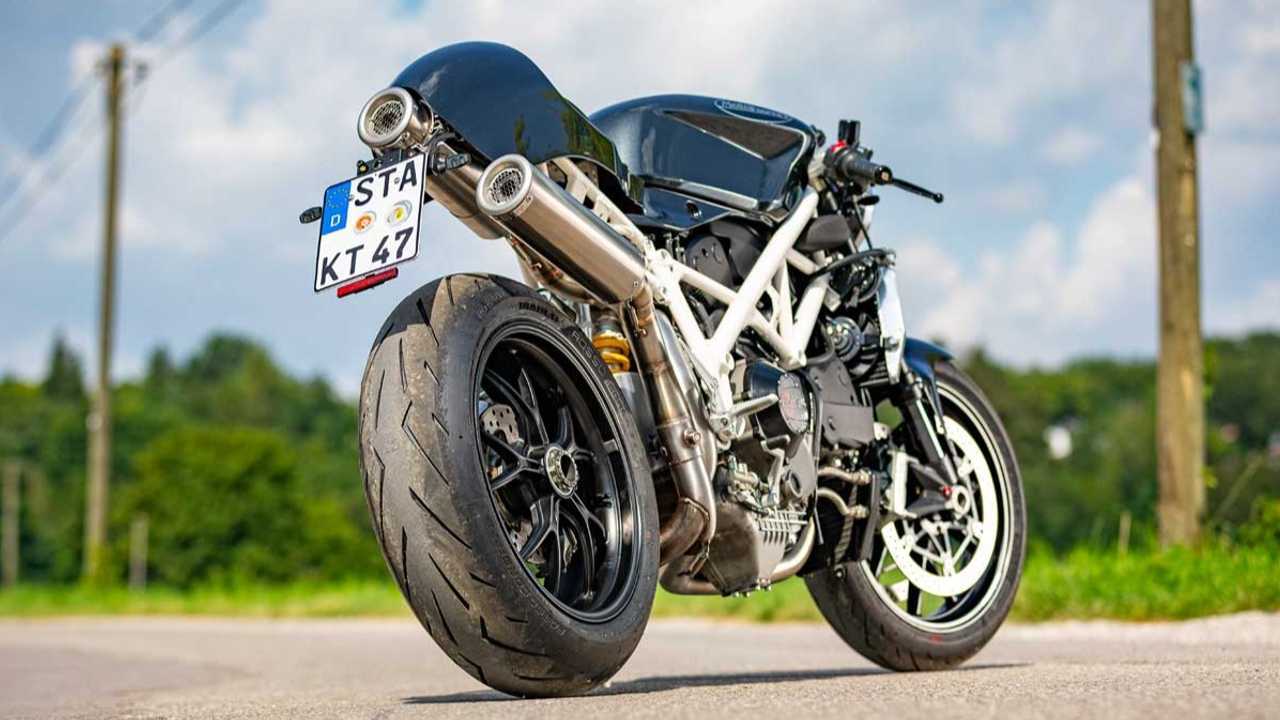 Definitely one of the cleanest 1098 cafe racers out there.

Oftentimes, when a sportbike gets binned, be it at the racetrack or on the street, this unfortunate turn of events goes on to set the stage for a custom build. Now, custom builds involving sportbikes with drop or crash damage vary from absolutely wretched to stunning works of art that would give the bike a new life all its own, erasing any trace that the machine had gone down. This is exactly what Moto Essence, a motorcycle shop based in Germany, has done with this 2007 Ducati 1098.

Featured on Return Of The Cafe Racers, this custom Ducati immediately grabbed my attention because of how beautifully it was put together. The simplicity of it all, mated with the subtle bespoke parts give the impression that the bike was built this way out of the factory. Starting life as a 2007 Ducati 1098, the bike was unrideable when it was dropped off at the Moto Essence workshop. After having been dropped and getting pretty scuffed up, the 1098 sat in its owner's possession for quite some time, so much so that quite a bit of corrosion had set in, making the build even more challenging for the folks at Moto Essence.

To start the build, the sportbike's fairings were completely ditched, and the bike's frame received a thorough clean and polish. A custom subframe was then fabricated to give the bike its aggressive, retro styled rear end. The custom seat cowl mounts directly onto the subframe, and a gorgeous asymmetrical exhaust setup sits right beneath the tail, hinting at the bike's high performance nature. To clean up the bike's extensive wiring that was once hidden beneath its fairings, the battery was relocated, and all the wiring was moved inside the frame. Of course, upfront, a classic round headlight was fitted, which compliments the overall aesthetic of the build.