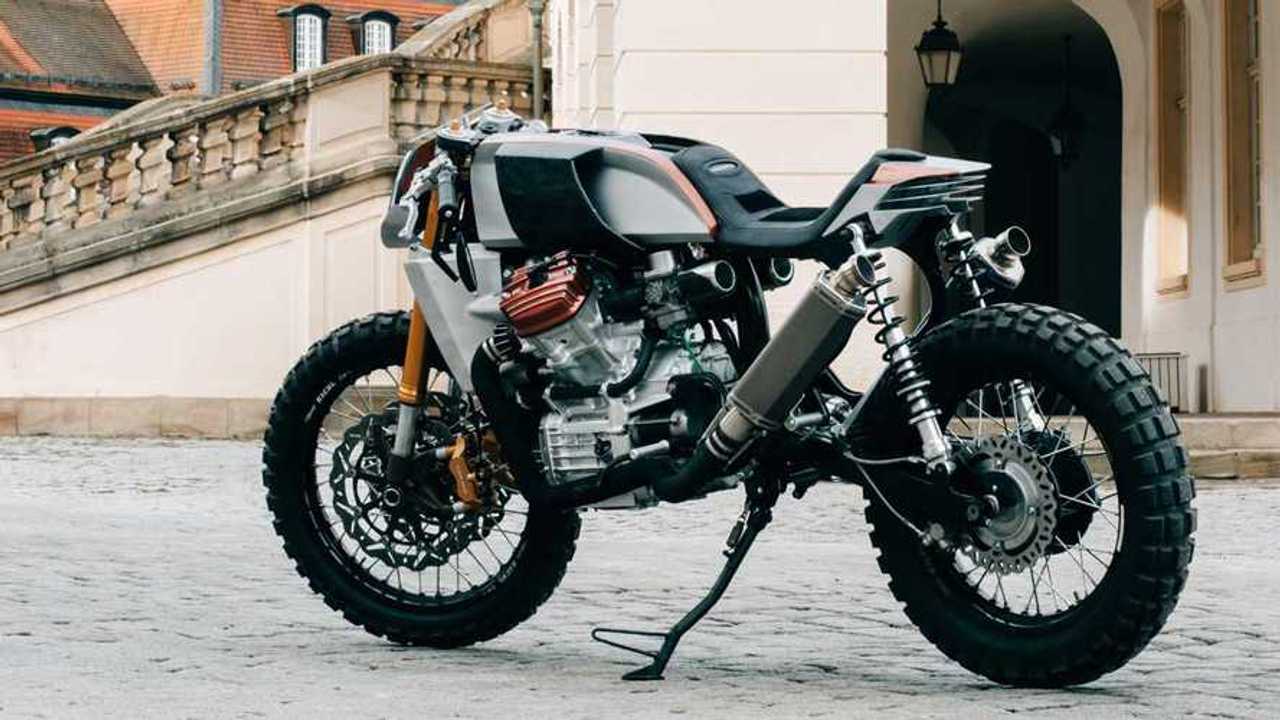 We’re always up for a custom bike that pushes the envelope in terms of design.

The Verona Motorbike Expo is known for unique builds that push the envelope of style and design. Events like this give builders the opportunity to really show what they have to offer. A notable entry from this year’s expo was built by German workshop, Officine Uragani.

Headed by Italian designer and builder, Raffaele Gallo, Officine Uragani has released quite a number of notable builds, as can be seen in their Instagram page. For the 2020 Verona Motorbike Expo, Raffaele showcased a 1980 Honda CX500 C dressed up in truly eye-catching fashion. At first glance, you’d definitely say that this bike is some kind of scrambler cafe racer mashup—given its lines, hunched over ergonomic, and unmistakable round headlight. However, if you look closer, you’ll see some details which appear to abandon the design philosophy of a cafe racer.

According to Raffaele, the custom CX500 C took him around 7 months to build. Nicknamed Sfida, which translates to ‘challenge’, the bike’s design has a tripartite origin. Raffaele goes on to explain that his idea was to create an aggressive-looking bike with design cues from a cafe racer, scrambler, and street tracker.

Unlike a lot of other builds, which start off by slicing and dicing the frames of their base bikes, the CX’s frame remained completely untouched—other than a fresh coat of paint. Raffaele, instead, opted to build on top of what Honda had already created. He crafted a custom suspension setup, and completely bespoke body panels to achieve his desired aesthetic.

Custom motorcycles oftentimes get criticized for being all show, but no go. This is not the case for Raffaele’s CX, as it is decked out in a slew of performance parts, carefully planned and designed to work together in harmony. Up front, a pair of 50mm Showa forks ensure the bike can handle any terrain and look good doing it. A GL650 swingarm mated with a pair of long-travel shocks take care of business out back. A set of Excel spoked wheels wrapped in knobby Continental Twinduro TKC80 tires complete the scrambler look, while giving the bike true go-anywhere capability. CRF450 disc brakes were also fitted to ensure the bike stops on a dime. Now, we’re not saying that this bike was built to be an off-road machine, but it’s still pretty cool to know that, if necessary, this bike can slug it out on any terrain.

With sharp angles, jagged edges, and unconventional body panels, this bike’s overall aesthetic is definitely not for everyone. Indeed this build—as do other custom builds—may stir up some controversy among the purist crowd, yet gain the praise and admiration of custom bike enthusiasts. What we find truly awesome about this bike is that it somehow manages to combine all three design cues, yet be a motorcycle of its own.

Source: Return of the Cafe Racers