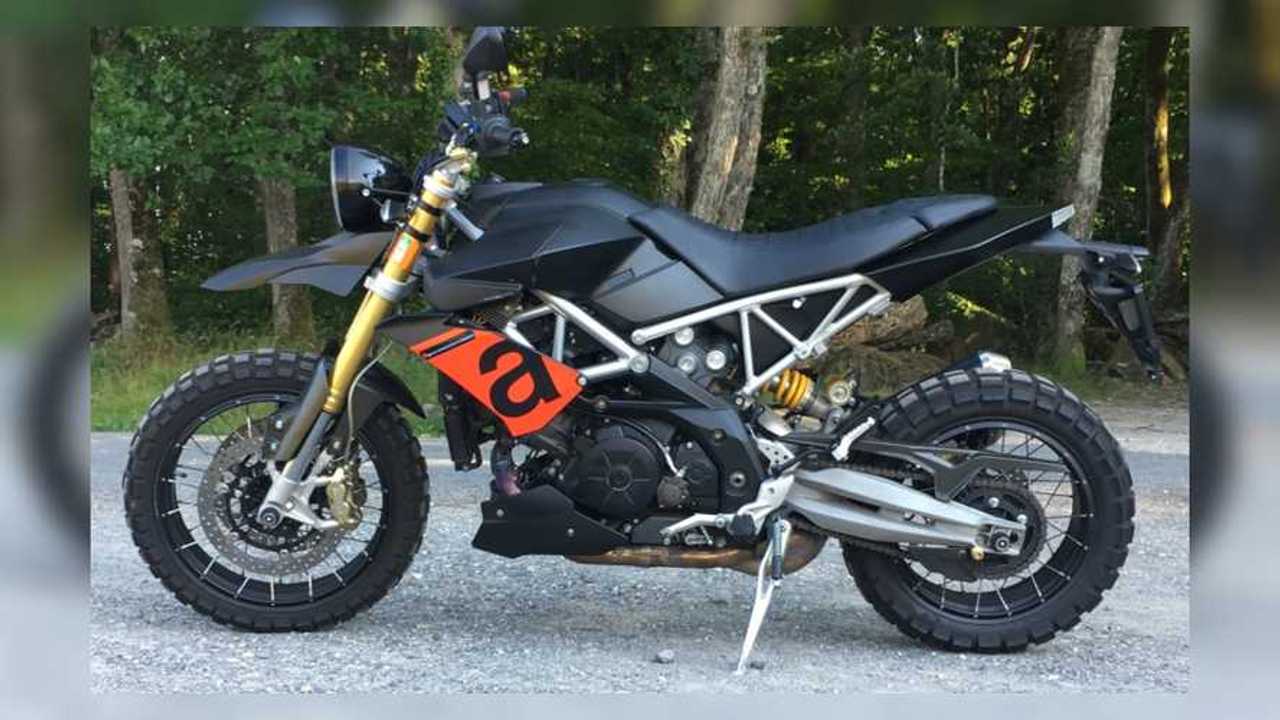 City curbs are presumably no problem.

Sure, a stock Aprilia Dorsoduro 1200 is fun and all—but what if you wanted to turn it into a scrambler? You might be tempted to follow some of the cues taken by Le Week-End de Course. Based in France, this project has the unassuming name “LWDC P3 Lightweight,” because it’s the third project he’s undertaken. Let’s take a look, shall we?

Aprilia Dorsoduro Gets a Makeover for 2017

It started life as an unassuming white Dorso. While many people love it, no one’s going to mistake it for a scrambler—in looks or function—straight out of the box. LWDC wrote that he tried designing how he wanted it to look on his computer, but nothing truly clicked until he stuck that round headlight you see in the finished build on.

He’d already used it once on a previous cafe racer build—but it’s also what started to make everything slot into place for this Dorso, as well. Initially, he wanted to go in a more supermoto direction. Then he got the bright idea to swap in some wheels from a Caponord 1200 Rally, and instead came up with what he calls a light, city-focused trail/scrambler/enduro mix.

All that was left was to tidy up the rear end and bring it as close as possible to the frame, while carrying through the lines of the tank for a clean look. For some builds, even when you’re finished, you’re not really finished though, are you? That’s why you’ll notice that the initial photos all feature the stock saddle.

Once he stuck those big, blocky Continental TKC80 tires on the Caponord rims, LWDC had an idea. What if he could get a custom saddle guy to echo the look of those blocks on a split saddle? He wanted the passenger portion to be removable, so a stylish split was absolutely necessary. The result, as you can see in the gallery, looks pretty spot on with what he wanted to accomplish.

It’s unclear why he chose that chunky exhaust, and if it were me, I’d probably want to swap it with something smaller, lighter, and more upswept. Then again, I’d also need a ladder to climb up onto a Dorso in the first place. LWDC is clearly making it all his own, and the proof of any custom project like this is in the riding.