Production on this three-wheeler is already underway at the historic Mandeure factory in France.

Back in October, 2019, we told you that Mahindra purchased 100 percent of Peugeot Motorcycles. The Indian manufacturer had long held a significant stake in the French two-wheeler manufacturer, but only took control of the whole thing late last year. This raised concerns about whether production would move away from the historic factory located in Mandeure, France, which was originally founded in 1857.

At the time, Mahindra said that this wasn’t the case—and Peugeot has now confirmed that the newly updated Metropolis will be produced entirely at the Mandeure factory. You can see a walkaround of the 2020 model at EICMA 2019 above. We don’t know full details of how big an update Peugeot’s three-wheeler will receive, but the company plans an official unveiling on September 8, 2020, according to Le Repaire des Motards.

For those unfamiliar, the current Metropolis is powered by a 339cc four-stroke, liquid-cooled, single-cylinder engine. It produces 35 horsepower and 28 lb.-ft of torque, and rolls along on 12-inch wheels. Weight is pretty hefty, at 256 kilograms, or 564.4 pounds at the curb. (Better at the curb than on your foot, right? Right.) It comes with ABS standard, and stops with twin disc brakes up front and a single disc in the rear.

Peugeot has been doing a tilting three-wheeler for some time now, and it would definitely be interesting to see how it stacks up against the Yamaha Tricity 300, just for the sake of novelty. One could consider the Piaggio MP3 in this class as well, since it’s probably the first three-wheeled scooter that most people think of, except it doesn’t lean the same way as the other two. All three are operable in many places with just a driver’s license, and no special motorcycle license required, which is at least in part why this niche exists.

For what it’s worth, Piaggio currently sells its MP3 in North America. It remains to be seen if Yamaha will bring either of its Tricities here, and Peugeot motorcycles of any kind haven’t officially been sold here in years. For everywhere else in the world that will get it, the new Peugeot Metropolis will most certainly be compliant with Euro5 emissions standard. Beyond that, we’ll have to wait until September 8 to see details. 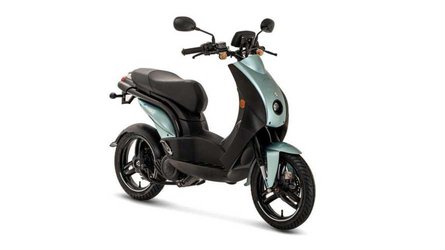 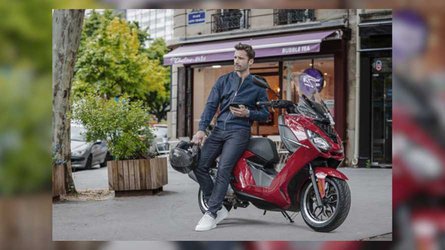 Mahindra Just Bought 100 Percent Of Peugeot Motorcycles
By: Janaki Jitchotvisut
++
++
Got a tip for us? Email: tips@rideapart.com