Trail-Blazing Motorcycle Racer Ana Carrasco Gets Her Own Documentary 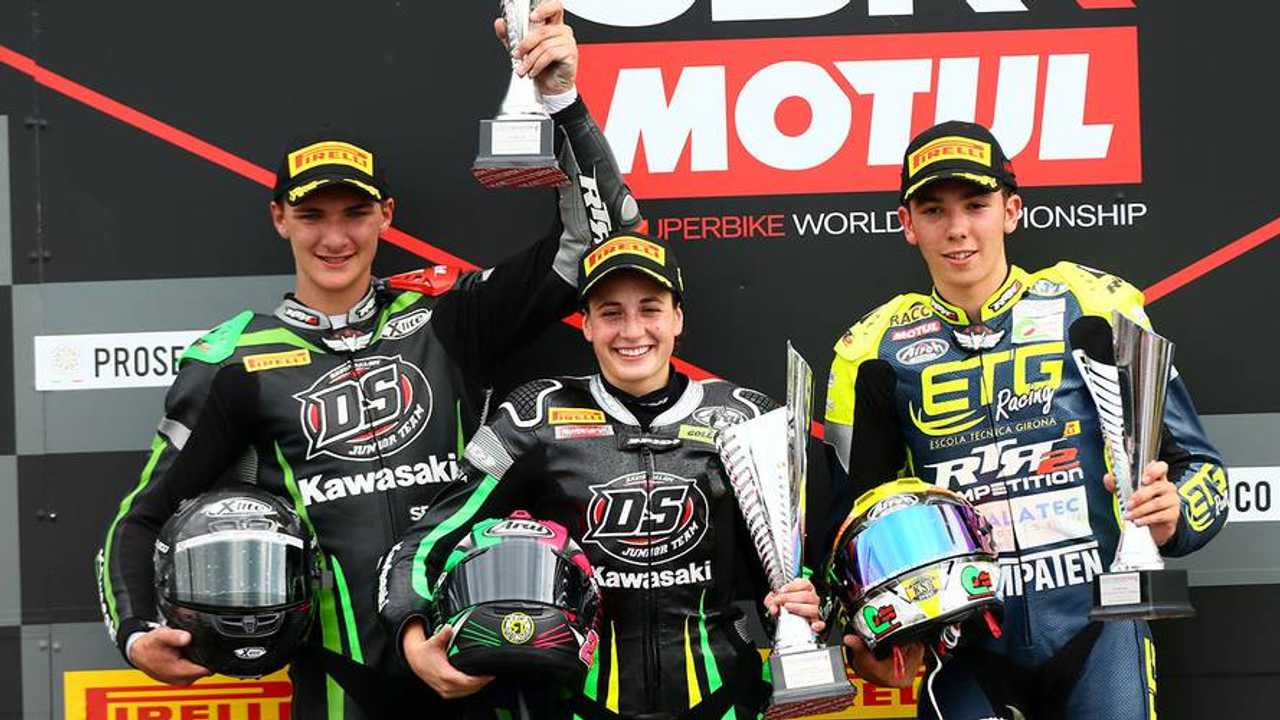 It premieres in September 2020, so mark your calendars!

Do you love a good documentary? If the answer is yes, and you also love motorcycle racing, you may just be thrilled to learn that streaming service Rakuten TV is launching a brand-new documentary about Ana Carrasco in September, 2020. For those unfamiliar, Carrasco is the first-ever female world motorcycle racing champion.

In 2018, Carrasco finished the 2018 World Supersport 300 Championship at the top of the leaderboard, beating all competition. Prior to that achievement, she was also the first woman to get pole position in a race, as well as the first to win a race. Carrasco has spent almost her entire life on bikes, having first started racing when she was three. She became a professional in 2011, and the new film Ride Your Dream tells the story of her remarkable journey.

Make It A Movie Night:

Watch This Rare Biker Documentary Online For A Good Cause
⠀

The film is 80 minutes long, and will officially launch on September 17, 2020, on Rakuten TV. It will appear in the Rakuten Stories channel, which is in the streaming service’s Free section. That’s right, you’ll be able to watch this doc for free!

For those unfamiliar, Rakuten TV is a general-interest streaming service that started in Japan, and is currently offered in 42 countries, many of which are in Europe. The service is owned by Japanese e-commerce giant Rakuten, which renamed a streaming service called Wuaki after purchasing it a few years back. While the company does plan to continue expanding its global reach, for now, you’ll need to use a VPN if you want to see this doc or anything other exclusives the service has to offer.

Other Rakuten Stories so far include several football docs (that’s ‘soccer’ to us Yanks, since we play that other weird kind of football here), as well as current Toronto Raptors player Serge Ibaka. World motorcycle racing is starting to pick up again, but it’s always nice to have more stuff to watch in your queue.