Adding To The Noise: SC-Project Introduces Exhausts For Honda CRF1100L

So, you bought a new 2020 Honda CRF1100L Africa Twin. What’s next? How about a new exhaust system? The aftermarket is a bit behind this year, with COVID-19 interrupting new parts development, but SC-Project just announced two new mufflers for the Africa Twin, with street-friendly and off road-only options.

For street use, SC-Project offers the X-Plorer II slip-on muffler. It’s made of titanium and features a carbon-fiber end cap and a stainless steel mid-pipe. It’s a better-looking system than stock, but more importantly, it sheds weight. The X-Plorer II weighs 3.5 kilograms (7.7 pounds), a two-kilogram (4.4 pounds) reduction over the stock 5.5-kilogram muffler (12.1 pounds). 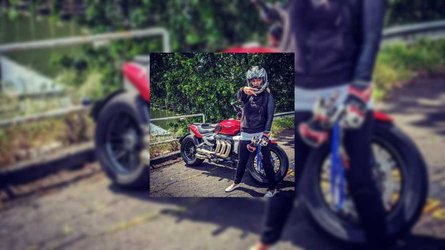 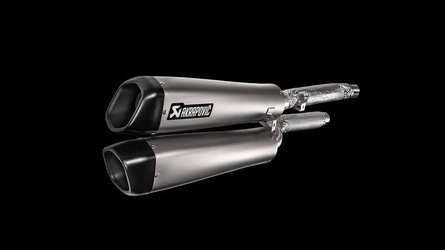 There’s an internal exhaust valve the works with Honda’s electronics to make sure the X-Plorer II meets Euro5 emissions standards, a vital feature in today’s motorcycle marketplace. This also supposedly improves the bike’s power delivery, although that’s likely a subjective statement. There’s a removable decibel killer, so you can make this muffler louder if you absolutely must, although that likely makes the exhaust system non-compliant with most regulations. SC-Project ships the X-Plorer II with a 24-month warranty and an 870-euro price tag in the European market.

SC-Project also sells a Rally Raid full exhaust system for the CRF1100L that is only approved for racing use, not street riding. SC-Project says this system "guarantees a strong performance increase both in terms of torque and maximum power,” as well as, "an important reduction of the operating temperature,” and a, “dark and deep sound.” Hrm. That deep, dark sound might not do you much good at the Baja Rally, but otherwise, this system is probably what you’d want for enthusiast-oriented events like that.

The Rally Raid system is made of titanium, with a carbon-fiber heat shield. The headers drop 1.2 kilograms (2.6 pounds) off the stock 4.5-kilogram piping (9.9 pounds), and the muffler weighs 2.8 kilograms (6.1 pounds), a 2.7-kilogram (6 pounds) drop from the stock muffler. This system appears to be considerably louder than stock, along with the extra power. The headers cost 770 euros, and the muffler costs 670 euros.

While we haven’t seen North American pricing or availability announced for this system, it’ll likely make it here sooner or later. If you don’t want to wait, you can always buy through European sources.