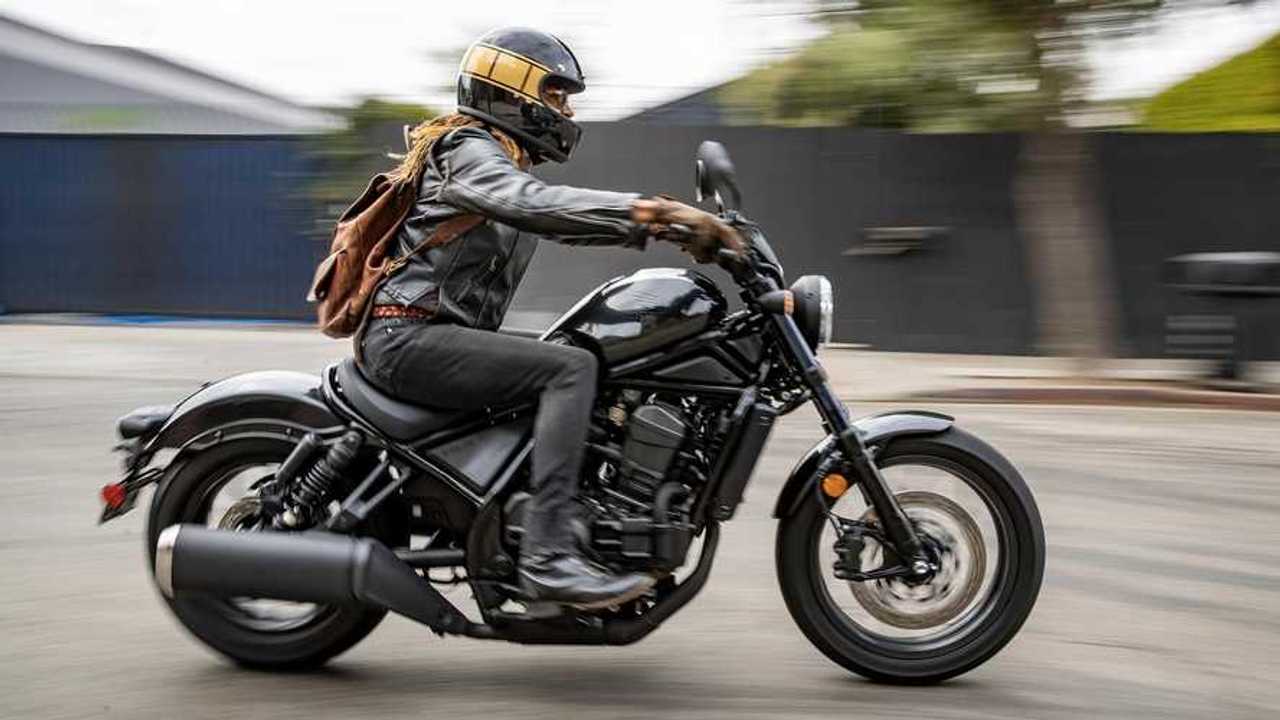 This week, we meet the all-new 2021 Honda Rebel 1100, young riders prove that Harley-Davidson isn't only for a mature audience, the new 2021 BMW G 310 R is finally here and Ducati teases the new Monster.

Honda Pulls The Cover Off The All-New Rebel 1100

Another day, another Honda rumor confirmed. After months of speculation about a potential new Rebel flagship, Honda unveiled the all-new Rebel 1100 on November 24, 2020. As expected, the new bike borrows the Honda Africa Twin's new 1,084cc parallel-twin engine, tuned specifically for the Rebel's needs.

Like the Africa, the Rebel 1100 also receives a ride-by-wire throttle that allows the cruiser to feature three riding modes (Standard, Sport, and Rain) and is offered with a choice of a six-speed gearbox or a DCT. The chassis is mounted to a set of 18 and 16-inch wheels using a standard 43mm telescopic front fork and dual shocks at the back. Pricing for the new 2021 Honda Rebel 1100 starts at $9,299.

While some helmet makers have exciting new things to show for 2021, Shoei played the safe card and introduced a selection of new graphics on some of its more popular models. If you're in need of an update, for 2021, the X-Fourteen, GT-Air II, and Neotec II helmets are now offered with funky new liveries.

Yamaha Europe is back at it with its pair of updated NMAX and D’elight 125cc scooters, ready to help riders both effortlessly and stylishly zip around on the daily. The 2021 NMAX 125 and D’elight both feature Yamaha’s 125cc EU5 Blue Core engine, which is a liquid-cooled, four-valve thumper. It uses variable valve actuation, featuring an intake camshaft that has two cam lobes: one good for low-to-mid RPM and one for high RPM. Each also receives a slew of upgrades and features.

What Happens When You Pour Airsoft BBs Into Your Exhaust?

Have you ever wondered what would happen if you stuffed two handfuls of bbs in your motorcycle's exhaust? Oh, you haven't? Frankly, we haven't either but that's an answer to the question nobody had True of False Experiment decided to figure out.

Is Kymco Bringing A New Electric Bike To Its November Launch?

What was Kymco teasing ahead of its November 26, 2020, launch event? Turns out we met the all-new Kymco F9 electric scooter the can reach a top speed of 68 mph and has an estimated range of 75 miles.

A few weeks after its debut in India, the updated 2021 BMW G 310 R was finally introduced in Europe. Aside from a Euro 5 update, the 2021 model gets LED lighting all around, as well as adjustable brake and clutch levers from the factory. The new 310 R also gets a self-boosting, anti-hopping clutch, which isn’t super surprising since it’s also on the new 310 GS.

How does the iconic Kawasaki KLR650 compare to the equally iconic Honda XR650L. How do the two Japanese middleweight dual-sports fare against one another? Seasoned dual-sport rider François from Adventure Bike Troop decided to pit the two against one another to find out.

Young Riders Prove That Some Youth Like Harley Too

While it's a widely known and accepted fact that Harley riders are usually part of an older demographics, that doesn't mean some young riders aren't totally geeking out over the brand, especially thanks to the LiveWire. YouTuber Cheylessi absolutely fell in love with the LiveWire and she shares her passion in one of her latest videos.

It's surprising what you can sometimes find underwater. Stories of weird underwater motorcycle sightings aren't as rare as you'd think and that's one trophy the team at Depths of History just added to its shelf after pulling the poor thing from under a bridge.

We Get Our First Peek At The New Ducati Monster

We already knew that there's a new Ducati Monster in the works after a test mule was spotted on the road in Germany in the summer of 2020. We now have the confirmation that Ducati is going to end its five-part World Première series with the introduction of its famous roadster's new generation on December 2. Stay tuned to find out more!