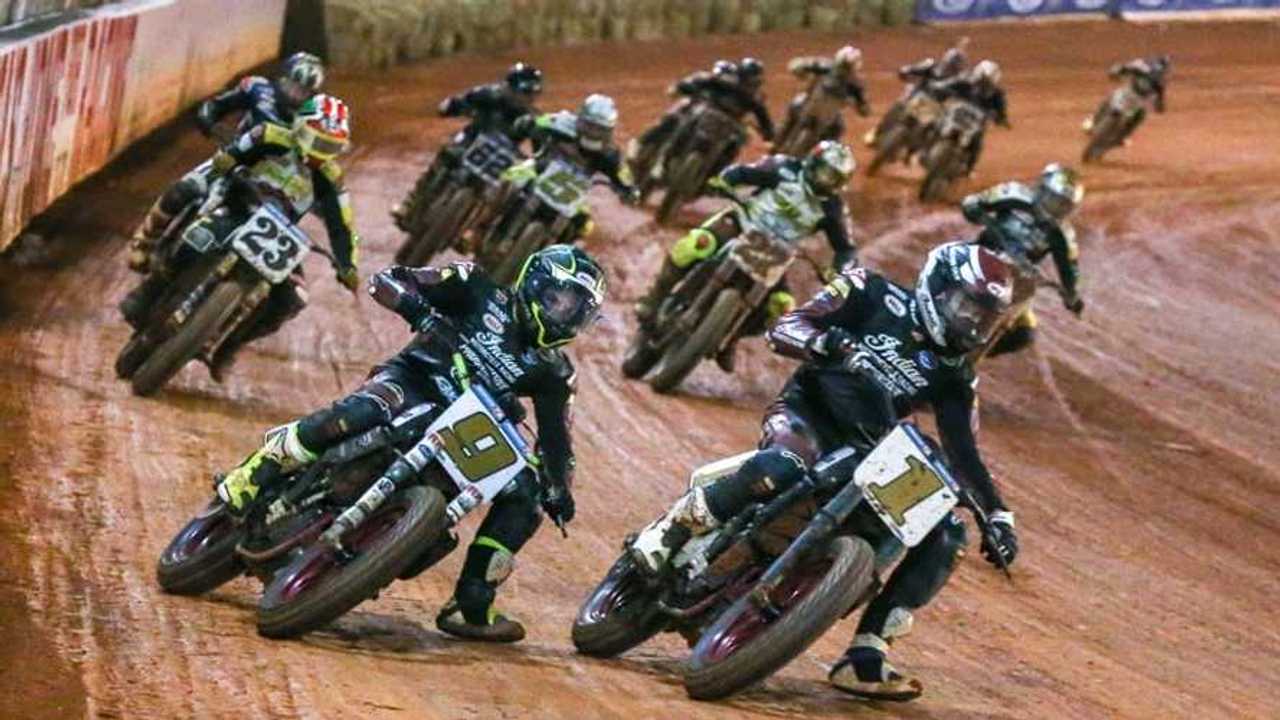 Indian’s American Flat Track team has it good. The “Wrecking Crew” captured four manufacturer and rider championships in as many years and they’re retaining Jared Mees and Briar Bauman for 2021. If the competition is anything like the last two seasons, the Bauman/Mees two-horse race will only take the factory team to new heights.

Mees led Indian to its first AFT crown in 2017 and followed up in 2018 as well. Since then, Bauman has battled Mees for the top step on the podium and at Indian, outlasting his teammate each time. Intent on recapturing his lost title in 2019, Mees came out swinging in 2020, but Bauman held him off to complete the back-to-back championship.

In 2021, Mees has even more motivation to retake the AFT throne, which should lead to fireworks on the track and within the Wrecking Crew ranks. Indian Motorcycle Oil, Parts Unlimited, S&S Cycle, Drag Specialties, Alpinestars, and Bell Helmets will help both keep their frontrunner status in the new season. J&P Cycles will provide additional support to Bauman and Rogers Racing will support Mees’ campaign.

Former AFT champion Bryan Smith and Briar’s younger brother Bronson Bauman will also join Indian’s Motorcycle Racing team as factory-backed privateers. Smith will ride for Crosley/Howerton Motorsports aboard an FTR750 featuring a bespoke chassis. On the other hand, Bronson’s main sponsor is Indian Motorcycle of Oklahoma and he will race the same factory FTR750 he rode last year.

Both will be eligible for Indian’s $266,000 privateer contingency program for the AFT SuperTwins Class. The program will reward racers finishing in the top 10 at each race. A $25,000 season-long championship bonus is also up for grabs.

“2020 brought its breadth of challenges for everyone, but watching Briar and Jared stay on top of their game and compete race in and race out was really a testament of their work ethic, dedication and drive to be the greatest,” said Indian Motorcycle Racing Vice President Gary Gray. “For 2021, we’re excited to get back on the track, support Bryan and Bronson as factory-backed privateers, while committing a season-long contingency for our privateers.”

The Track Is Hot: