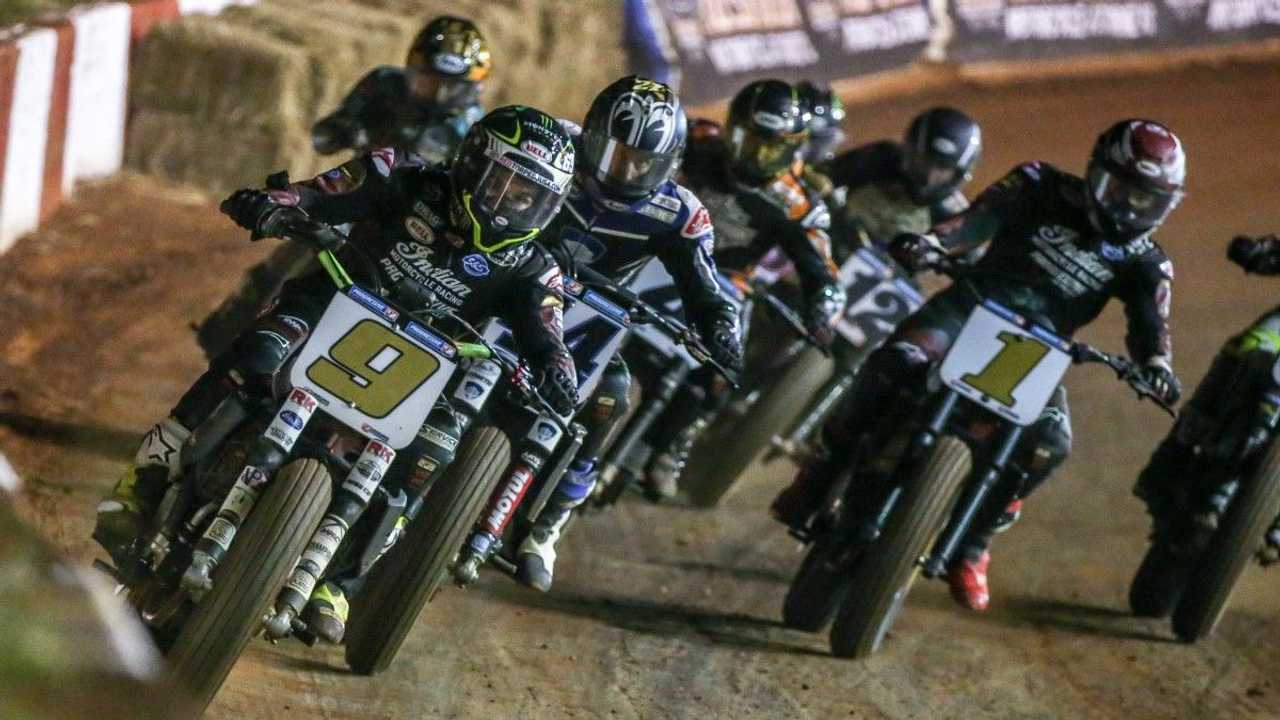 The best is yet to come.

American Flat Track had one of its most intense seasons in 2020. In the face of a global pandemic, the series soldiered on, salvaging a 15-race schedule that saw Briar Bauman retain his premiere class crown.

In Production Twins, Johnny Lewis and the Royal Enfield team nabbed Enfield’s first win, and James Rispoli easily claimed the title for Harley-Davidson. While AFT overcame the unpredictable circumstances of 2020, the upcoming season poses similar challenges in an ever-changing landscape.

During the offseason, the organization secured entitlement partners for the SuperTwins class (Mission Foods) and the overall series (Progressive) for the first time in a decade. James Rispoli and the Latus Motors Harley-Davidson team also announced they will move up the SuperTwins field, posing a new challenge to Bauman’s two-year championship run. As the first race of the 2021 season approaches at the Volusia Half-Mile on March 12, 2021, we chatted with AFT CEO Michael Lock to discuss the upcoming season and future milestones for the resurgent series.

With Harley Davidson reducing its race presence in 2021 and the Indian FTR750 dominating the premiere class the past four years, how important is it for AFT to attract other manufacturers to the SuperTwins grid?

Pretty vital, actually. Racing captures the imagination of fans for a couple of reasons. One, for the battle of personalities, and two, the battle of the brands. If you’re healthy with both of those, meaning that you’ve got unpredictability about which riders, bikes, and teams are going to be strong, you have all the raw ingredients.

We’re very conscious of that and we were delighted back in 2016 when Indian announced that they were going to be joining our premiere class with a brand-new bike. It was probably the biggest inward investment in AFT since Honda in the mid-1980s or Harley in the mid-’70s with the XR(750). You fast forward now to 2021, and our AFT SuperTwins class has attracted an extraordinary amount of attention. We’ve exponentially increased the fan-base and number of sponsors and partners.

My job, though, is to look into the future as best I can and plot a course there. We would be delighted if we got more diversity of machinery and brands in the class. I’m working pretty hard to make that happen.

After a 2020 season with 15 events at 8 circuits, the 2021 schedule will include 17 races held at 13 different tracks. Did the truncated 2020 season help AFT solidify its COVID practices and protocols for 2021?

We had to go into a huddle in March and April to determine whether we could race at all, and if we did, what that would look like and what the economics of it were. Were we going to lose all our sponsors? Were the teams going to collapse? There were a million questions but we were really helped by our cousins at NASCAR.

They guided us through putting together workable protocols that would enable us to race in as much of the country as we could. We needed the revenue from ticket sales to not only make the wheels go ‘round, but flat track fans are really passionate. If you take away the ability to go to the event in-person, I feared that we would have a drop-off in interest on streaming and TV broadcast. I felt we needed to maintain that link, so we did regroup and ended up running more rounds at more venues than I ever thought possible.

That’s partly because the team here at AMA Pro Racing are very determined, but also the pro-race paddock pulled together and observed the protocols in order to allow us to go racing. It was a good team effort, which meant we could get it going. 2021 already feels better, but I say that with caution because you never know what’s going to be around the corner. It feels like we’re more in control and experienced with running events with safety protocols. We are now experts at COVID testing, tracing, and working with local governments and public health officials.

I’m as confident as I can be ahead of the season. It will not be disrupted. We will run it as we published and we will have the ability to sell tickets at all of our events. Hopefully, not restricted to 25-percent or 50-percent capacity, but if it is, so be it.

Shayna Texter is a staple in the AFT Singles class. Cameron Smith is making headway in the Production Twins ranks. How does their involvement and success drive diversity in the future generation of American Flat Track?

When we have the fan walk in the paddock, the line outside Shayna’s tent for autographs is longer than anybody else’s. That line is made up of moms and dads bringing their little kids, particularly young girls. They’re not used to seeing somebody who looks like them in racing. I think we might be a microcosm of a lot of things going on in society and changing values and changing attitudes.

Shayna might have been slightly ahead of the curve on that, and the same for Cameron. Cameron has been a fixture in the pro paddock for a number of years. Yes, is it a good thing that we have racers from minorities in American society? Yes, it’s a great thing, but there’s not a lot of chest-beating or making a big deal of it in the paddock here. That’s a good thing.

American Flat Track has seen a resurgence in the past few years. Where do you see AFT in five years and how does the series continue its momentum in a post-COVID world?

I’ve got pretty clear milestones for the sport. The next five years should look different. What we’ve done in the last five years is bring in diverse manufacturer participation. When I joined, there was one manufacturer involved in the sport at a corporate level. That was Harley-Davidson.

You fast forward and now we have seven participating manufacturers, so that was a measure of success. We said back in 2015 that we would try to bring resources into the sport to get the rider’s better paid, to get more return on investment for the teams, and that we would have a trickle-down of income coming into the sport from contingency programs and sponsors. We also wanted to develop safety and technology.

We now have lots of air fence (barriers to safely decelerate motorcycle racers during a crash). We now use 70-80 pieces, whereas six years ago, we were using 20. We now have riders in all of our classes wearing airbag suits and we were the first race series to make those compulsory in the U.S. The next five years is about refining some of those initiatives because they're not done. Safety is never done.

We’re currently in conversations with our partner helmet manufacturer, Arai. I’m talking to them about what the next generation of helmets could look like that take into account the conditions of pro flat track racing, as opposed to just the dynamics of road racing. We have less absolute top speed in our sport but we have a load of other variables like dust and moisture in far greater quantities. Airflow around the helmet, and particularly in the rider's face, is important.

The major thing for me to focus on is the business model. The sport itself is in good shape. The racing week-in week-out is very exciting. We have a legion of pro riders now. We had two or three a few years ago. Now, we have many, so the focus shifts to building out the infrastructure of the sport, and most importantly, the fan-base. We had 100,000 fans six years ago. We now have 5-6 million fans, but we have to continue to scale the sport. Supercross is the success story in our industry in developing a scale of fans so I look to them as our next milestone to see that we’re going in the right direction.

You’ve served as the CEO of Ducati and Triumph in America and COO of Lamborghini. How has your experience with building such strong brands helped you rebuild American Flat Track?

I saw a common thread when it came to building a business in America. I was shocked when I came to America that people had never really noticed Triumph had gone away. You know, it was in the background and they had expectations about how the brand should behave. Beyond the product, American consumers like to have romances with leisure products, particularly motorcycles.

I get to America and I find out that a motorcycle is just a toy, a toy for grownups. If it’s a toy rather than a functioning machine you need in your life, you form a different relationship with it. That has stuck with me. I learned that there’s something you need to create with a unique brand that presents it in a romantic manner, not a functional manner. It’s letting loose.

If you’re a brand that sells fun and excitement, you need to sell that because no one ever rationally bought a big motorcycle. In many respects, American Flat Track is not that dissimilar. Do you really want to haul yourself to a track that’s out of town and a couple hours away? Maybe the racing this week is awesome or maybe it rains.

There’s a million rational reasons why you stay home and there’s only really one reason why you go. That one reason needs to be bigger than all the rational negativity. If it’s presented in the right way, it tickles the right nerves. It’s the transport to a fantasy world. It sounds corny, but we are selling dreams.