Patience is bitter, but its fruit is sweet.

KTM had quite the lineup of new models to introduce at EICMA 2019. The long-awaited, small-displacement 390 Adventure and the 1290 Super Duke R shared the stage with a new naked model powered by an equally new powertrain: the 890 Duke R.

The company has good news for the enthusiasts: the model is available ahead of schedule. We’re only missing a price at this point.

Team Orange Is On Fire: 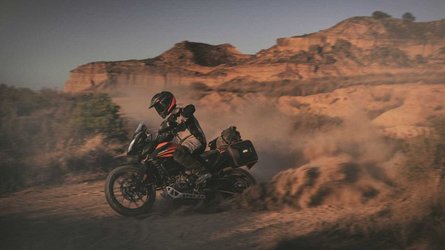 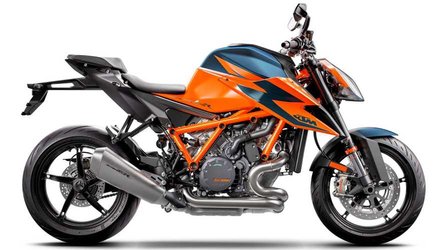 It can either be considered good news or taunting at the moment, but KTM announced that the new 890 Duke R is available ahead of its original launch date. It was expected to land in the showrooms in the Fall of 2020 as a 2021 model but Team Orange moved the date head by six months or so and decided to introduce the 890 in its 2020 lineup.

“Due to the response and demand in the market following the successful unveiling, KTM was able to bring in a very limited number of “R” models this Spring as a MY2020 machines,” wrote the company in a press release.

The 890 Duke R uses a variation of 790’s parallel-twin with a bigger displacement (duh—890cc instead of 799), a larger bore, and longer stroke (90.7x68.8mm). The new powerplant also features a set of new components including new connecting rods, crankshaft, piston design, and larger valves, among other things. In its 890 form, the twin produces a healthy 119 horsepower and 73 lb-ft of torque.

The suspension set up is the same as on the 790 with a 43-mm WP APEX fork and shock with 5.5 and 5.9 inches of travel respectively. The 890 does get its own brakes, however, armed with a set of Brembos that includes a pair of four-piston Stylema Monobloc calipers with 320mm discs at the front and single-piston floating caliper with a 240mm disc at the back, teamed with Bosch cornering ABS with Supermoto mode.

Interestingly, the 890 is lighter than the 790, tipping the scales at a tiny 365 pounds dry. The saddle is slightly taller at 32.8 inches and it offers a higher ground clearance at 8.11 inches. Geometry-wise, the 890 offers a more aggressive riding style with a lower, flatter handlebar and footpegs positioned higher on the frame.

If this is sexy talk to your ears and that you’re willing to be patient and wait until the end of the current health crisis to rush to your closest KTM dealer to get your hands on one, more power to you. We’ll just stand here and sulk.