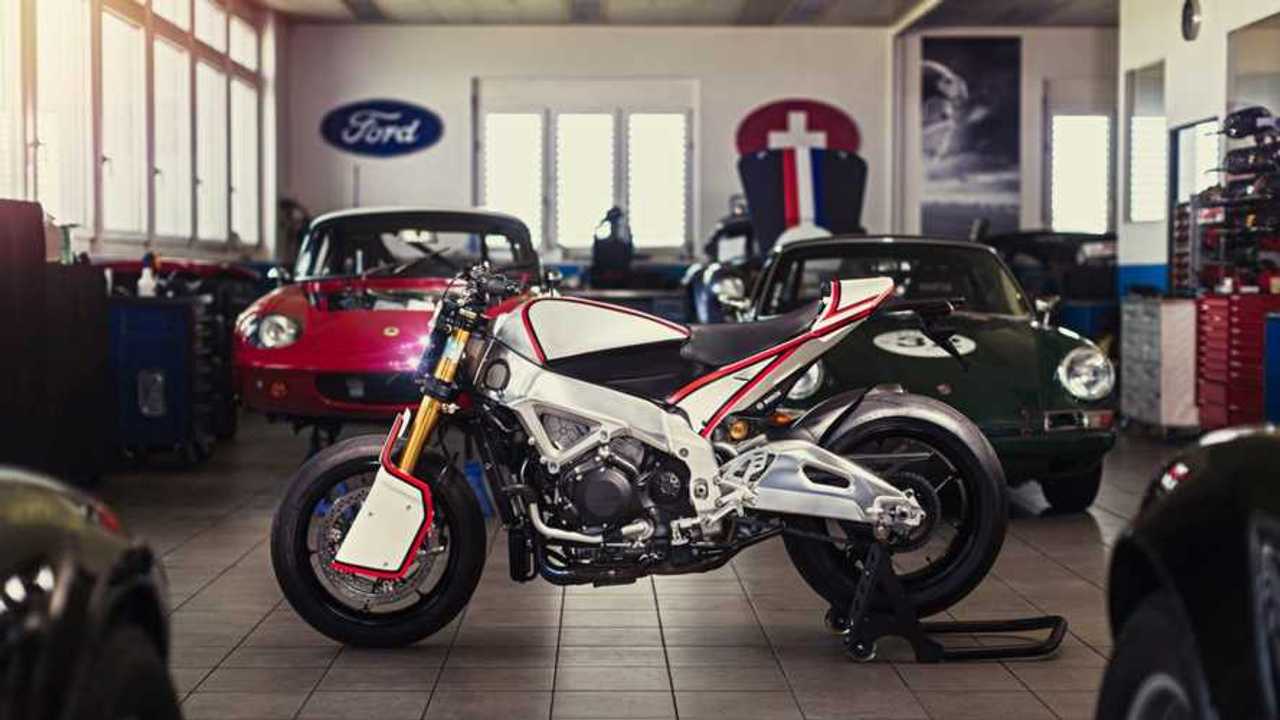 All muscle, no fuss.

Gwenael Barthélémy, who customizes bikes under the moniker Le Week-End de Course, certainly seems to love his Aprilias. Way back in January 2020, we told you about his Dorsoduro 1200. If you were into his vision but wanted to see what he’d do with a 2017 Tuono, well, your dreams are about to come true.

As often happens when you’re one person and you build a bike as a passion project on top of your job and other everyday responsibilities, it took time to complete. Three years of hard work, to be precise. Luckily, it seems very much to have been worth the effort.

Barthélémy told Inazuma Cafe that he was especially inspired by the raw and technical physicality of the Roland Sands Victory Project 156 build. Sourcing various parts and assistance from both suppliers and builders took time, and making everything fit so it looked the way he wanted wasn’t easy, either. Then again, nothing worthwhile is usually easy, so that’s likely how he knew he was on the right track.

Something about the simple, clean lines and rounded rectangular shape of the piece surrounding the dual headlights puts me in mind a bit of K2SO, even though his eyes are side-by-side and not stacked directly on top of one another. The gas tank is an absolute vision for fans of the way raw aluminum looks, especially the bit of fancy welding that encircles the fuel filler cap.

Speaking of which, while it definitely looks cool, I can’t help but think about accidental rider self-impalement with the extension that sticks out of that cap. I’m not certain if there’s somewhere to stow it when you go for a ride, or maybe that’s not a problem for taller riders who don’t have to lean over as much to reach the controls. Previous LWDC designs definitely seem meant to be ridden, not merely appreciated as art pieces—and this one doesn’t seem to buck that trend.

All in all, it looks completely ready to do business, if that business is making competitors eat its dust at the track. What do you think?