A Harley Forty-Eight Lurks Inside This Retro Road Racer 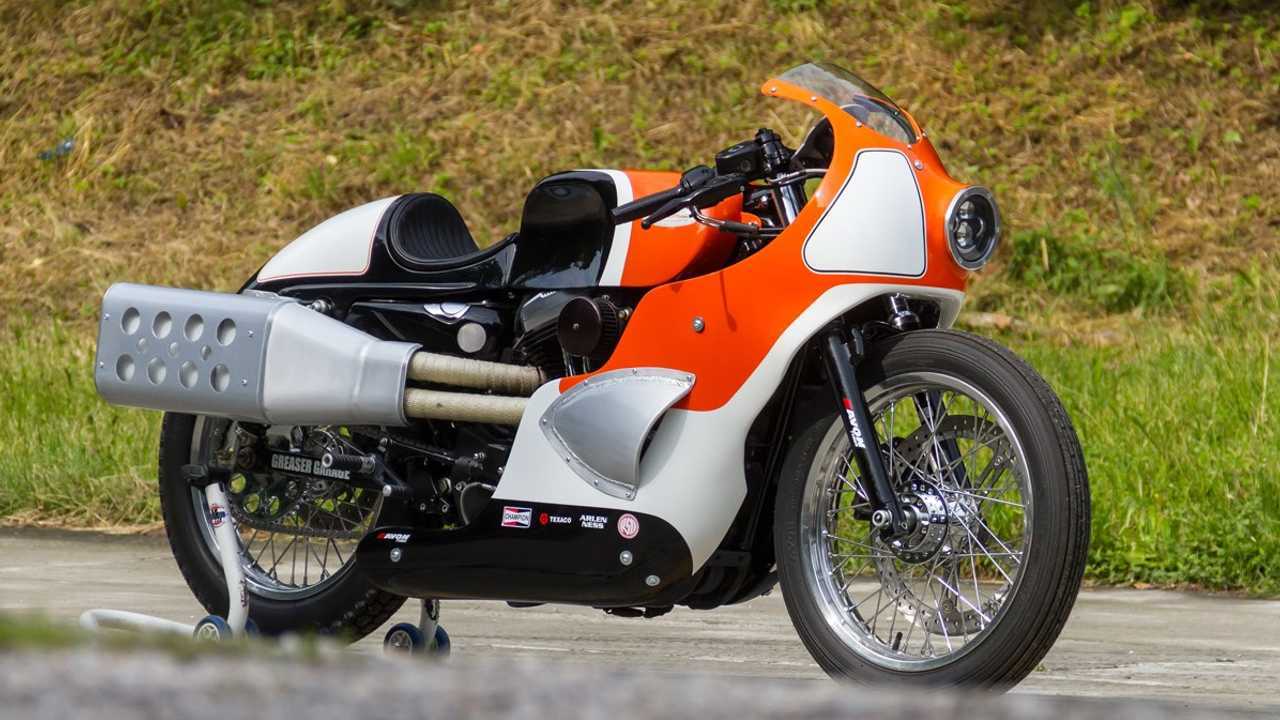 When people think of Harley-Davidson, images of choppers, bobbers, or baggers probably come to mind. The iconic brand built its international fanbase around v-twin cruisers drenched in nostalgic Americana. While the Motor Company’s portfolio primarily features big, heavy, rumbling bikes, that doesn’t mean that it hasn’t ventured into other segments. Models like the Aermacchi/Harley-Davidson RR350, VR 1000, and even the XR 1200 pushed people’s perception of the Bar and Shield. Taking all of those unconventional (for Harley) motorcycles into account, an Italian custom shop morphed a barebones bobber into a retro road racer.

The build started when a client brought a 2016 Harley-Davidson Sportster Forty-Eight to the team at Greaser Garage in Genoa. He asked for a shortened tail section with a single-seat, slim 19-inch tires, and, of course, a big exhaust (it’s a Harley). A bolt-on set of pipes wouldn’t suffice, so the builders tore down the stock Forty-Eight and went to the drawing board.

The team knew they needed to build the fairing and exhaust system close to the frame to retain the slim profile, but they also needed to afford enough clearance for suspension travel and sufficient cooling—Harleys get hot, after all. As a result, Greaser Garage shaped the fuel tank and tail section out of aluminum and fabricated the headers and cans from steel. The shop’s friends at Hangar customs made the custom fairing out of resin and plastic, shaping the structure around the Sportster’s body and styling it like an old ‘60s Harley.

Of course, the oversized exhaust draws the viewer’s eye the most and the team made sure their efforts were on display. With heat-wrapped headers making a straight shot to the rear wheel, Greaser Garage finished off the high-mounted exhaust system with matte white mufflers and an aluminum heat shield. The rough, handmade finish of the exhaust system helps “to enhance the racing soul,” according to Greaser Garage.

To capture the retro styling preferred by the customer, the builders replaced the stock belt drive with a chain, moved the bike’s forward controls to rear-sets, and covered the single-seat with vertically-stitched tuck n’ roll leather. Avon Speedmaster tires add to the vintage aesthetic and the paint job adopts elements of the old Aermacchi/Harley-Davidsons with the logo adjusted to display the name of the build—Godhammer.

While the retro theme was apparent, the team added modern bits like a honking big brake setup from Arlen Ness on the front wheel and WP suspension. Despite the modern performance parts, the Godhammer looks like it would be at home on the Bonneville Salt Flats or in a ‘60s Grand Prix road race. Greaser Garage’s project reminds people that just because you’re not a fan of choppers, bobbers, or baggers, doesn’t mean you can’t be a fan of Harley-Davidson.