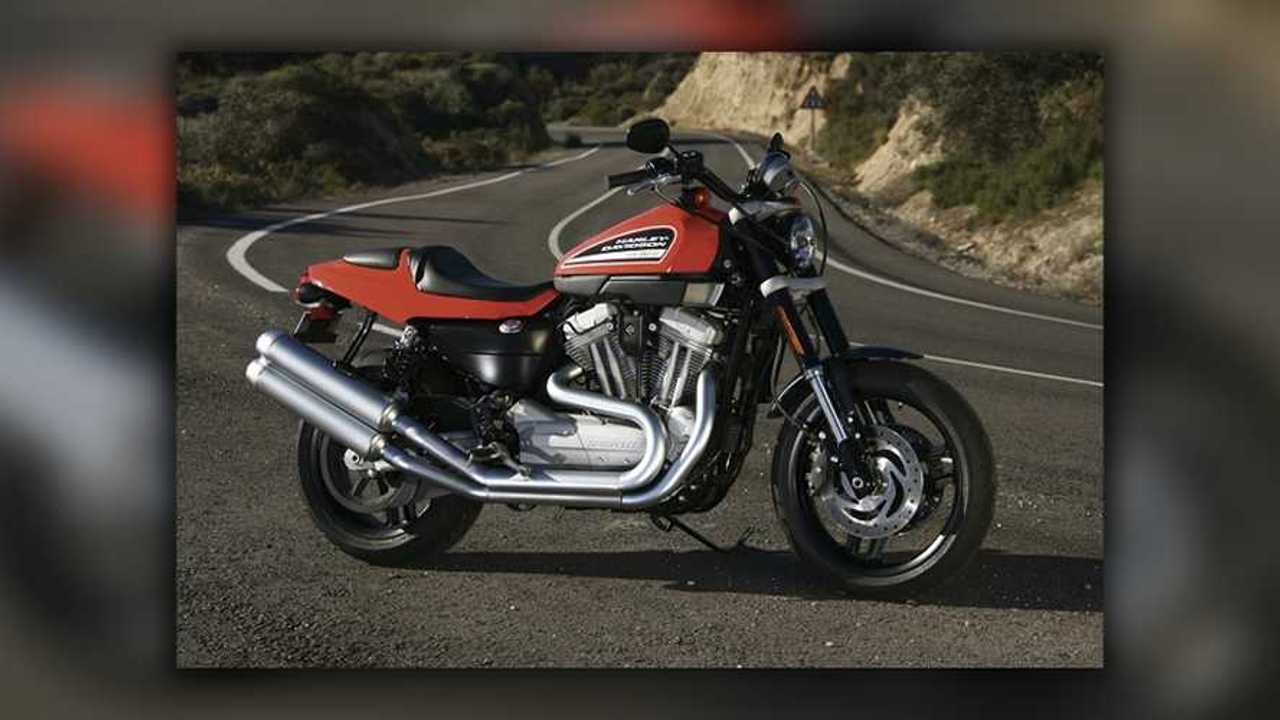 To each their own and this one's definitely my own.

Last week, I got the chance to visit a new and used motorcycle dealer outside of Toronto for work purposes. The shop mainly sells used Harley-Davidsons, so of course, walking in was like stepping into a sea of Roads, and Electras, and Kings of all ages and sizes. Among the impressive collection of bikes, I laid eyes on what I thought was a really neat-looking bike. I had to do a double-take because the bike I was looking at was a Harley. While I respect people’s opinion of the brand, I can't say I've ever caught myself looking over my shoulder at a passing Harley. So that was a new feeling for me. Me? Eyeing a Harley? I walked up to it. It turns out I was looking at a 2008 Harley-Davidson XR1200. It all made sense.

I knew the XR1200 has a chapter in Harley's history book, based on its successful flat-track racer, the XR750. It was the first time, however, that I got to see one in person. My lack of enthusiasm for the brand means I don’t usually hang out where Harleys abound. Although the model I saw on the floor was a 2008 model, it hadn’t aged at all. The company could decide tomorrow morning to bring it back unchanged and it would perfectly fit with today’s aesthetics.

The model was formally introduced in 2008 in Europe—the market for this sportier-than usual Shield-branded bike. It landed in US dealers a year later in 2009. Despite favorable feedback from test riders, the sales didn’t meet the expectations which lead the company to discontinue it in 2013.

Looking back at that move from a 2019 perspective seems ludicrous—think of how popular it could be today. I think the XR1200 simply suffered from a similar illness to the Pontiac Aztec or the Nissan Cube called "being ahead of its time". A decade ago, Harley-Davidson didn't have to deal with the same "aging demographic" issues as it does today—or at least, it didn’t express the same concerns about it at the time. It lazily surfed its wave of tranquility, propelled by its legacy and its clients' loyalty, perfectly content with its following of devout Orange and Black-clad enthusiasts.

The Sportster XR1200 was a departure from what the public was used to see from the brand and possibly wasn't ready for it. I have a feeling the marketing for it didn’t do it justice either—especially not in Europe where the price was set at €9,495 or roughly $14,675 in 2008 moneys. When it launched in the US, a more reasonable $10,799 price tag was attached to the bike, which represents a value of $12,900 in today’s market. Oh, the perks of local production! It wasn't enough to encourage customers to take them home, however, and after only four years, the model got axed.

Fast-forward half a decade and the company's tune has dramatically changed. It's finally facing the reality of an aging customer base and is making strategic moves to try and rejuvenate its image. While I have nothing against the Harley scooters, pushbikes, the Pan America, or even the Streetfighter, deep down, none of these H-D “innovations” feel all that special. What I know is that if Harley decided to reintroduce a modern-day XR, that’s the bike that would have the biggest potential of turning me into a new-generation Harlista.

Yes, adventure bikes and naked sportbikes represent important shares of the market, important enough for Harley to depart from its usual lines to try something new but what Harley is bringing to the table for 2020 has yet to rile me up. The Streetfighter isn’t bad looking, but its silhouette is one we’re oh-so-familiar with (Diavel anyone?). And while I’m a self-proclaimed Adventurista (can I say that?), the Pan America hurts my eyes. That Robocop headlight and square 80s’ silhouette already look outdated to me. (Edit: Director Jason strongly disagrees with my statement about the Pan America; he does have a thing for square headlights. That's the beauty of having "opinion" in the title: my opinion, my rules.)

If the excitement surrounding the launch of the Indian FTR1200 is any indication, people are ready for a model along the lines of the XR1200 to come back. Not only is flat-track racing compiling the best audience numbers it’s seen in ages, but tall, all-purpose bikes are gaining popularity and fast. In fact, while many companies are facing declining sales, Indian posted positive global numbers for 2019’s Q2 which it attributes partly to the market’s interest in the FTR.

Harley already has an entire collection of modernized V-twins, it wouldn't take much work to tune one up for a sportier application and fit it on the XR. The bike still looks really good and doesn't need any major updates to be relevant and exciting by today's standards.

I’m surprised this isn’t part of Harley’s master plan—at least not the one the company announced last year. Maybe in a dark office, somewhere in Milwaukee, there’s a team already working on a new-generation XR. While I’m here hoping the brand does something with what I think is a golden goose, maybe I’ll have to go back to the dealer to take that orange 2008 XR1200 out for a spin...