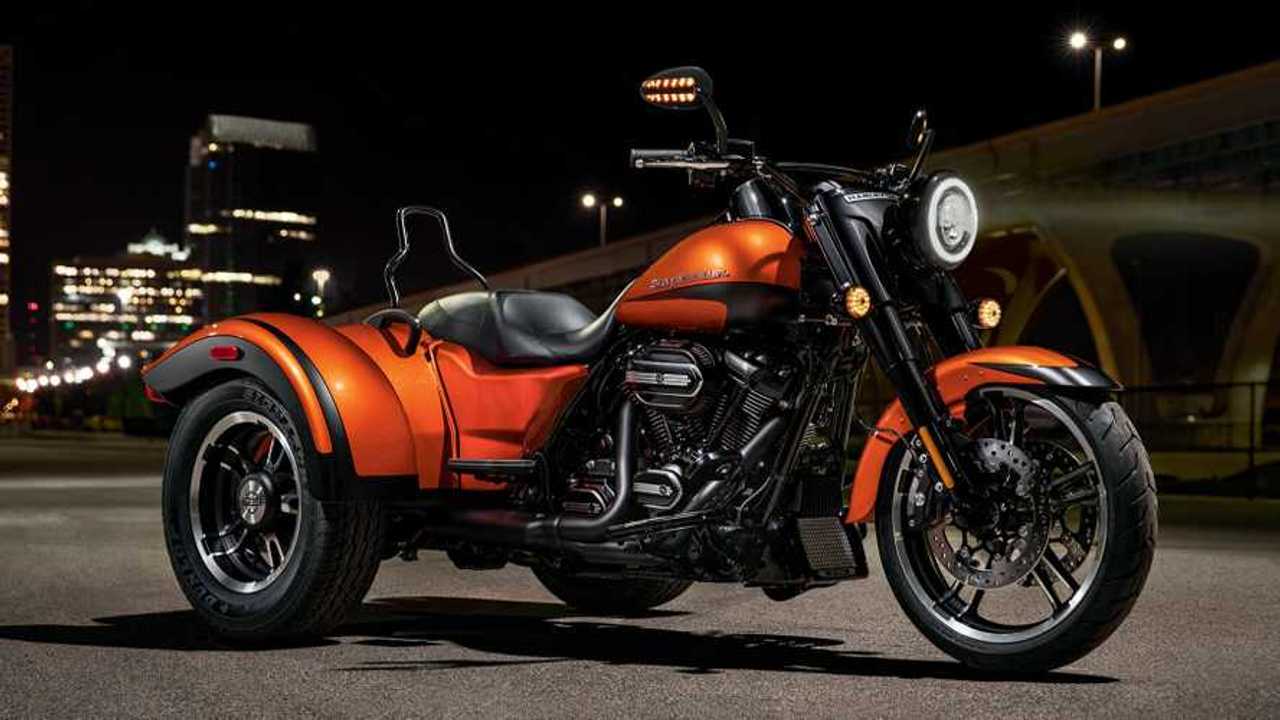 Hey, Roland! Thanks for writing in. So, trikes. Yeah. I had to go digging for your answer because I honestly don't know much about Harley's trikes. After some research, though, I think I got you covered. Let's dig in, shall we?

First, to talk about Harley's current trikes we have to set the WayBac™ Machine to The Year Of Our Lord 1932. Back then, as now, Harley was struggling and suffering a severe slump in sales. To be fair, they had a depression on, so that was a large part of The Motor Company's woes, but still. The more things change...

Anyway, in an effort to expand its product base and increase sales, Harley developed a three-wheeled vehicle they called the Servi-Car. That first Servi-car was powered by an R-series flathead engine mated to a three-speed, hand-shifted transmission. The front end was an old, reliable girder and the rear was a rigid-mounted axle with a differential. Initially built for use by car dealerships, Servi-Cars caught on with everyone from cops to ice cream men to mobile mechanics. Harley built the Servi-Car from 1932 to 1973, and save for a few brake, suspension, and engine upgrades, it remained unchanged its whole run. There's a lot more to the Servi-Car's history, but this isn't the place for it. Suffice to say it ruled.

Throughout the 70s, 80s, and 90s, various companies produced aftermarket trike kits for Harleys (and other manufacturers like Honda, Kawasaki, et al.). The largest and most famous of those aftermarket trike companies was Lehman Trikes. Founded in 1985 by John Lehman, the company built trike conversion kits for Harleys and Gold Wings for the first few years before branching out into other companies.

In 2009, Lehman entered into an agreement with Harley to provide components, paint, and conversion services for the launch of the Ultra Classic-based Tri Glide Ultra Classic. Tri Glide final assembly was done at Lehman's facility in Spearfish, South Dakota (the best-named town in the state), until John Lehman's death in 2012. Production was then moved to Harley's York, PA, facility.

Today, Harley offers two trike models—the Tri Glide Ultra and the Softail-based Freewheeler. I should clarify, the new trikes have nothing in common with the old Servi-Cars. Both models are identical to their donor models from the swingarm forward but have a solid axle mounted to a swingarm out back. Current Harley trike models are powered by the Milwaukee-Eight 114 mill mated to a six-speed trans. The big Tri-Glide Ultra even comes with an electric reverse gear.

So, there you have it. It was kind of a long, winding road to get to your answer but we got there. The trikes are built by Harley in York.

If you have a motorcycle-related question, drop us a line at info@rideapart.com.