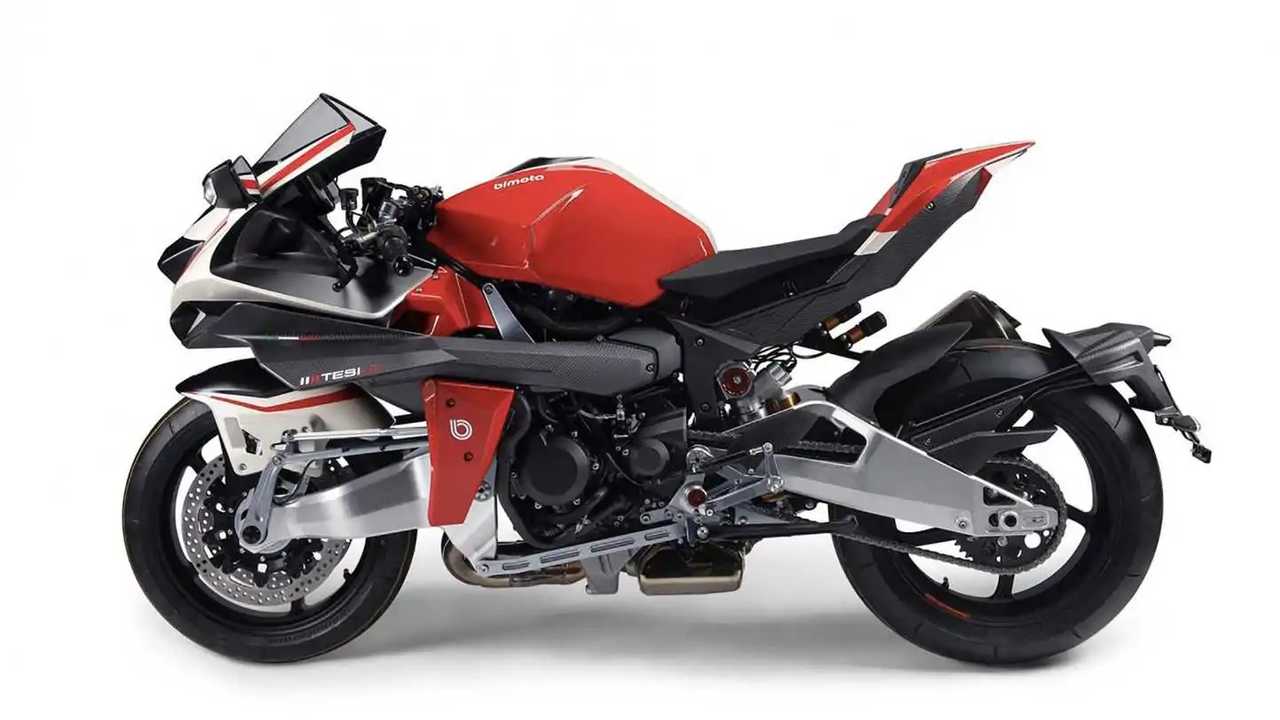 Two of the world's most outrageous manufacturers join forces to bring us something truly otherworldly.

What do you get when two of the world's most outrageous motorcycle manufacturers join forces and create an extremely high-performance machine? Well, you get a bike that looks like it belongs in an art gallery capable of decimating some of the world's best motorcycles in terms of performance.

This is precisely what could happen, should the Bimota Tesi H2 finally begin production. Recent postings on Bimota’s social media platforms suggest that the motorcycle is nearly ready for production, with images showing nearly completed bikes.

If your love for motorcycles runs deep, you’d know that Bimota’s signature feature lies in the front suspension assembly. Rather than using a conventional telescopic front end, as other sensible manufacturers do, Bimota uses a front swingarm and monoshock assembly. Apart from looking absolutely trick, this system has the ability to separate braking and cornering forces, allowing the bike to change direction a lot faster, and preventing the bike from diving under heavy braking.

The Bimota Tesi H2 will be powered by the now-iconic 1000cc supercharged in-line four engine by H2. Yes, the same engine powering the fastest production bike in the world—the Kawasaki Ninja H2 R. The supercharged engine is rated at up to 300 horsepower, but chances are, a more docile state of tune will be adopted for the Tesi H2, similar to that of Kawasaki’s road-going supercharged bikes.

Bimota has also confirmed that the bike can be expected to hit showroom floors in the latter part of this year. As for price, the Tesi H2 will be sold to Italian customers for around €62,000, or $67,000.