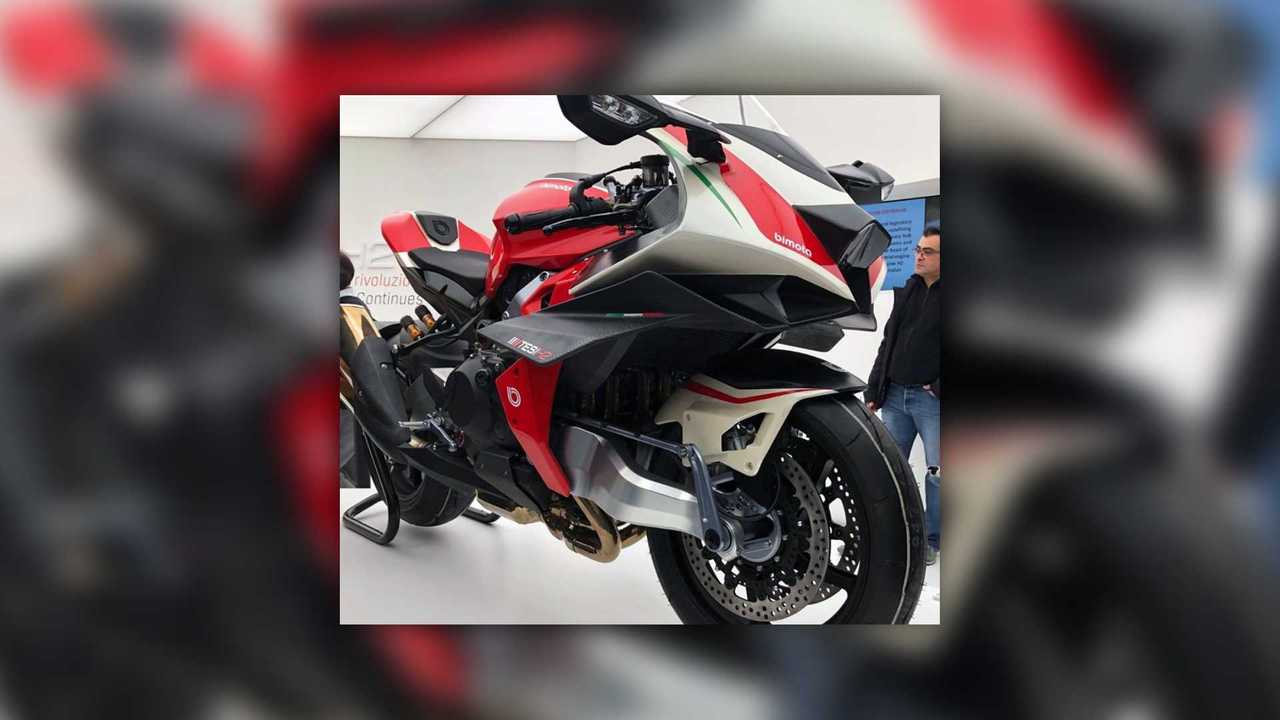 Oh ho! What's this? We spy with our little eyes something amazing out of Milan. An Italian-Japanese hybrid that combines a supercharged mill, bleeding-edge technology, and two (count 'em!) two swingarms into one achingly lovely package. Friends, feast your eyes on the new Bimota Tesi H2.

For a while now, word around the campfire was that Kawasaki had its eyes on struggling Italian superbike maker Bimota. That's all it was though, just rumors. That is, it was just idle talk until today when Bimota pulled the cover off its gorgeous Tesi H2. See that H2 bit there? Recognize that? Of course you do, that's Team Green's shorthand for its supercharged engines and OH MY GOD THIS BIMOTA HAS AN H2 ENGINE IN IT!

Whew, sorry 'bout that. We're a little excited about this thing. Anyway, Kawasaki announced on its Instagram page on November 6, 2019, that it had officially partnered with Bimota and "Considered it a privilege to be able to, through Italian Motorcycle Investment, support the BIMOTA brand in its revival." The rest of the post, a collection of phone pictures of the Tesi H2, suggests that Team Green is not joking about that. The bike is gorgeous, with Bimota's typical angular styling and attention to detail. It is, in fact, the kind of motorcycle that Cyberpunk Godfather William Gibson referred to as a "crouching enamel scorpion".

As for hard numbers, there's precious little info right now. The new Tesi H2 is powered by Kawasaki's blown, 998cc inline-four mill—the same one that's in the new Z1000 H2. The powerful Japanese mill is wrapped in Bimota's super-stiff dual-swingarm frame and comes with a heap of techno-wizardry and top-end components from usual suspects Öhlins, Brembo, et. al. There's no word on pricing, but you can bet it'll be eye-wateringly expensive with all that carbon fiber, high tech, and Bimota style jammed in.

Word is that the Tesi H2 will be a very limited edition bike, and we probably won't see on here in the Colonies unless it shows up in, like, Jay Leno's garage or something. We'll have to content ourselves with gazing at it longingly from afar and wishing, once again, that we could get the cool bikes over here like they do on the Continent.

Check out our EICMA coverage page for more news from Milan!