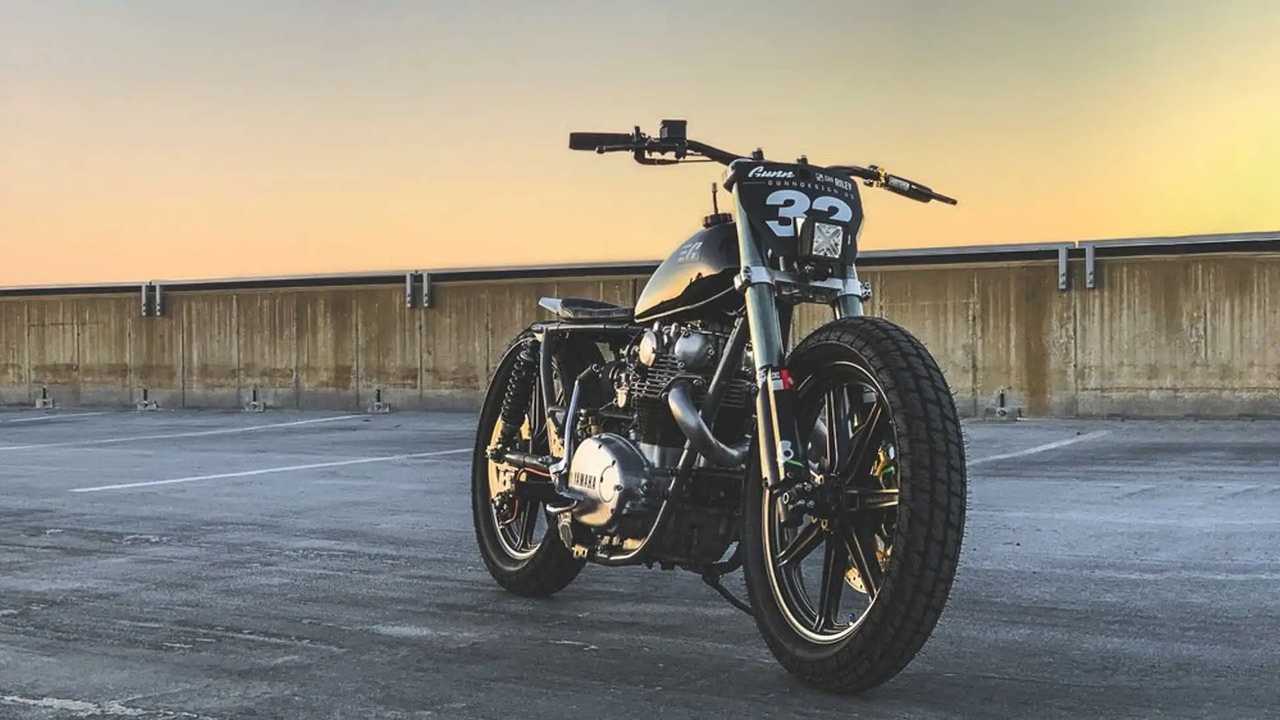 "As a garage builder, I can do things that larger companies and OEM outfits cannot—push the envelope with Johnny Law."

The Yamaha XS650 is one of the iconic Universal Japanese Motorcycles of the 1970s and early 1980s. It's also a favorite of custom builders, who often turn them into bobbers or crazy choppers. Gunn Design took the path less traveled with its XS650 build, however, turning this example into a barely legal flat tracker hooligan bike.

Bike Of The Week: Portland Is Sexy Yamaha XS650

The bike began its life as a 1980 XS650 Special, one that was in pretty good condition for its age. It didn't remain that way for long, though, as its conversion into a flat track-inspired custom began.

"I really wanted to incorporate as much ‘moto’ as possible in this build," reads the website. The original front end is gone, replaced with a YZ250 dirtbike front suspension, billet trees, Pro Taper bars, and motocross controls. A racing-style number board takes the place of a headlight, with a single LED pod taking over forward illumination duties.

The rest of the bike was stripped pretty bare. Anything not absolutely necessary for the bike's operation was removed. The seat, although classy pleated leather, looks to have barely any padding. This is perfectly appropriate for a bike intended to rip up the dirt, where you should be standing up on the footpegs anyway.

One of the few parts that did not get the minimalist treatment was the 19-inch wheels in the front and rear, which seem to dwarf the rest of the bike. These wear a pair of Dunlop DT3 flat track tires. The XS also got a high-mount exhaust like a scrambler instead of its traditional low pipes.

Gunn Designs makes no secret that the Street Trakker seriously pushes the limits of street legality. On the contrary, they're rather proud of it. "This bike has seen its equal share of street hooliganism, as much as offroad enthusiasm," says the website. As the great Balladeer Waylon Jennings once sang, "That's just a little bit more than the law will allow."

I appreciate this bike for being a bit different than normal. Anyone can build an XS650 chopper (for proof of that, look at Shadetree Surgeon). It took some creativity to turn this one into a flat tracker and to do it as well as Gunn Designs did. It's even better that it's a bad boy, fully functional and ready to cause trouble.