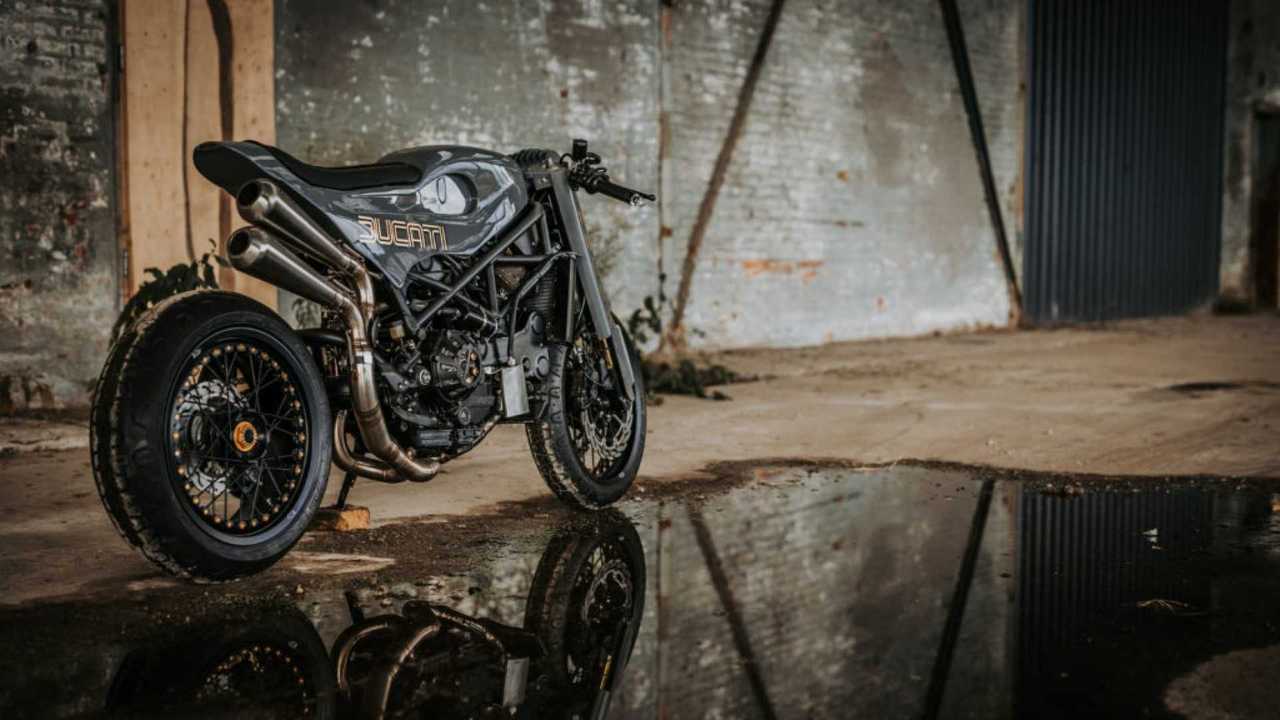 It's their first Ducati, and you wouldn't know it from looking at it.

We've covered the creations of Moto Adonis before, such as this BMW R80 RT cafe racer, and this BMW R1100GS desert racer. This time the Dutch customizer has branched out a bit and taken on their first Ducati, the venerable S4R.

Who Mourns For Adonis:

Of course, when you look at this bike you can't tell what it used to be in its past life. Its name, Duc92, is a direct reference to its past. The 92 refers to the year that the Monster was introduced, which donated its DOHC 996cc 113-horsepower engine to the S4R and therefore to this bike. That's pretty much the only connection to what it used to be, though.

One of the most noticeable features on this bike is the single piece incorporating the gas tank, seat, and tail of the bike. The shape of this piece was inspired by the form of a whale, though clearly without its enormous weight. The front end is also quite distinctive, with covers over the slightly shortened original 43mm USD Showa forks, and louvers resembling a heat sink where the headlight used to be. Small LED units below it and on the forks light up the road ahead.

A bit of custom work went into the radiator as well. The original piece was too big, so Moto Adonis removed it and replaced it with a much smaller one. The wheels have been exchanged for custom ones by Kineo, and Moto-Master wave rotors replace the stock ones. Small tasteful Nissin brake and clutch levers take their place on the handlebars, with a Motogadget Motoscope Pro gauge unit taking center stage. This connects to a Motogadget m.unit, as well as Motone push-button switches and m.Blaze Cone turn signals on the bar ends. The Illestrator uses many of these same components on his BMW K100 cafe racer project and explains the details of this neat aftermarket electrical system quite well in this video.

The finishing touch was a wild-looking exhaust, which Moto Adonis had their sub-brand Mad Exhausts fabricate. They usually build exhausts for Harley-Davidsons, BMWs, and Yamahas, but they, too, tackled their first Ducati for this build.

The overall look is... distinctive, to be sure. It's rather polarizing and certain to evoke a reaction, be it positive or negative. Love it or hate it, you must admit that Moto Adonis is not holding back on their creativity when it comes to motorcycle design.