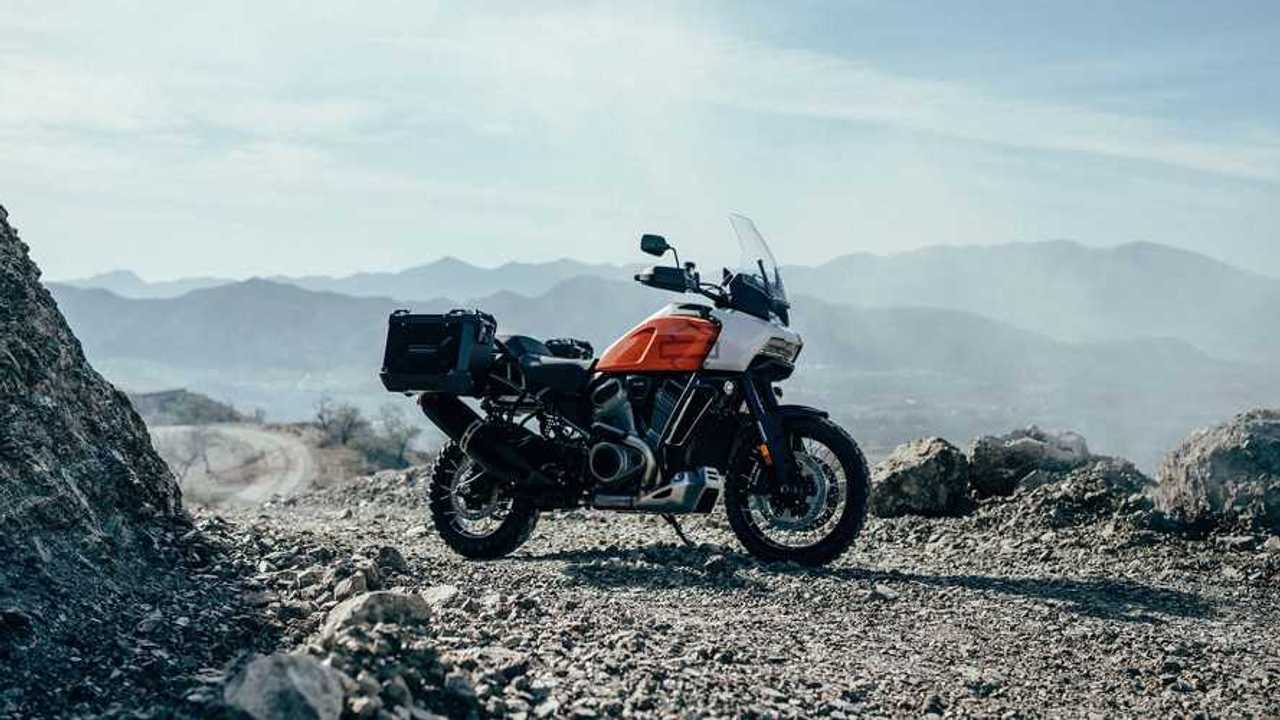 Harley-Davidson is finally ready to move forward with the master plan it unveiled last year. The plan spreading a few years includes the addition a new, more “unusual” models to the American lineup in the hopes of The first two models to hopefully give the brand a new direction have now taken the stage. Meet the new 2021 Pan America and Bronx.

We’ve been expecting these two for a little while now and it’s good to finally see them in the metal. Along with the two new bikes, the Motor Company takes advantage of the spotlight to also launch a brand new powertrain, V-twin of course. The Revolution Max is a liquid-cooled, 60-degree V that’s available in two displacement sizes, each one underlining one of the two new models.

The Revolution Max 975cc powers the Harley-Davidson Bronx, the manufacturer’s new player in the streetfighter segment—who would have thought the era of the sportbike would make a comeback at Harley? I said in the past that the new streetfighter’s looks did nothing for me. Scratch that: I think it actually looks pretty good! The maker is a bit vague when it comes to power figures, stating that the smaller Revolution will push “more than 115 hp” and “more than 70 lb-ft of torque”.

The 1,250cc version of the twin goes in the Pan America adventure bike—a first for the company that usually mainly focuses its efforts on touring-friendly models. The Pan America offers a different take on touring by adding adventure to the mix. The bigger iteration of the new V-twin also gets approximate ratings with more than 145 hp and more than 90 lb-ft of torque. Considering the model will at least produce that much power, it’s safe to say that those are really interesting figures. It will all depend how heavy the Pan-Am will be.

There’s still a lot the company can tell us about its new models but I have a feeling we’ll have to be a bit more patient to get the full portrait. The two new models and their respective twins will launch later in 2020 as 2021 models.

Check out all our coverage of EICMA 2019!