You can see them in person if you go.

Unboxing videos can often be hit-or-miss—but this one is all hit, all the time. Suzuki Great Britain received a very special shipment in early September 2019 from Australia. Fans of racing history will be very interested to know what’s inside these crates.

Tributes To A GP Master: 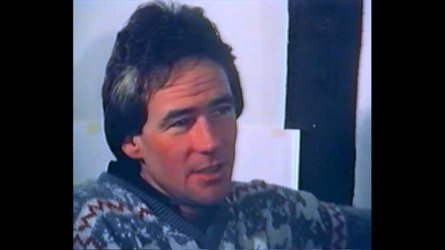 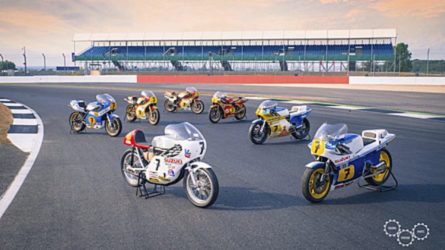 This isn’t the first time Suzuki GB has had a hand in restoring key pieces of Sheene and Suzuki’s world championship history. In 2017, Sheene’s race technician, Martyn Ogborne, restored Sheene’s 1976 world championship-winning XR14 alongside Nigel Everett. Everett also has a long history with Suzuki, if not specifically on Sheene’s team back in the day. Both Ogborne and Everett will be responsible for the restoration duties on these beautiful, one-of-a-kind bikes as well, in partnership with Suzuki’s Vintage Parts Programme.

Suzuki GB arranged to have these shipped over from Oz so it could fully restore them with as many factory parts as possible. After the most careful and thorough of goings-over, the plan is to display two of them at the upcoming Motorcycle Live event that runs from November 16 through 24, 2019 at the NEC in Birmingham.

The XR45 and the XR23A will be completely restored and also started up at Motorcycle Live. Meanwhile, the XR27 will be displayed at the show alongside Sheene’s 1976 and 1977 world-championship-winning XR14s, which Ogborne and Everett restored in 2017. If you’ll be in Birmingham for the event, you can find Suzuki at stand 4D20 to see all these gems of Suzuki racing history for yourself in person.