After One Comes Two: Emflux Teases Details On New E-Bike 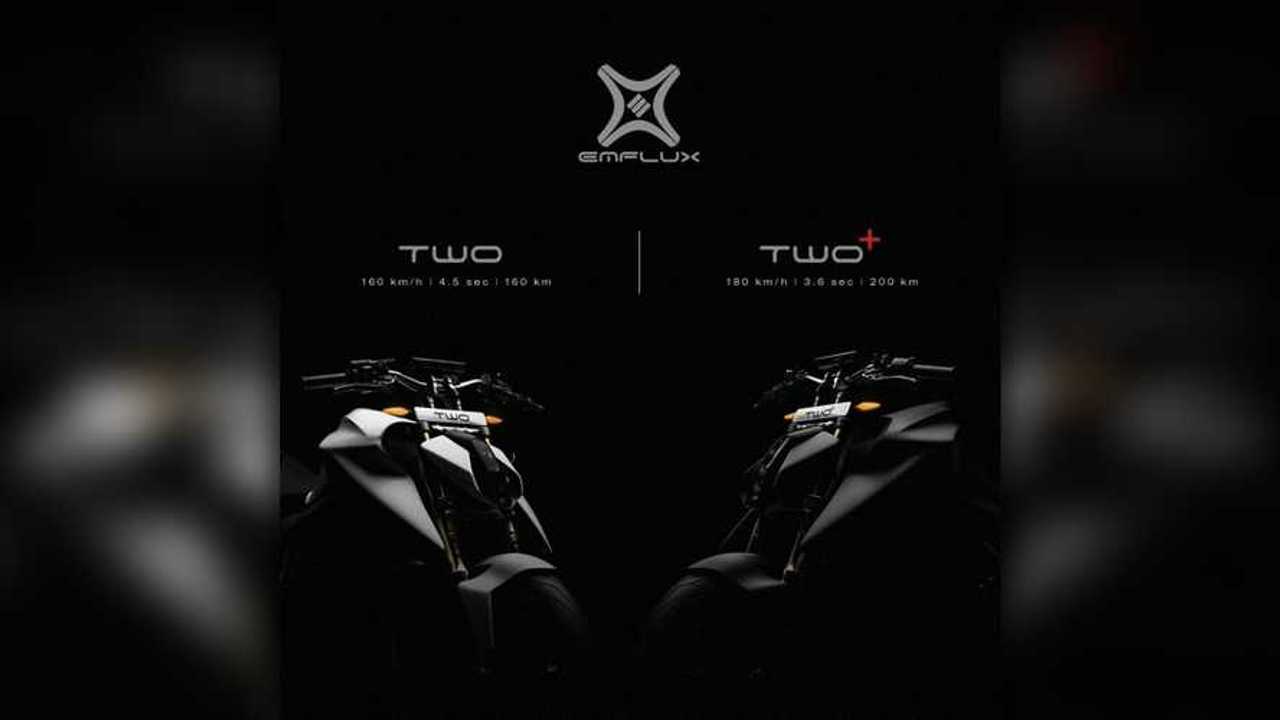 Then they were two.

Indian startup Emflux has recently started booking rides on its first electric superbike, simply dubbed One. The company has been around for roughly two years at this point and is still working on the development of its first model. Before the first few Emflux Ones roll out of production, the company is now revealing details on a brand-new model. Care to guess its name? After all, it takes Two to tango.

It Ain't Easy Being Super:

Should the specs announced for the Emflux One remain unchanged once the bike goes into production, it means some serious business. We’ll have to wait a while longer to know for sure, however, since the manufacturer confirmed it was running behind its original schedule. While it was hoping to launch the One this year, chances are it will only roll out in 2020.

The One is advertised with sexy numbers, but has yet to roll out of production.

In the meantime, the company started working on the development of a more affordable option, the Emflux Two and Two+. Not that the One will be particularly expensive, expected to sell for somewhere around US$9,000 in India—let’s call it expensive for the market that’s used to bikes selling for half that price.

While the One is a fully-faired, fully-loaded sportbike designed with performance in mind, from the teasers, the Two drops the fairing and seemingly opts for a more streetfighter-ish silhouette instead. As the nomenclature suggests, the model will be offered in two versions, with the “+” incidentally adding a little extra serving of zest.

We expect more details about the new model to be shared further down the road.