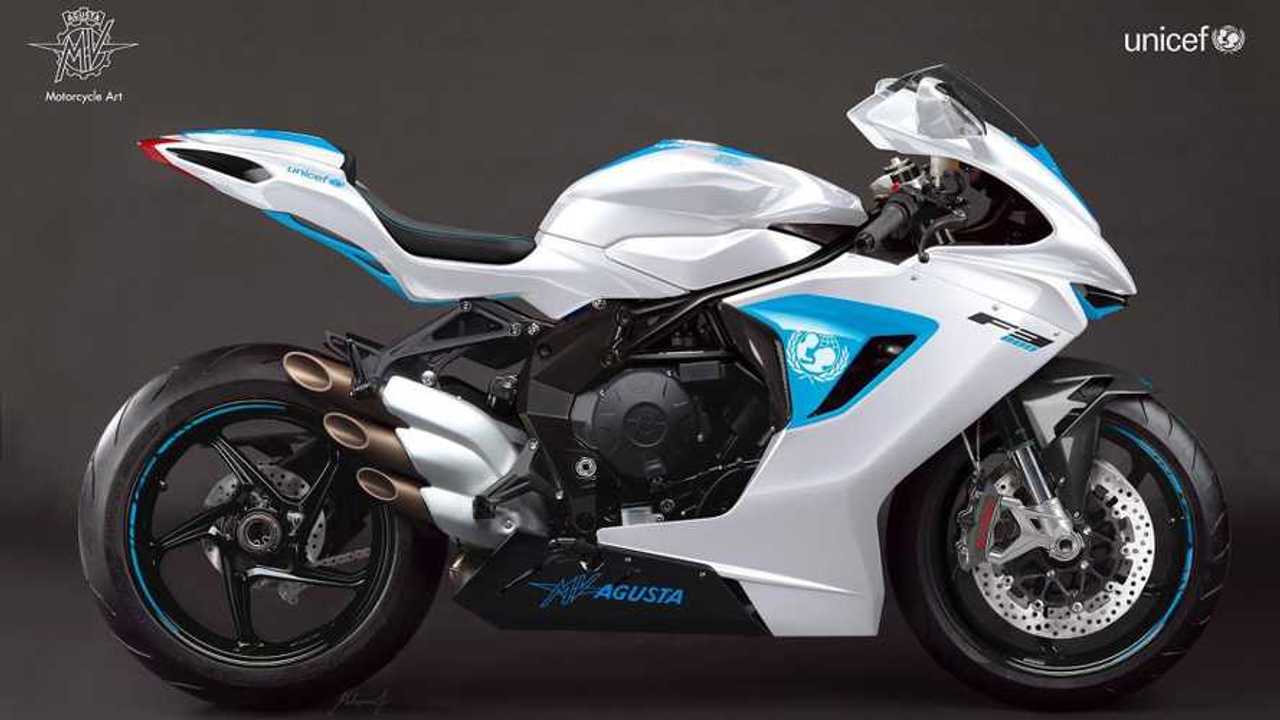 Care to guess which charity? Hint: the writing’s on the bike.

Motorcycles and charity work well together. After all, getting a sweet ride in exchange for a handful or two of pocket change that will serve a good cause is a pretty good deal. It’s also a great way for an organization to raise good money and for manufacturers to add a good deed to their board of achievements. The latest charity bike comes from Italian firm MV Agusta who donated a special edition F3 800 for UNICEF to auction off. Despite a bit of a gaudy livery, the cause was good enough to relieve a generous benefactor of $110,000 in exchange for this unique model.

The purpose of this unique F3 was not subtle, In fact, it had UNICEF’s name written all over it, literally. The model traded its racing-inspired livery for a white and blue one. The one-of special edition motorcycle was also decorated with numerous UNICEF crests.

The bike itself remains unchanged. It sports the same 798cc, three-cylinder mill with its striking triple exhaust tip. The speedster is able to produce a staggering 148 horsepower and can reach a top speed of 150 mph.

This F3 was auctioned off during a charity gala hosted in Sardinia, Italy last week, an event attended by a number of celebrities including Christopher Walken, Claire Foy, and Adrien Brody. A number of works of art were up for auction during the gala alongside the F3 with all proceeds going to charity.

“I am so happy that our special F3 800 for UNICEF Italia found such a generous buyer. All our motorcycles are hand-crafted, and it takes an incredible amount of pride, passion, and experience to manufacture one. This special one is unique, and to know it will serve a unique cause makes every woman and man involved in its production even prouder,” commented Timur Sardarov, CEO of MV Agusta.