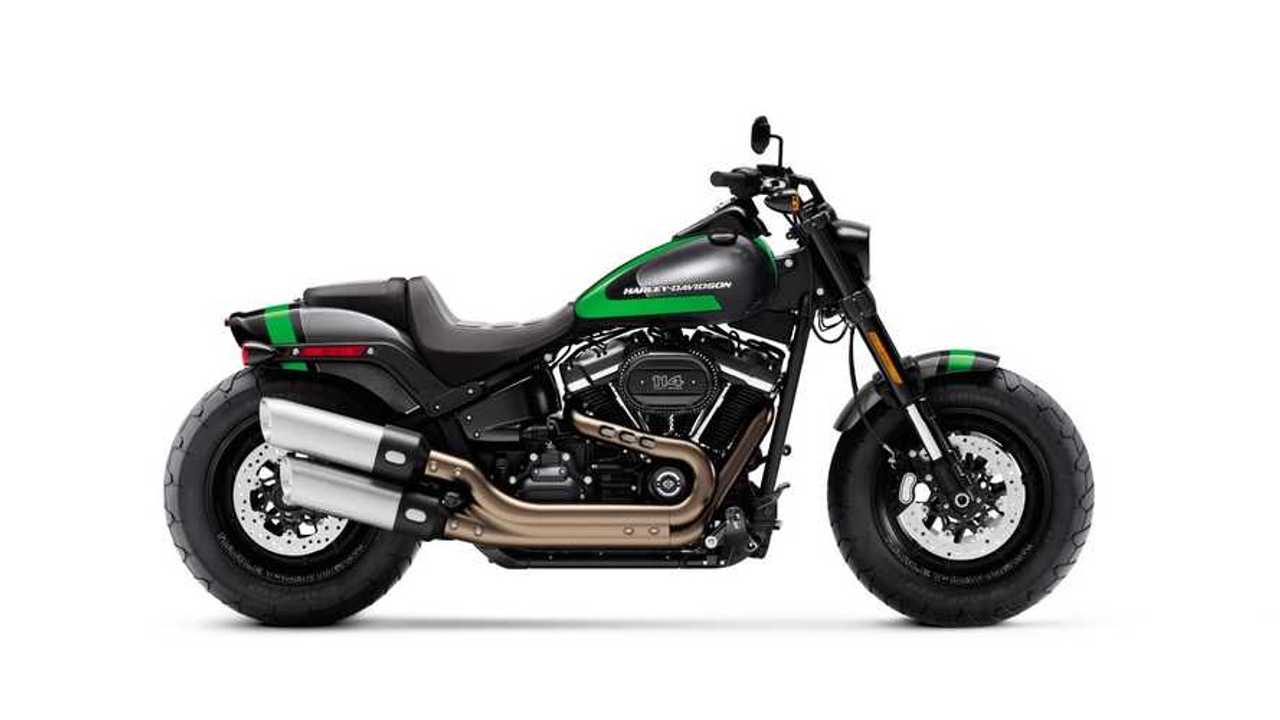 The Quick Shift edition sports a gunmetal metallic and vivid black base with pewter pinstripes across the fuel tank, front fender, and rear fender. Owners can customize the design with hyper orange, hyper yellow, or hyper green accents.

Quick Shift will be extremely limited with only 100 available worldwide and a price point of $1,699-$3,099. For those riders looking to stand out among their friends, this option presents a modern aesthetic that resembles the multi-paneled Club Style paint jobs popular in the Harley performance and stunt riding circles. The metal-tones with highlighter accents are also reminiscent of Matt Laidlaw’s recent Coast Glide builds.

For the Touring models, the Mayhem series includes custom-painted CVO Rear Fender and lighting, front fender, stretched saddlebags, side covers, chin spoiler, gas tank, and upper fairing, depending on your model. The kits will run between $6099-$7099.

“The Mayhem Limited Paint Set embodies the feeling of speeding away from the everyday noise, through its Inferno red pearl and phantom black base and its ghost-white with brushed silver highlights that accelerate from the front to the back of the bike.” Harley-Davidson said in a press release. “The performance-inspired number one logo set within the deep charcoal on the saddlebags gives a subtle nod to Harley-Davidson racing heritage.”

The Mayhem line captures the bold graphics and aggressive styling that’s emerging in the performance bagger scene. With Sturgis underway, the Motor Company couldn’t have picked a better time to introduce custom liveries to their catalog.

If the Mayhem or Quick Shift sets are installed at a certified Harley-Davidson dealership within 60 days of purchasing a new Fat Bob, Breakout, Road King, Street Glide, or Road Glide, the parts are covered under the extended limited two-year warranty of the vehicle.

It’s no secret that Harley-Davidson has struggled to attract newer, younger riders in recent years. That said, the Limited Paint Sets show that Harley is listening to its customer base and observing aftermarket trends. You may not associate the brand with performance motorcycles but they’re aiming to change that perception in the near future.