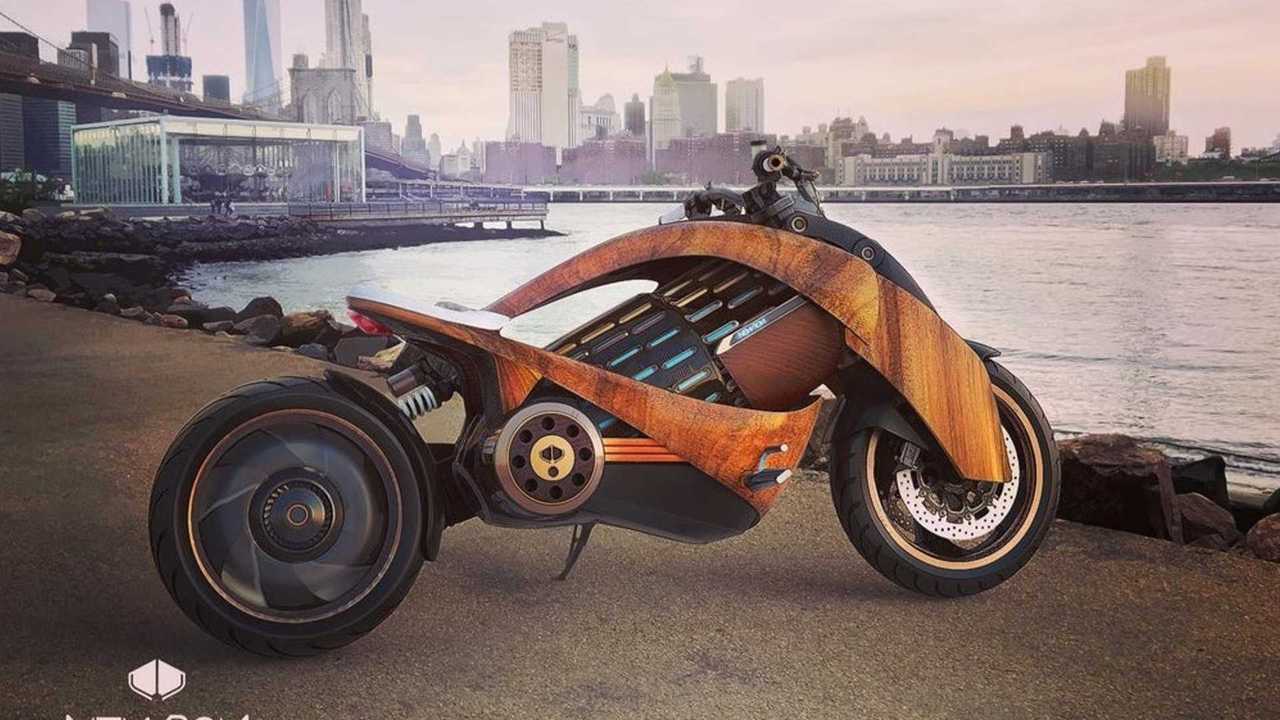 It's pretty and electric: two things that don't usually go together.

Electric motorcycles are taking a little time to come into their own. Motorcycle design has always been strictly dictated by their power train, which means finding a spot for a gas tank, routing the appropriate fueling and breathing capacity, and transferring power to the rear wheel from a crankshaft. What happens when designers don’t have to account for all of that mechanical accoutrement, though?

Electric Motorcycles Can Be Pretty:

The Most Adorable Electric Scooter Has Launched
⠀

This innovative electric motorcycle from French company Newron is among the first to break the traditional motorcycle design trend. The first thing you’ll notice is that quite a lot of it is made out of wood. That alone is a radical departure from typical motorcycle design, but one that will not catch on where there is any kind of weather. The second thing you’ll notice is that pillar of wood right at the front of the seat. Stop too hard and that thing will be all up in your business, and not in a good way.

A motorcycle by definition needs two wheels in the same plane and a seat somewhere in the middle. Electric motors are getting more powerful, and batteries are gaining capacity; all of this tech is likewise getting smaller. Motorcycles powered by electricity don’t need gas tanks, and their flow of electrons are neither aided nor hindered by gravity. All of this means that motorcycle design is about to take a hard turn away from what we all know as the classic “motorcycle” look. We’re at the very forefront of electric vehicle design, and while right now we see a lot of electric motorcycles that look just like their gasoline-fueled counterparts, mark my words: we’re going to see a whole lot more unusual designs. The constraints created by an internal combustion engine are evaporating.

Newron’s bike is quite a bit different from early, boxy electric motorcycle designs and not just because pieces of it are wooden. The battery itself, instead of being hidden, is adorned with subtle LED lighting and small ports that make the whole thing reminiscent of a jet engine. Everywhere else, the bike has incredibly clean lines and a swooping architecture that would make a fan of mid-century modern design absolutely swoon.

Newron is partnering with French firms Dassault Systems and Advans to build the bikes. There will only be twelve of them produced and offered for sale, and those will be available, briefly, next year. There’s no word on the price, but the look of the thing screams “if you have to ask, you can’t afford it.” Power, capacity, charge times are all a big mystery at the moment. That said, It’s awful pretty, isn’t it?