Living In A Motorcycle Pop-Up Trailer

Kevin has been living on the road for nearly a year and is loving it.

Many of us love long motorcycle road trips—a day, a week, maybe a month in our wildest dreams. What if you could go on the road indefinitely? Kevin has done exactly that, living in a small pop-up trailer that he tows behind his bike as he tours the western United States. 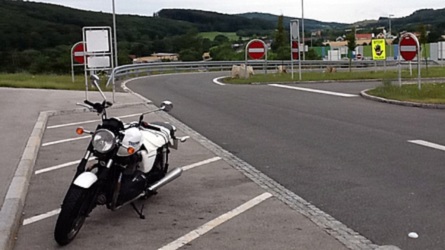 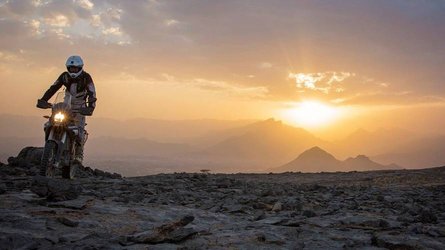 Kevin shares his experience and setup with Bob Wells, a pillar of the modern nomad community who preaches the joys and advantages of living a nomadic lifestyle. His CheapRVliving videos generally focus on vans, trailers, RVs, and the occasional car. Some people might take a small motorcycle with them, but Kevin has made the unusual choice of using a motorcycle as his primary vehicle.

His steed of choice is a 2012 Yamaha Super Tenere. Kevin used to moto-camp in tents like many of us do, and the bike is set up with tough luggage that can handle the trails as well as the road. For an endless trip, though, Kevin wanted a little more space and comfort. That's where his 2001 Windward pop-up trailer comes in. There is no commercially available trailer hitch for the Super Ten, so Kevin and his brother fabricated their own.

When parked, the tiny three-by-six-foot trailer magically transforms into the Tent Majal. The way Kevin sets it up it has essentially two rooms. The everything room serves as his kitchen, office, living room, storage area, and even his bathroom if he's roughing it in the middle of nowhere. Even at six feet, two inches, Kevin can stand up straight quite comfortably. The other half of his living space is the bedroom, with no less than a king size bed that he likes better than his bed at home. There are also large windows that he can open and close to keep the heat in when it's cold or let a cooling breeze through when it's hot.

Towing a trailer that weighs around 500 pounds loaded with gear certainly takes some of the zip out of your ride. Kevin still gets 30 miles per gallon while towing, though, compared to 35 unloaded, and the Yamaha's 1200cc engine doesn't even feel the extra load. The best part is when he gets to camp, unhooks the trailer, sets up his temporary home, then takes the unloaded Super Ten out to play. Talk about having your cake and eating it, too. Bad weather is the only major downside of this plan. You can ride in the rain, but with a little planning, Kevin can also just not travel that day, staying cozy and warm inside his portable home.

While Kevin is enjoying life on the road, he doesn't expect to do it on the bike forever. He plans to do it for another couple of years, then buy a truck or a van to live in. The one thing he will not give up, however, is motorcycling. Even when he settles into a more traditional rig (as much as you can consider nomadic life traditional), he has every intention of keeping the bike with him. For now, though, he intends to keep on living the dream.