How many times have you heard something along the lines of  “it’s almost 2020! Where’s my flying car?” Well if you’ve got the cash (and a little faith) you can have a flying motorcycle (though without any wheels can we really call it that?)

THE FUTURE IS (NEARLY) HERE 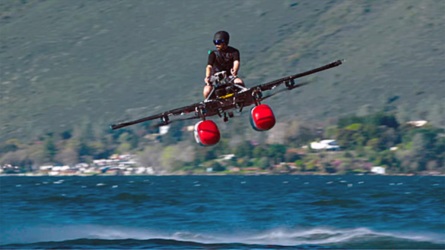 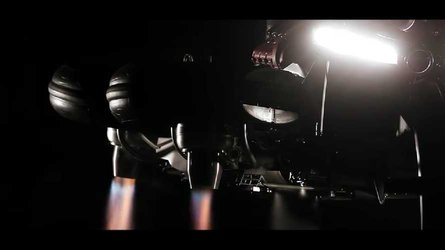 Jetpack Aviation, a company out of Los Angeles, is accepting deposits on what it says will be a run of only twenty (20) “speeders” for personal use. The rest will be slated for government and military use.

They run on diesel, kerosene or jet fuel and are powered by four “turbo-jet” engines. This is a good feature, since there are some other propeller-driven hoverbikes out there that look like a giant blender. Maybe that’s a crowd-control feature?

These Speeders have a top speed of 150mph, purport to fly to over 15,000 feet in altitude (though the pilot will have breathing problems) and have a twenty-minute range. They sport collision avoidance, electronic stability control and weigh 230 pounds without a rider, who can weigh no more than 250lbs.

If you’re super excited about this and want to look into the FAA rules near you, this aircraft is classified as an ultralight or experimental.

You can pre-order one right now, if you have a spare $10,000 (US) kicking around. The price tag on the vehicle itself is $380,000. Yes, that’s actually three hundred eighty thousand dollars.

If you poke around the manufacturer’s website, though, you will note that all of the pictures and videos are computer rendering of the product. There are no actual pictures of a concrete finished product, no videos of test rides. This product may or may not be smoke and mirrors.

This is where your faith comes in: are you wealthy enough to toss a little money at this project, for the prospect of perhaps owning something like the hover-bikes in everyone’s favorite space-based sci-fi movie? You remember, the teddy bears in the jungle? It is probably no mistake that they are named “Speeders” as we’ve all already been exposed to the name. I wonder if Lucasfilms holds any copyright there. If you do get one, though, try not to fly it into any trees while chasing rebels through the forests of Endor.