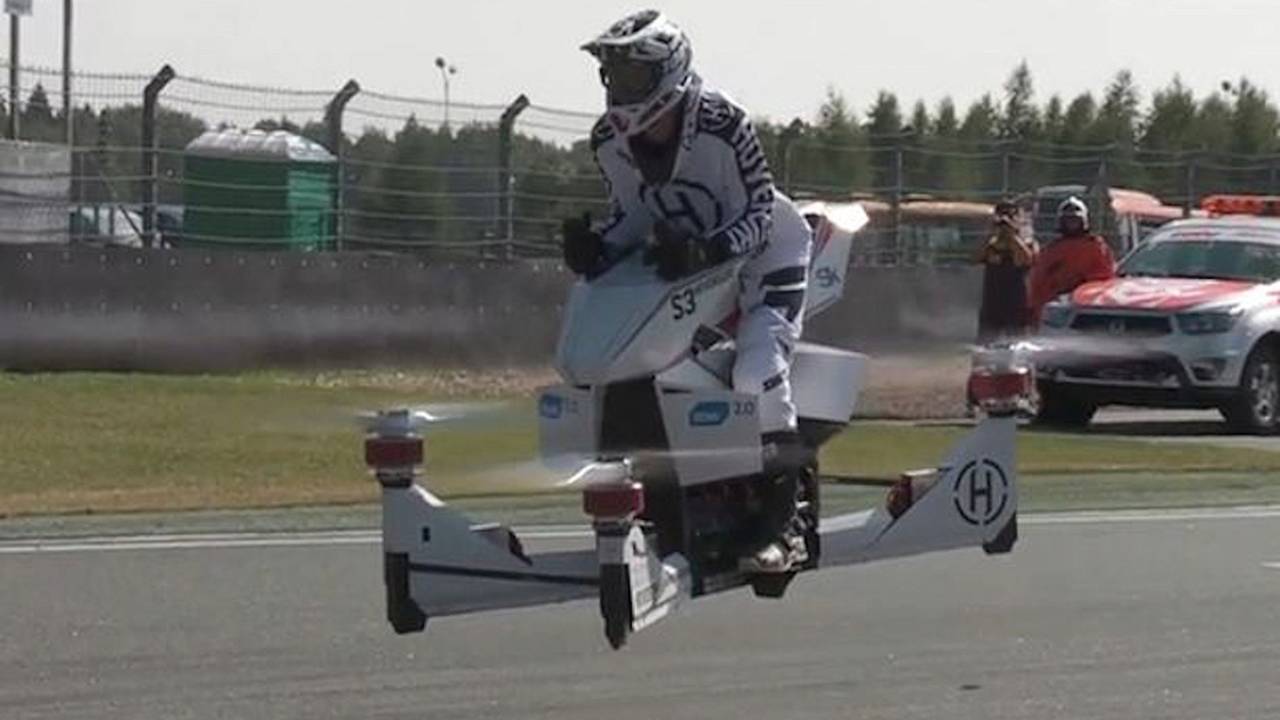 Word is that a Russian bank is investing several million dollars to develop a flying motorcycle, “which could revolutionize how we travel.”

According to the Daily Mirror, the “bikes” could be on the market as early as next year.

While neither a production schedule nor price has yet been announced, the HoverBike is expected to cost in the range of $40,000 - $78,000. The investment funds for its development are reportedly coming from the Russian bank Vnesheconombank.

Alexander Atamanov, the head of Hover Serf, (Can we talk about how weird this name is? Serf? From a Russian? Really? -Ed.) made a video from the ride… er, pilot’s point of view in the HoverBike S3 prototype recently at the craft's debut at Moscow Raceway. Atamanov said that Hover Serf has received a number of pre-orders from Asia and the Middle East. The vehicle was shown to the public at the Moscow Raceway that hosts international competition in road and oval racing events.

"Actually, it is surely not a motorcycle," said Sergey Gorkov, chairman Vnesheconombank, "It is rather a prototype of a platform, which has a multifaceted future. We believe it has prospects. We are planning to invest in this multifunctional platform. We think we will need several millions of dollars." He also noted that the hover bikes would be useful for transporting goods.

Mr Atamanov asserted that the HoverBike has already demonstrated its safety, even though it is still in the testing phase.

READ MORE: The Return of the Coolest Race on Earth

"We are so confident in our developments that I am ready to convince everyone that it is already safe and it can be used for extreme sports, for races, for competitions,” he told the Mirror.

The pace of research and development on personal “flying motorcycles” has increased significantly in the past few years. While some engineers and entrepreneurs have focused on the recreation and transportation side of the equation, others are concentrating on the search-and-rescue and law enforcement aspects.