Talk about your close shaves. 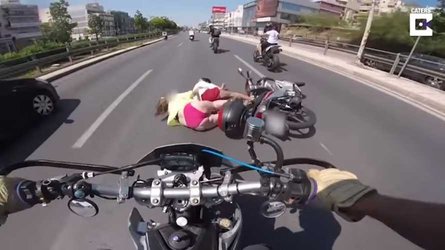 A Bikini Is Not Appropriate Riding Gear 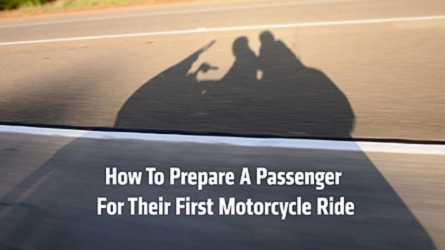 How To Prepare a Passenger For Their First Motorcycle Ride

Perhaps at the first red light you flip up your modular helmet and pop a little mascara on. Maybe you pull your lip gloss out of your tank bag and apply some at a stop sign, as long as there’s nobody behind you. It’s possible that you … ran out of the house without remembering to put any clothes on? And also maybe you neglected to shave your legs but you DID remember your razor?

This unlikely scenario was caught on a cell phone camera near Miami: the pillion, nearly naked and sans helmet, is catching up on her neglected personal care on the back of a scooter, in traffic.

I have so many questions.

Like: does the rider know she’s doing this? Where did she stash the razor? Won’t shaving dry lead to monster razor burn? Speaking of burn, shaving in direct Miami sunshine is a great way to get a terrible sunburn. Does she care? While she’s shaving she’s knocking the fur out of the razor onto his bike and possibly damaging the paint in several locations as she hunts around for a solid thwack to knock what's left of her pelt out of the blades. Think he’ll notice? What does she do with the razor when she’s done? What’s her next step in this routine? Did she pack any clothes for the rest of the day? What about some aloe for the burns that are sure to come?

It’s probably because I do not live in Miami that this entire scenario leaves me so baffled. Won’t she be cold later? Are the shops in Miami exempt from the “no shirt no shoes no service” regulations? Does a bikini top count as a shirt? Leaving out the obvious and problematic safety impacts should the rider on said scooter get them both into a scrape, perhaps her outfit is an advantage from the perspective of those of us who have experienced an angry hornet trapped in our riding jacket?