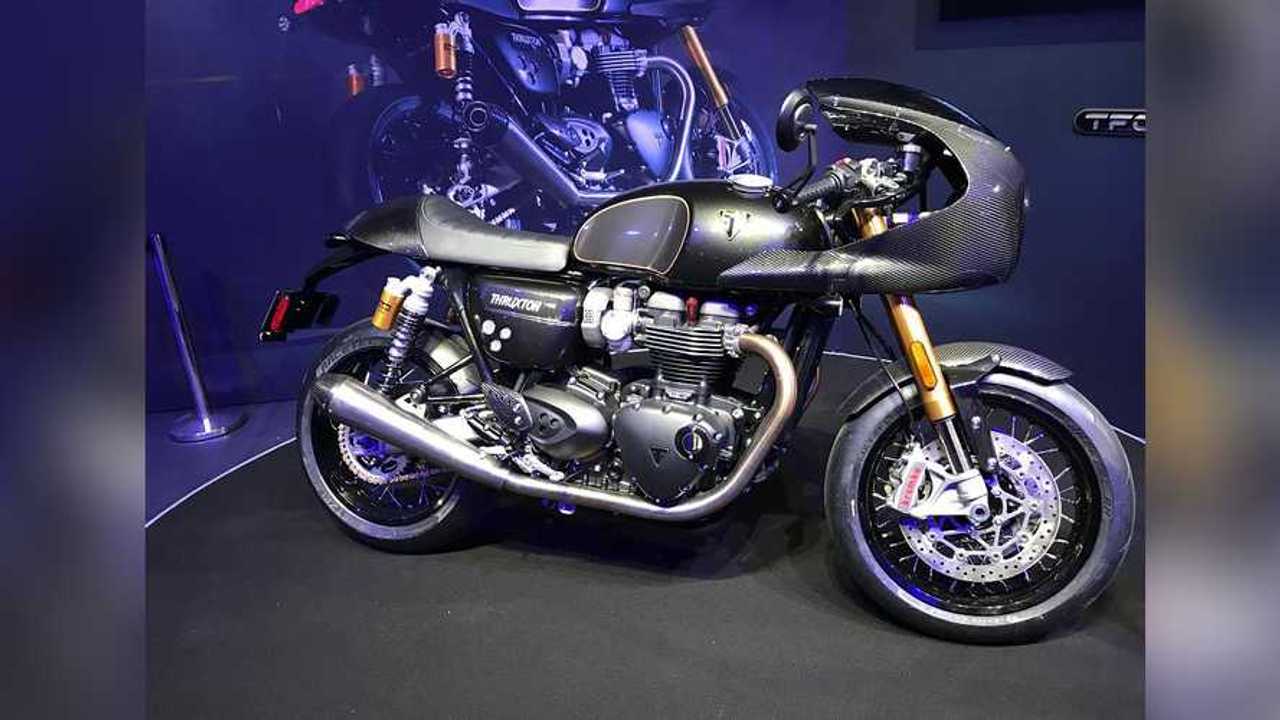 A few years ago, in 2014 to be specific, Triumph released the TFC1 Bobber and TFC2 Scrambler concepts, two customized designs that celebrated the Bonneville. At the time, it was a factory contest for the best custom Bonneville design—the Bobber won, for the record. Now, TFC is making a comeback and it’s awesomer than ever. There’s a Thruxton R TFC in the works and it looks wicked!

Earlier this month, spy shots of a new variation of the Thruxton R started popping on the Web with the promise of what could be a special edition of the bubble-fairing model. The bike was being tested on the roads in the UK, clad in carbon fiber and fitted with high-end components.

We kind of already had a hunch that something was in the works when pictures from the annual Dealer Meeting (the same event that got us the early pictures of the Speed Twin and our first look at the new Rocket 3).

We now know for a fact that comes January 2019, we’re getting a limited-edition Thruxton F TFC. Some dealers are even already teasing the new trim on social media. What does the TFC get you? Carbon fiber. Loads of it. In fact, the full fairing, the rear cowl, and the wheel guards are made of carbon fiber. It will also receive a Vance & Hines titanium exhaust. These tweaks will help drop the weight by as much as 10 lb and squeeze 10 more horsepower out of the 1,200cc parallel twin mill. Other expected premium components include Metzeler tires and Öhlins suspension. Only 750 units are expected to be produced.

Obviously, there hasn’t been any talk of pricing at this point. The Thruxton R is priced at $15,000, on the high end of the Triumph price range. Considering the quality of the materials and the components used, and the fact that the edition will be ultra limited, we can expect to have to pay a pretty penny to get our hands on one. Now you know what to keep your Christmas money for.