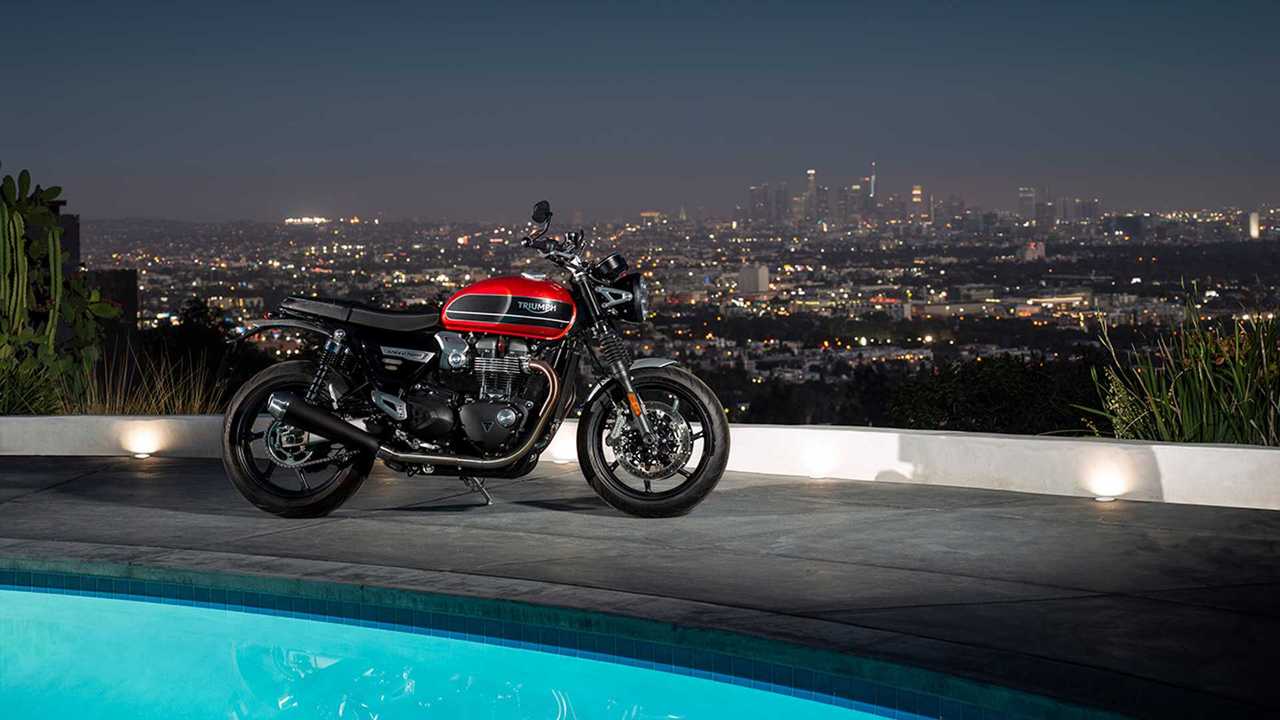 The numbers are looking really good.

We knew it was coming, we even already knew what it looked like after pictures of the annual dealers’ meeting were leaked, and we even got teasers to try and keep us excited. Well it’s finally here! Triumph unveiled the all-new (and returning) 2019 Speed Twin 1200 in Paris on Tuesday night and we now have a complete portrait.

There’s a new kid in town and Triumph’s classic-looking lineup gets a new and, we think, very fun addition to its range with the new Speed Twin 1200. In terms of design, it’s nothing we haven’t seen from Triumph; the Speed looks like a healthy dose of Bonneville T120 and Street Twin styling, propelled by the Triumph’s top-of-the-line mill, the 1,200cc, 8-valve, 270° crankshaft parallel-Twin big bore offered in the Thruxton, Scrambler, and the Bonneville.

The engine has been tuned to provide similar power to the Thruxton, producing an estimated 96 horsepower and 83 lb-ft of torque. The Speed’s engine, however, has received a few upgrades including magnesium cam cover, engine covers, as well as a revised clutch assembly that have resulted in a lighter block. This means that the new Speed is set to become the most exciting ride from the classic lineup, after the Thruxton, but with a more comfortable and relaxed riding geometry than Triumph’s famed café racer.

Suspension is provided by Kayaba forks and twin Kayaba shocks at the back. At the front, the wheel is fitted with a set of Brembo four-piston caliper and 305mm disk while at the back, Nissin provides all the grip in the form of a two-piston caliper mounted on a 220mm disk. The model receives three riding modes, Sport, Road, and Rain. It receives a set of elegant analog gauges—a step away from the brand’s recent addition of new TFT displays.

Pricing is set to be announced in January with an official arrival on the North American market scheduled for February, no time to waste! The numbers are promising and we have high hopes that this could become one of the most exciting neo classic Triumphs available.