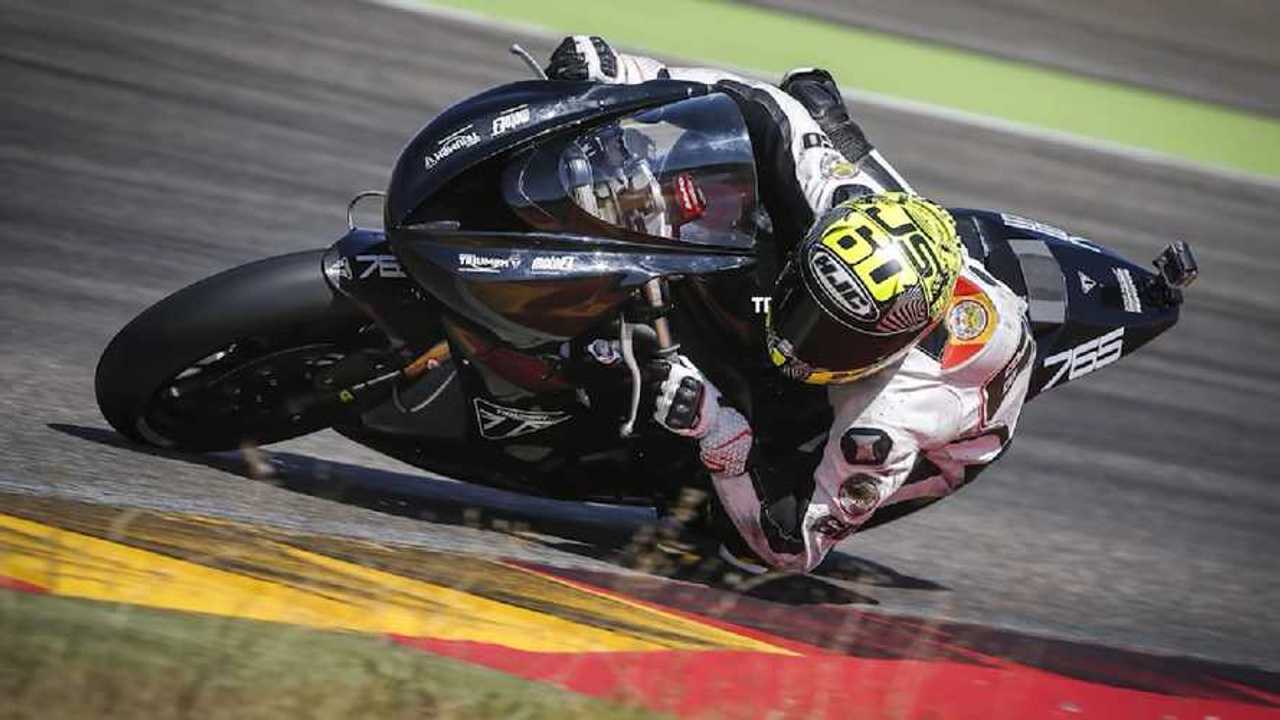 It's goodbye, Honda, hello Triumph for at least the next three years.

Moto2 is changing engine suppliers and dropping a cylinder starting next year. Instead of the Honda four-cylinder derived from the CBR600RR, Moto2 is switching to Triumph's 765 cc triple.based on the Street Triple RS, which itself is derived from the Daytona 675.

Moto2 engines to be based on CBR600RR

Like the Honda before it, the Triumph triple gets a bit of extra work to increase power and withstand the rigors of Moto2. These modifications include:

The end result generates 138 horsepower, eight more than the outgoing Honda powerplant. Development and testing of this revised engine was extensive, including dyno and multiple tracks. Triumph put more than 2,500 laps at race pace, which is double the life cycle these engines are actually expected to last in Moto2.

Julian Simon, 2009 125cc World Champion, Moto2 runner-up, and experienced Moto2 test rider said, “I am really happy to be here in Aragón testing the development of the 2019 Moto2 engines with Triumph. I can see there has been a big improvement with the latest engine, giving a great feeling. There’s a lot of power and the gearing is fantastic, and for the sound, this is also fantastic. To me, it’s fun.”

Triumph has signed a deal with Dorna, the commercial rights holder of MotoGP, to supply the dedicated race tuned 765cc Triumph triple engine for Moto2 from 2019 through 2021. The growl of Triumph's triple will take some getting used to instead of the Honda's scream, but it should be an interesting change for the series.