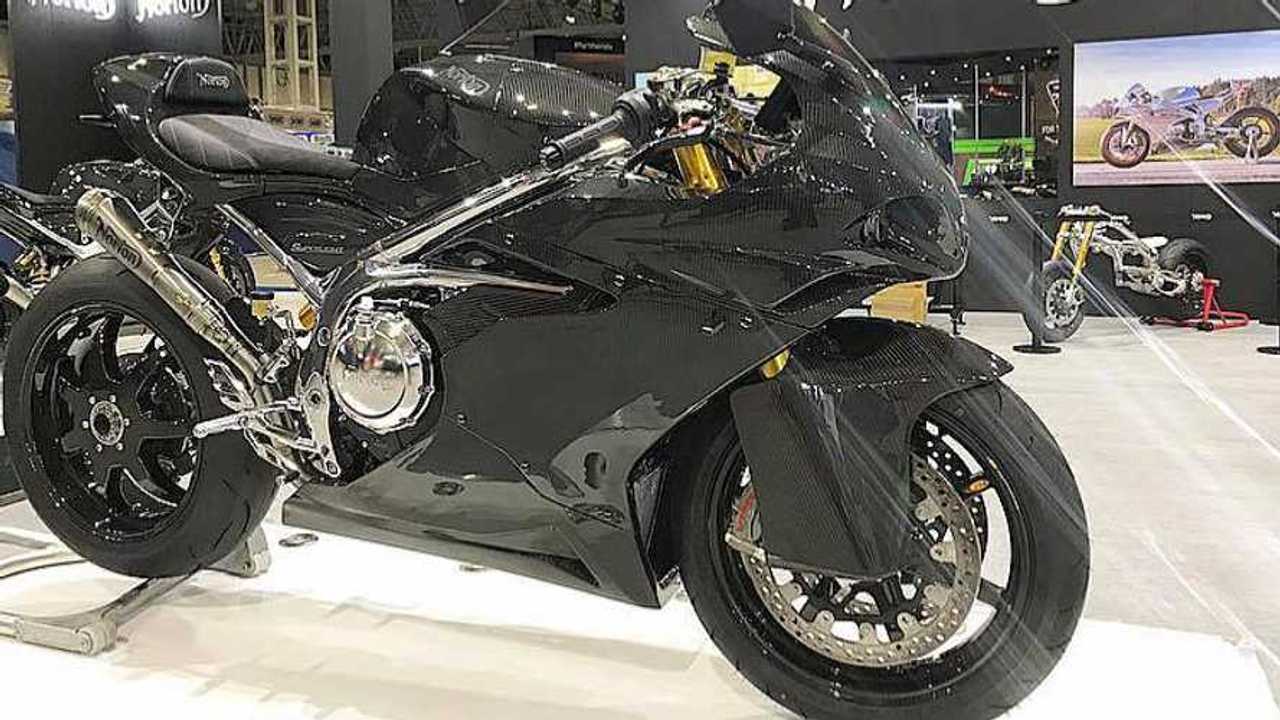 Pressing all the juices out of the new 650cc mill.

Is it just me or does it look like Norton is picking up the pace? Last week, the British brand unveiled the new Norton Atlas, a hard hitter that not only marks the introduction of a competitively priced model, but also the company’s first modern incursion into mass-production. The first few hundred units of both versions of the Atlas, the Ranger and the Nomad were already available for order at Birmingham, England’s Motorcycle Live bike show over the weekend. They weren’t the only things Norton showed off, however. There was also a little something sportier on the stage: the baby V4.

Its name: the Superlight. Its mission: the Lightweight TT. The Superlight is the downsized version of the V4 superbike with half the number of cylinders. The Superlight receives the same 650cc 270-degree parallel twin engine with overhead cam and idler gear introduced on the Atlas except Norton has managed to press 106 horsepower out of this mill’s iteration.

The real question is, however, just how light is the Superlight? Very. The 650 sportsbike tips the scale at 348 lb—that’s lower than some 400s currently on the market. Norton has achieved the Superlight’s tiny waist with the help of a twin-tube chassis that relies on the engine for added structural stabilty, but also thanks to carbon fiber. There’s quite a bit used throughout the bike: the fairing is entirely made of carbon fiber with a design that’s very obviously inspired by the bigger V4. The MotoGP underseat 18-liter gas tank is made of carbon fiber as well complete with Kevlar reinforcements. Available as an option is a titanium performance exhaust helps keep the weight low and the power high reserved for racing purposes.

Alongside the carbon fiber galore, the Superlight also receives a set of Öhlins fully adjustable suspension at the front and back and Brembo disks, calipers, and master cylinder. It also features three riding modes, quick shift system, as well as traction, launch, and wheelie control. The small sportsbike is priced at £19,950 (US$ 25,600) and will be Norton’s champion for the Lightweight TT at the Isle of Man.