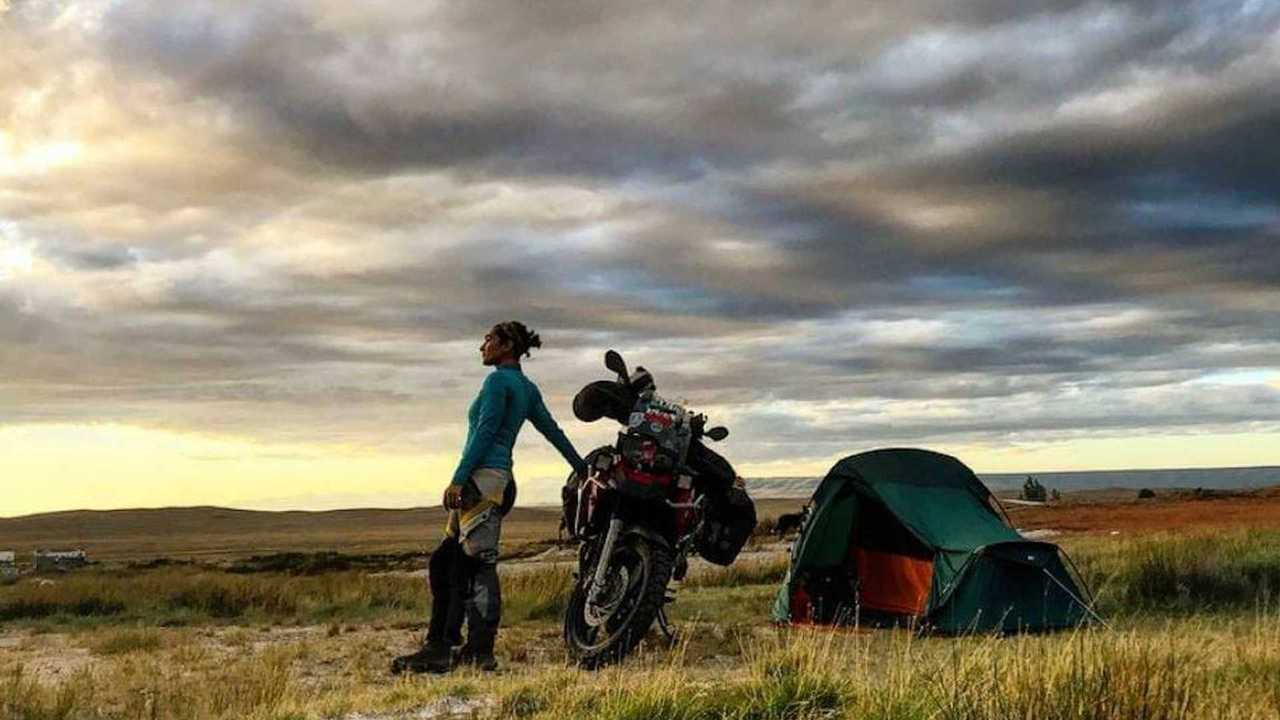 On her own, with no support vehicle, 36-year-old Dr. Maral Yazarloo-Pattrick rode over 100,000 kilometers across 64 countries in 7 continents. From March 15, 2017, until August 2018, this audacious adventurer set out to explore the people, places and the fabrics from around the world. However, ‘Ride To Be One’—the name given to Yazarloo-Pattrick’s project—also came to represent women’s rights, and more specifically those of women who are not permitted to ride and race bikes in her native country of Iran, where she chose to end her epic journey.

Dr. Yazarloo-Pattrick initially moved from Kelarabad, Iran, to India to complete an MBA and then a Ph.D. in Marketing at Pune University. It was during this time that she was compelled to ride—when a fellow student wouldn’t allow her to sit on his bike because she wasn’t a rider. Instead, she got her own bike and became the first woman in India to own and ride a Harley Davidson. After the 48 she got a Nightrod Special, then a Ducati Diavel and finally, for the expedition, a BMW F650GS. In every case, she broke the gender barrier and went on to encourage women to ride by opening women’s riding chapters.

Dr. Yazarloo-Pattrick is also a fashion designer with her own label, which she debuted in Paris in 2012. Her designs are colorful, bold and modern. In fact, she designed her own wedding dress, for the beautiful, spontaneous wedding she celebrated with her soul mate, in Macchu Picchu, Peru. Her partner Alex Pattrick is a man whom she often credits for being incredible in his own right and also for supporting her dreams so completely.

In addition to her travels and regular posts about people she met along the way, Yazarloo-Pattrick has been featured at TedX talks, been the subject of magazine profiles and radio interviews while she campaigns tirelessly to ensure that Iranian women be permitted to get driver’s licenses and ride motorcycles as well as raising awareness about domestic violence and rape.

When it comes to the sport itself, Yazarloo-Pattrick believes that religious or state limitations aside, it’s the same for men or women. Not that she didn’t take extra precautions during travel, such as having a contact in every country, alerting family, friends, and authorities of her whereabouts and be careful where she pitched her tent—but carrying enough food and water, knowing basic bike maintenance and respecting required servicing intervals – are part of a any good adventure rider’s routine. Riding is also the same experience of freedom for anyone who has the pleasure.

Oh, and yah, and for the last 6 months of her ride, she was pregnant.