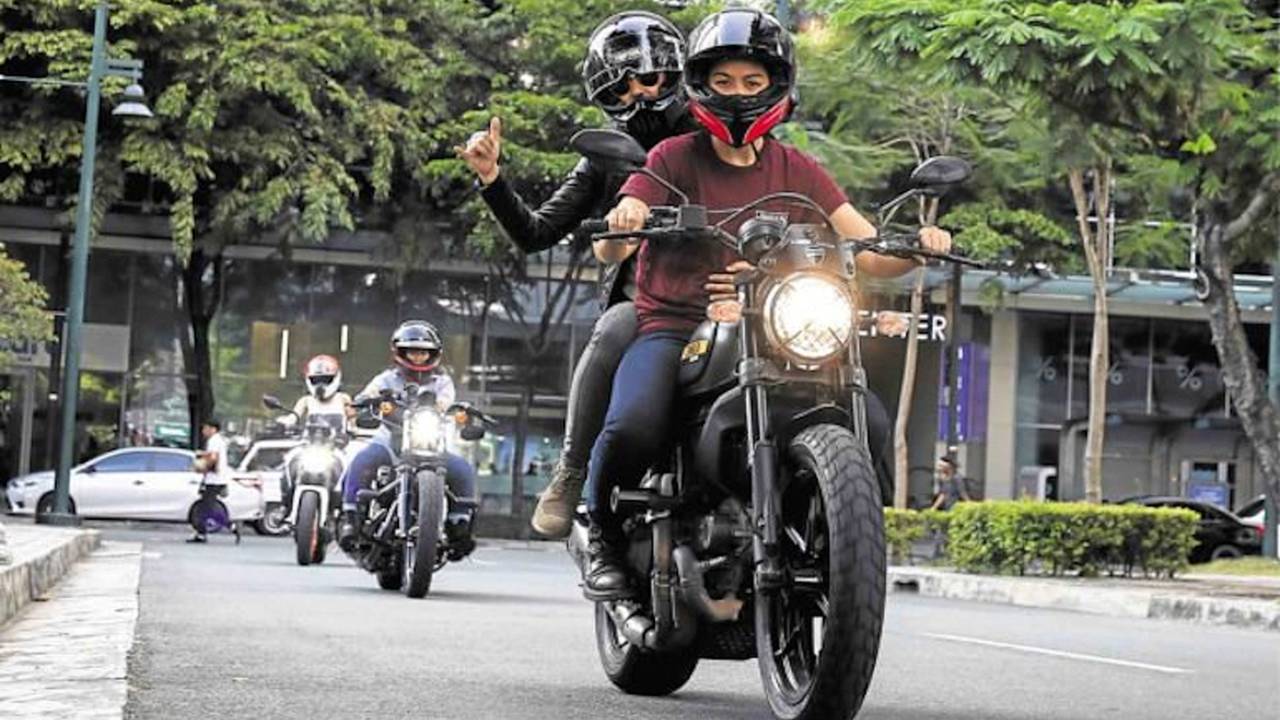 The newest chapter of The Litas, an international women's motorcycle club, recently formed in Manila.

The newest chapter of the Litas, an international women’s motorcycle club, was recently formed in the Philippine capital city Manila. The ladies attract considerable attention when they form up at a coffee shop riding a mix of Harleys, Ducatis and KTMS. They draw more than a few double-takes from passers-by, since big bikes are uncommon in these parts.

“We’re not a motorcycle gang,” Erika Fernandez, one of the three  founding members told the Philippine Daily Inquirer. “We’re a group of strong women with a common interest in adventures and motorcycles.”

The Manila chapter was formed just last month when the three founders met at a dirt track during a riding clinic for women. Founder Gaki Azurin is a personal fitness trainer, musician, and motorcycle video blogger with the YouTube handle GakiMoto. She had been looking for other women to form a club, and hooked up with Fernandez, an advertising company owner, and Carol Karthe, a swimming coach and adventure rider.

“Guys are more daring, it’s hard to keep up with them,” said new member Nikki Orial, who rides a Ducati Scrambler. “They really push it, sometimes more than 100 miles an hour. I get dragged along. It’s really challenging, having to keep up. I don’t like getting special treatment when I ride with the boys. With the Litas it’s more toned down, we’re more equal, and they’re more fun to talk to. With the Litas out there, I hope more women will be encouraged to try bigger bikes.”

“Women and men are completely different in general,” Fernandez said. “Women like to take care of each other. Men like to measure dicks. It’s like a maternal instinct that we possess. It’s a sisterhood. We always say, ‘go at your own pace, I’ll ride beside you.’”

The Litas club was created three years ago in the US, and now has more than 3500 members in 19 countries. Where does the name come from? Here’s the answer from their website: “We get that question a lot. The name came from a drunken bar night between two best friends who dreamed of starting a motorcycle group. They thought it sounded like a sweet name. So, no, it doesn't have any alternative meaning besides badass moto-obsessed women who call themselves The Litas.”

The Litas have few rules, though they do exclude scooters. The club provides a setting for women to ride together, help novices learn to ride, and work on their own bikes. They work as advocates for women riders, but put the emphasis on the fun of riding.

Despite not having prostate glands, last week they crashed a Distinguished Gentleman’s Ride for the fun of it. “We want to show the boys how it’s done,” said Azurin.