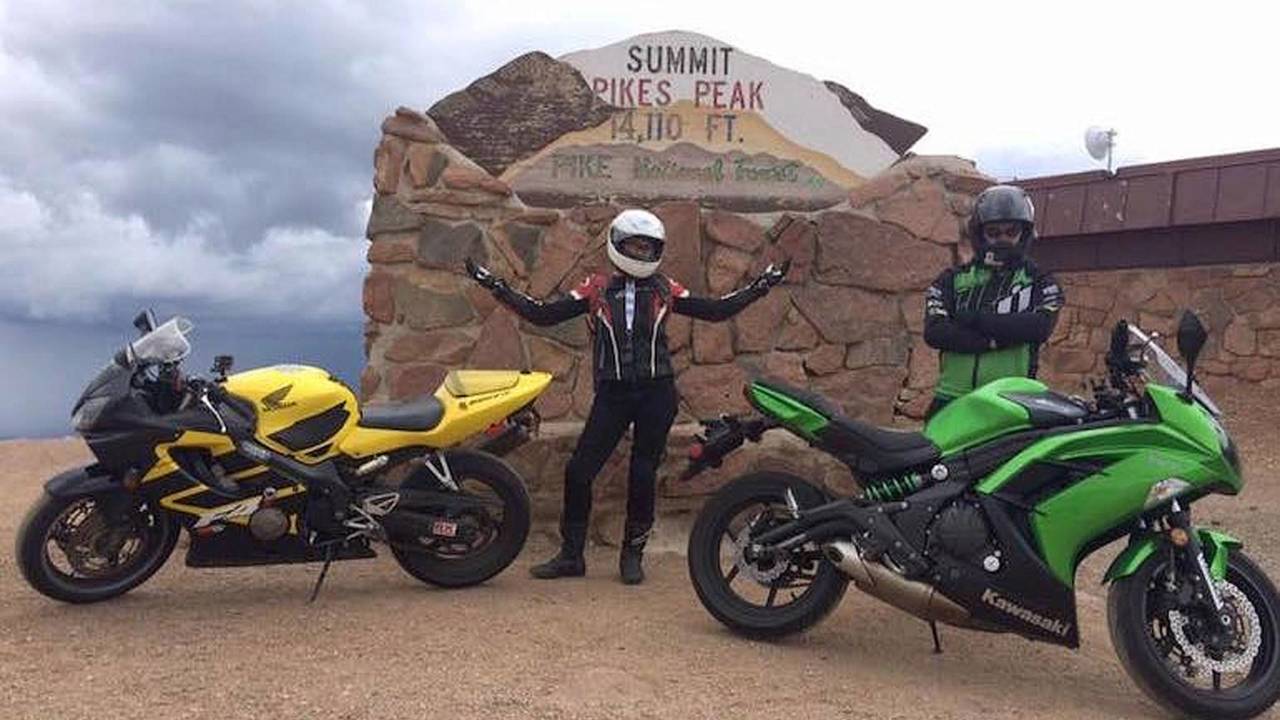 We catch up with one of the organizers of an event that brings female motorcyclists together for a cross-country adventure.

Last summer, a group of women took part a ride honoring a duo of female riding pioneers who were exploring the breadth and length of the United States in a time before women had even received the full vote.

Know as the Sisters Centennial Motorcycle Ride, it approximated and followed routes forged by the Van Buren sisters nearly a century prior, when many of the roads were unpaved or simply did not exist. The ride also payed homage to black riding legend Bessie Stringfield. The group started in early July in Springfield, Massachusetts, working its way through 15 states to San Francisco – just shy of a month later.

Among those on the journey was Queena Deschene, an avid motorcyclist and veteran at the track. Brought in for her marketing and PR skills, Deschene sprung at the opportunity to be involved in the event. Unlike many of the industry veterans involved in the Sisters’ Centennial Ride, this was her first experience working on the other side of the curtain. We spoke to her about her experiences and the people who took part in the ride.

Toward the beginning of the trip, a typical day on the road was packed with activity. Riders were divided into groups based on their pacing – much like a typical track day; they would leave the hotel in the morning, ride until evening, then check into another hotel at night. In helping facilitate that experience, Deschene had to jam a bit more into her days. Though she rode with each of the groups at various points and mingled with many of the other riders, much of her time was taken up by work and on-the-fly logistics. Her typical day involved making sure everyone got out of the door in the morning, riding some 400-odd miles through exhausting conditions, arriving at a hotel to get people settled, attending a staff meeting, calling ahead to contacts in the next city, then getting up at 5:30 am the next day to do it all over again. While that docket of tasks may frighten many away, Deschene said she enjoyed seeing the event from an industry perspective.

Besides, she still managed to take in the scenery and get to know her fellow riders. While there were certainly memorable strips of pavement and and even more memorable views, it was having people to share it all with that made much of the trip for Deschene. Showing up without knowing anyone, then getting to see everyone’s personalities was part of the magic of the trip, she said. They all started off as strangers then bonded through the journey. Each of the riders brought their own stories to the event. Some were going on the trip to get over a relationship, while others were going just because they had the time. Some had plans to hit specific milestones, such as taking a photo at the Golden Gate Bridge. But most imprtant for Deschene  “was experiencing everyone’s emotions over the three weeks... It was so fun. It was like one big girls campout."

And like anyone coming back from a great campout, Deschene could not wait to talk about some of the people that really made her trip: Sarah Van Buren, grand-niece of the sisters and a new rider, and Olivia Solero, a New Yorker with a maniacal obsession for finding stickers for each place visited, were Deschene's roommates on the road. There was also Mia Weller, a school teacher, who would write things on her windshield – adding a festive element to the group. Another rider, Durga Krummer, “was always prepared and always ready to go," Deschene said. "Not exuberant in persona, she (was) always smiling and had her stuff prepped every night and was just ready to go.”

Then there was Sarah “SeCCRet” Moreau (the CCR stands for “Cross Country”), who served as a road captain and enriched the trip with her knowledge of the women’s journey. She was a font of information about the riders who had preceded them. Moreau holds Bessie Stringfield as a personal heroine and, in fact, would accomplish her dream of breaking Stringfield’s record of eight cross-country trips on an Indian motorcycle by the close of the trip. Deschene remembers how she would frequently see SeCCret pulled off the side of the road snapping photos throughout the journey, enjoying the adventure while closing in on her goal.

Gin Shear and Sue Slate, founders of the Women’s Motorcyclist Foundation, led the fast group. Deschene noted that though they were older, they’d be blasting along, really getting after the road at a good pace. Other members of the group were of similar ilk, such as Erin Sills: a member of both Bonneville’s and El Mirage’s prestigious 200 Mile-Per-Hour Clubs, recipient of the American Motorcyclist Association’s 2014 Female Racer of the Year, and 20-time global and national land speed record holder, with two Guinness World Records to her name.

It was on the road that the character of the riders began to show. Having done a lot of canyon riding, where some of the guys would just want to see how fast they could jam through a section, Deschene felt most of the women were more experiential – frequently researching points of interest along the way. Deschene noticed that everyone seemed to be considerate of one another and more adventurous when it came to exploring.

There were many challenges, which further highlighted the group’s dynamic. The riders “were near heat exhaustion at so many points,” said Deschene.

Going through experiences like that together helped the women bond. Though there were some spats, riders came together and made sure that feelings were acknowledged, and then reaffirmed that things would be OK.

“Everybody would check in with one another," Deschene said. "Every morning, everyone greeted one another.”

Pikes Peak, though a highlight of the trip, presented other difficulties. In contrast to the severe heat in earlier portions of the ride, ice on the road delayed the group's progress, forcing the women to wait two hours for it to clear. Summiting the peak caused three or four people to begin feeling sick due to the altitude change, and Deschene shuttled them back down. However, after summiting the peak, going back down to hang out and regroup, then returning to the summit for a commemorative photo, the group was largely in high spirits. Deschene pointed out that this down and up dynamic was a daily part of her experience on the trip.

Whenever adversity arose, the women exemplified solidarity and support, Deschene said. One rider sustained injuries at Pikes Peak that forced her to return home early. She was older, and didn’t have much income or health insurance. So, some of the riders took to gathering money and presented it to her in an envelope an evening or two later. It was a just shy of $2,000. Deschene said that it really stood out how everyone recognized that one person needed help, then pooled resources to do something about it. It was unexpected and surprising, yet completely in line with the sort of camaraderie that had developed over the journey.

In spite of some the tribulations of the trip, Deschene said everyone was able to put their differences aside and enjoy their finale party in San Francisco together. She described that connection between the riders as addictive, a tangible “collective force” of care and support. For her, the trip underscored the importance of both travel and being able to commit to something. She felt every rider on the trip had made that commitment. Having a supportive group did a lot to facilitate the plunge into the unknown for many of the riders. Deschene believes it was life-changing.